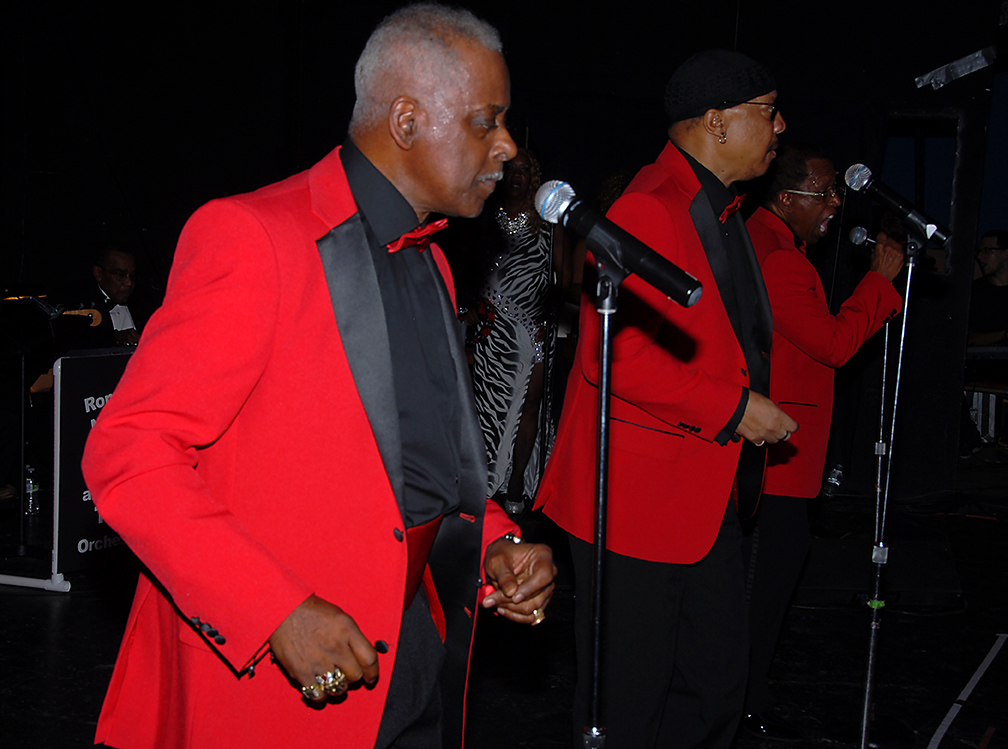 I had been introduced to Fast Freddy Anderson at the four-day Detroit A Go-Go live shows in October, 2017. Freddy was singing with The Capitols, backing the original lead singer Donald Stroball, and dancing to the classic “Cool Jerk,” recorded in Detroit at Golden Worlds Records (1966). 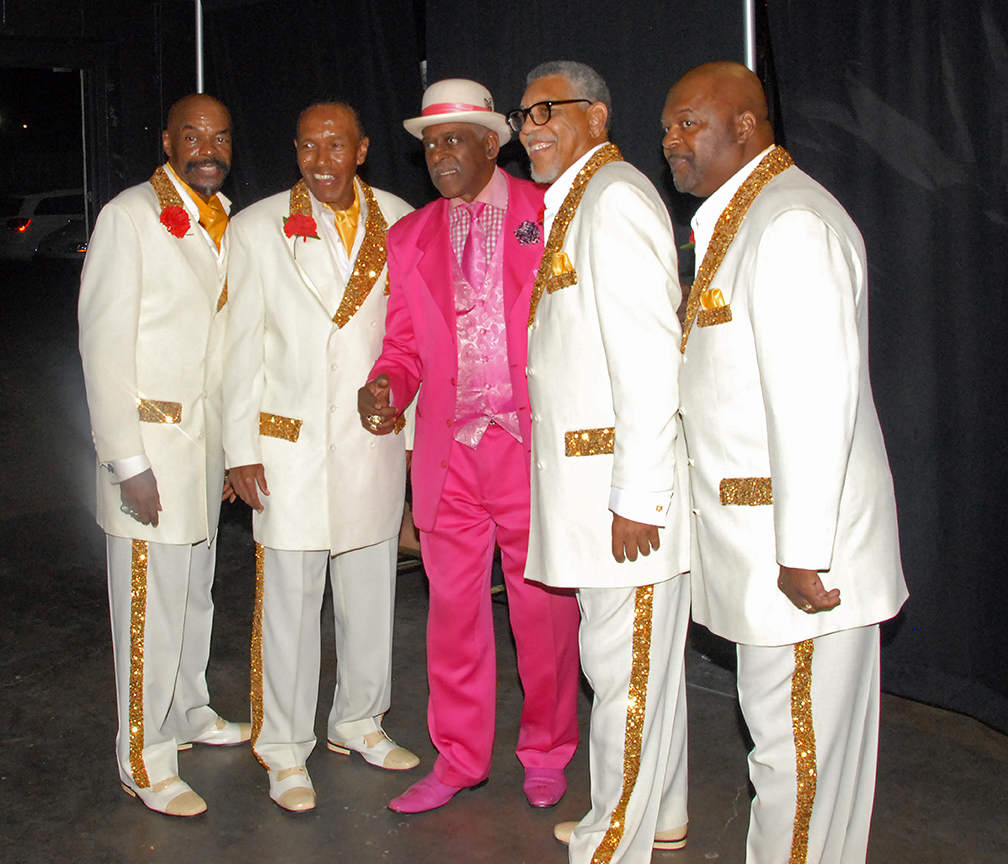 I took a second photograph of Fast Freddy backstage. I walked in to a perfect photo setup:the Fantastic Four in matching white suits trimmed in gold, surrounding Freddy in a magenta suit, matching hat and shoes. Amazing. 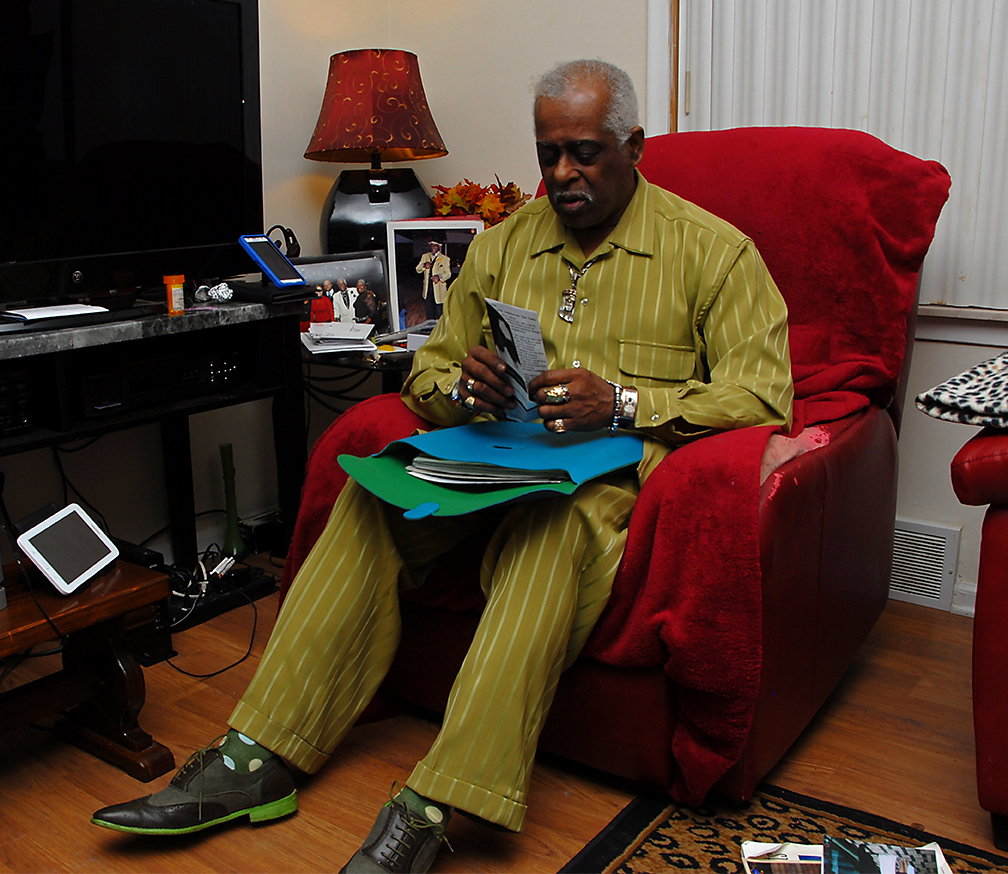 Now 70, Fast Freddy Anderson developed his interest in stylish clothing from his parents. ”They always dressed,” he said. In a a six-page article in the September, 2000, issue of GQ Magazine, author Devin Friedman followed Freddy around Detroit and photographed him in a series of stunning, coordinated hat-to-shoes outfits. Freddy showed me the article and various other print stories that spread his fame at home and farther afield. 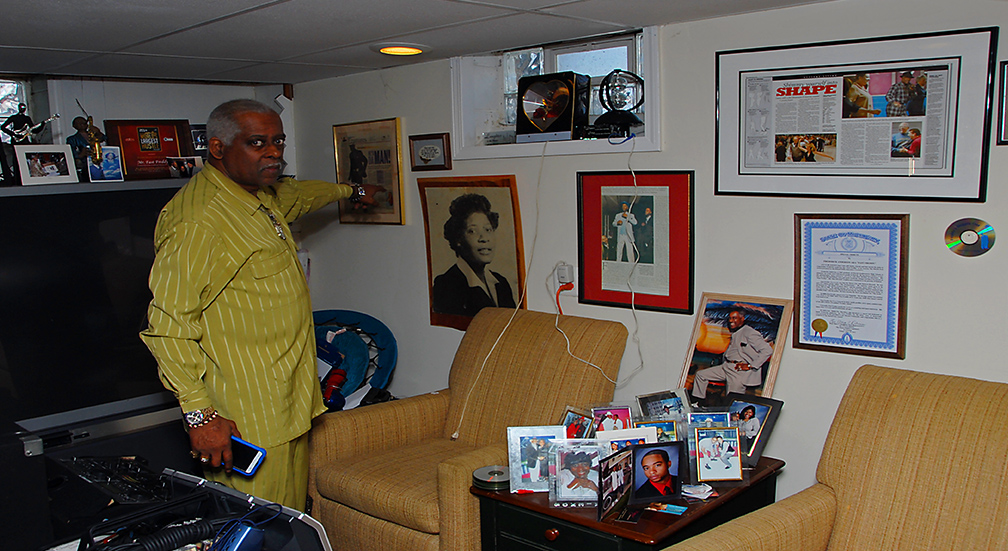 “Come on. I’ll show you my man cave in the basement. I have over 100 outfits that I can still wear.” 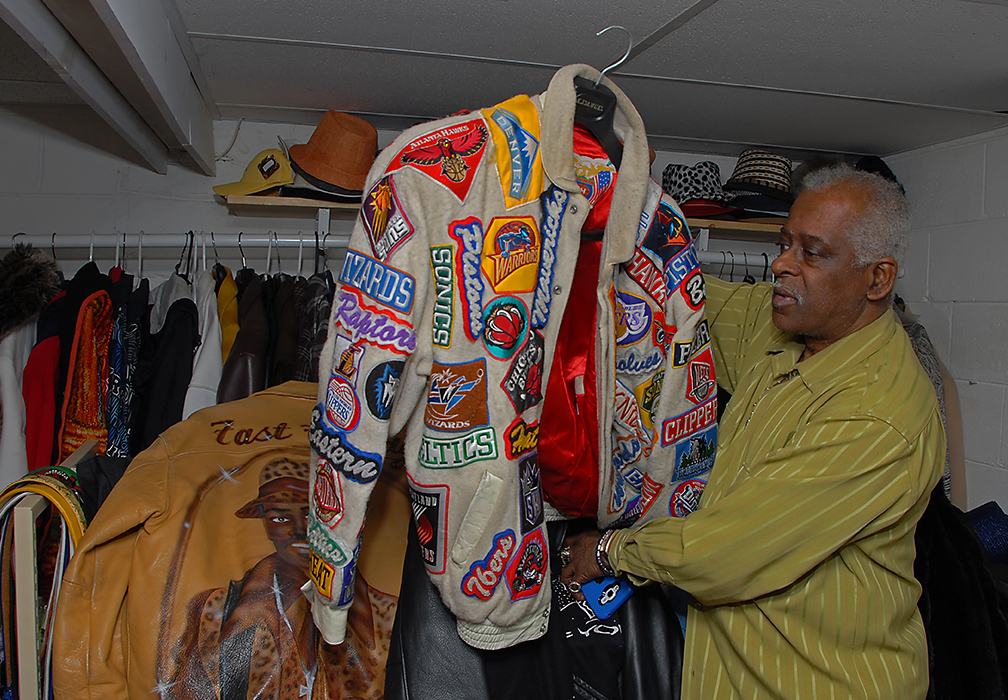 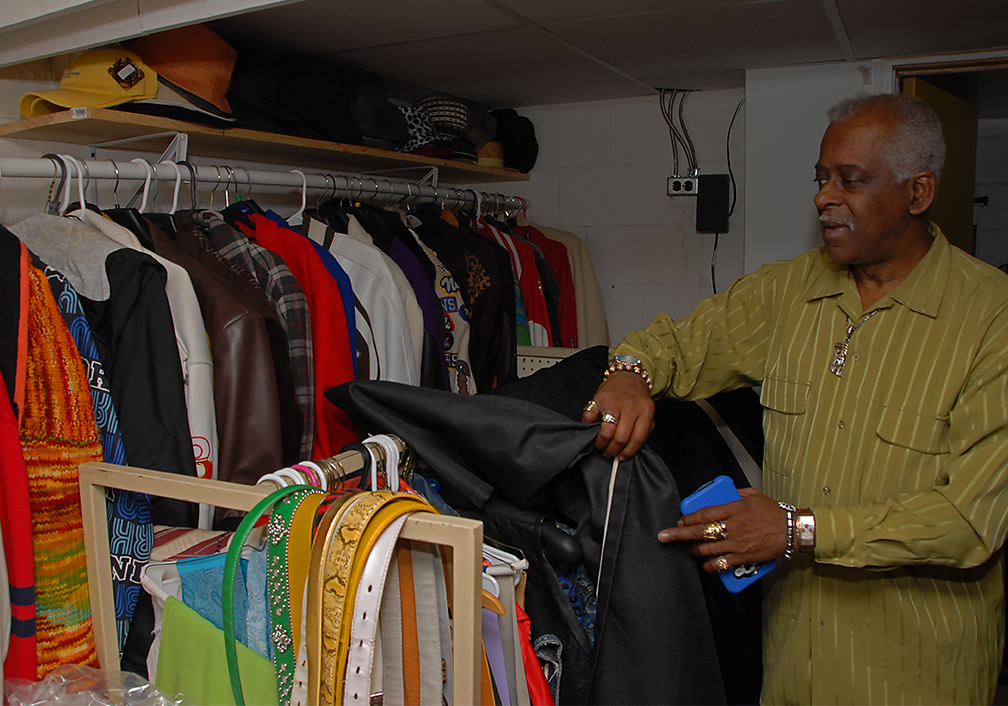 “I have to watch my weight, I wear a different outfit every day.” Freddy started a modeling career at 16: he became “Fast” thanks to the speed at which he could change outfits during fashion shows. It is well worth looking at Fast Freddy Anderson’s website:http://www.adtype.net/freddys_bio.html 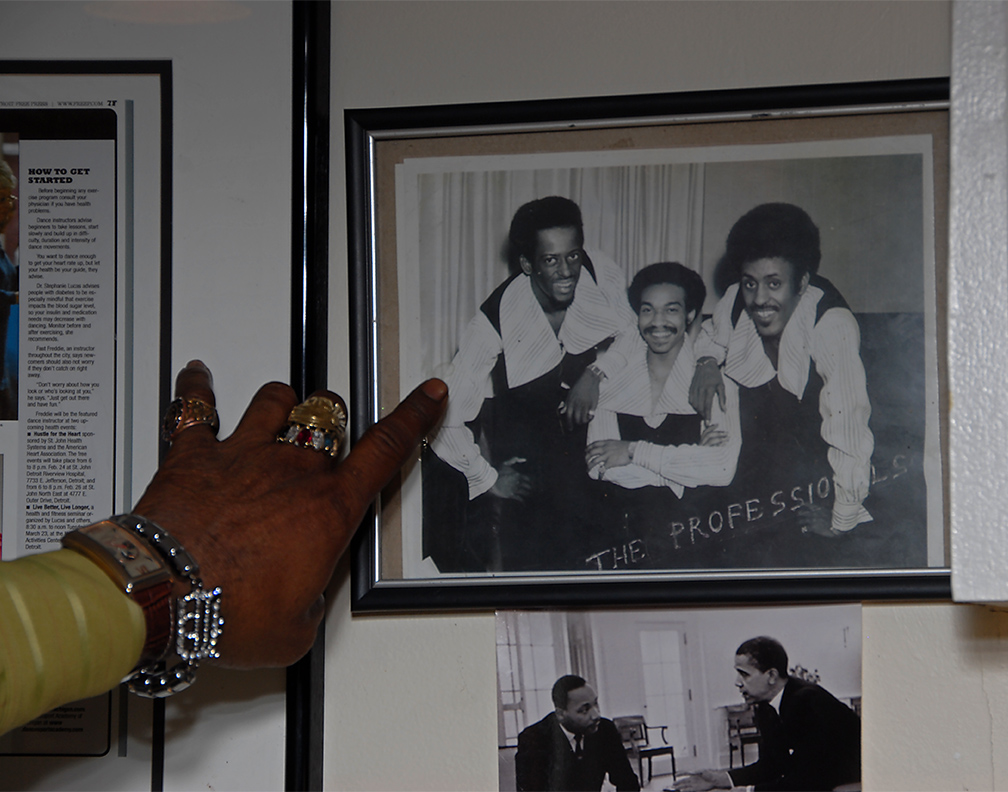 He later became a member of The Professionals, a dance trio that opened for many Motown acts locally. 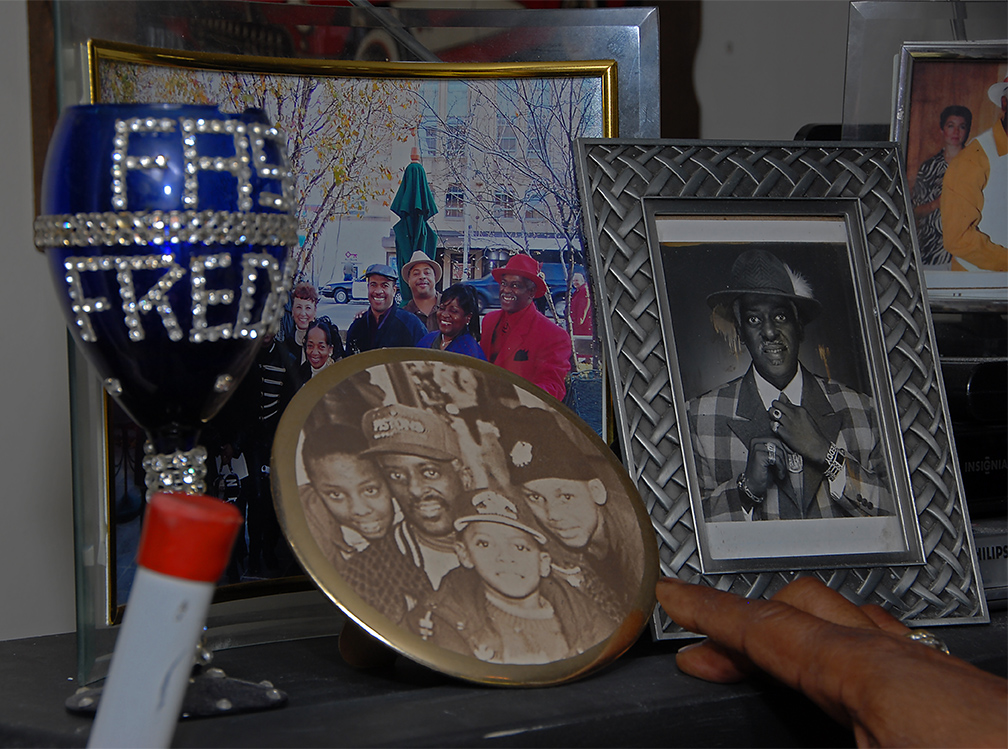 He also supported his family with a 20-year career as a hospital surgery-room attendant. Presently Fredddy makes public appearances, teaches dance classes, and continues to be a good father. 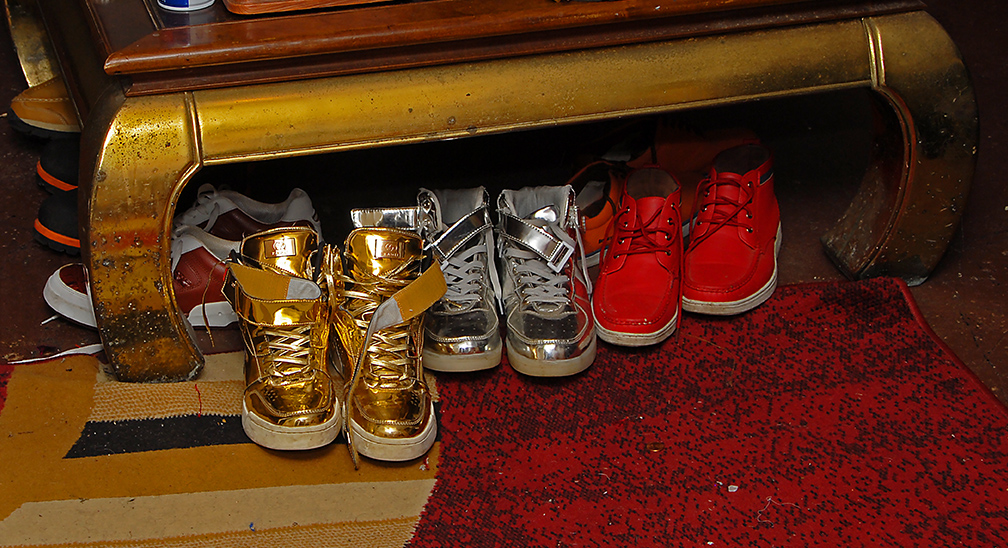 He has continued collecting amazing outfits. 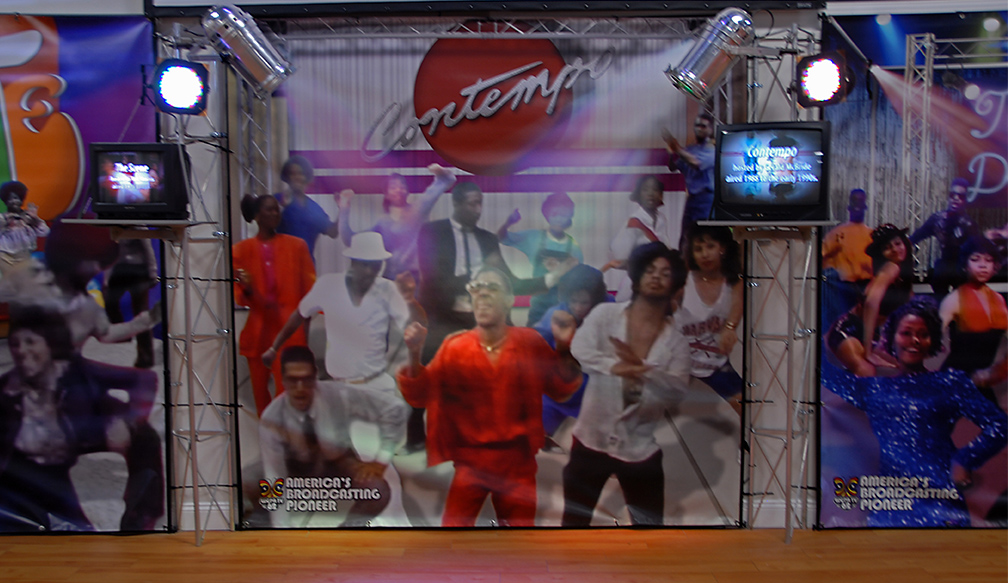 Fast Freddy was the dance coordinator for 10 years of live broadcasts  at the nation’s first black-owned and
-managed TV station,WGPR. The old studio, on E. Jefferson near Belle Isle State Park, now houses a wonderful museum. He appears in the picture in white hat and clothes.