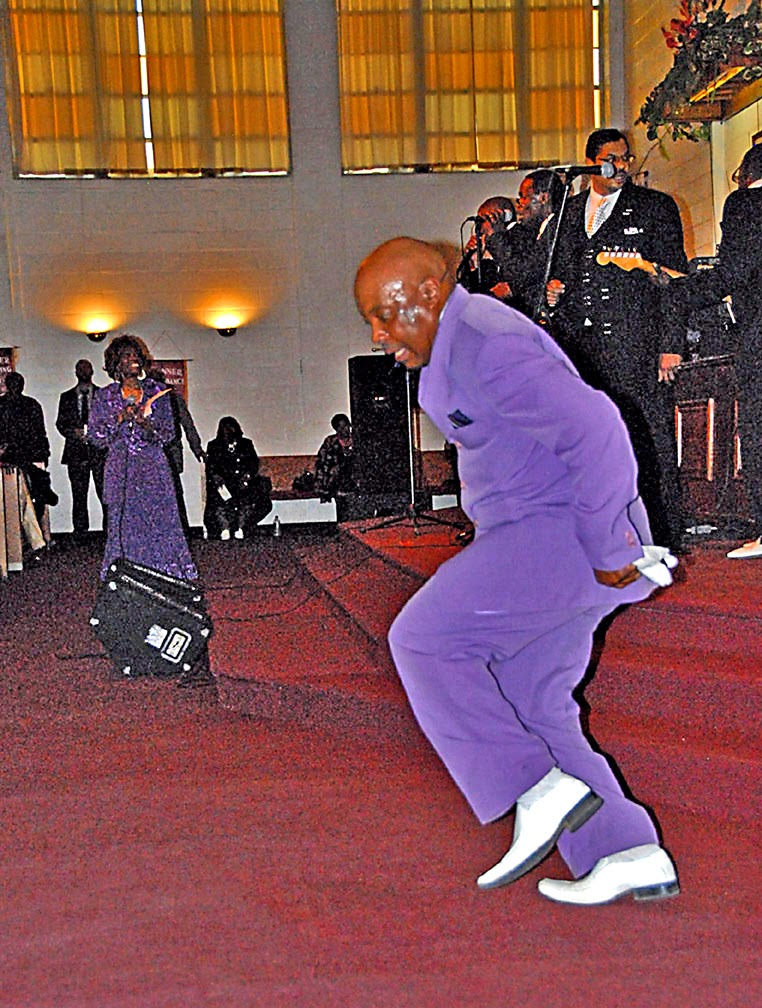 INITIALLY I thought that the man in the blue suit with white shoes, was a gospel concert groupee.  Not true. At 65, Nelton Shorter has been “clean” for 20 years. He credits finding Jesus as the solution to past troubles. He attends gospel concerts to dance and “Praise the Lord”. He never stops moving. 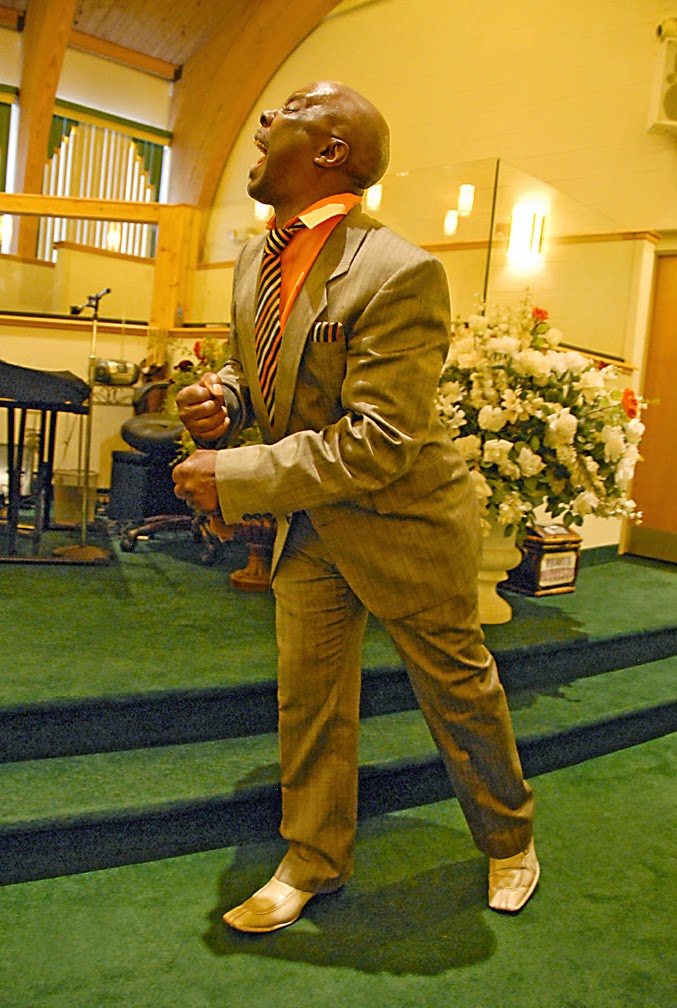 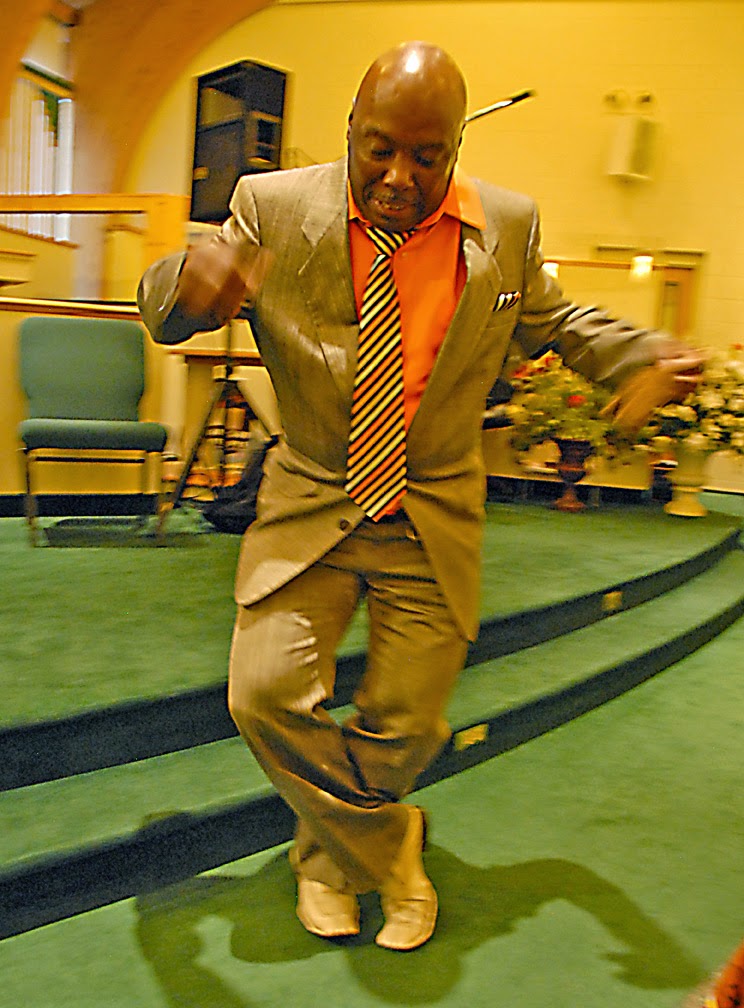 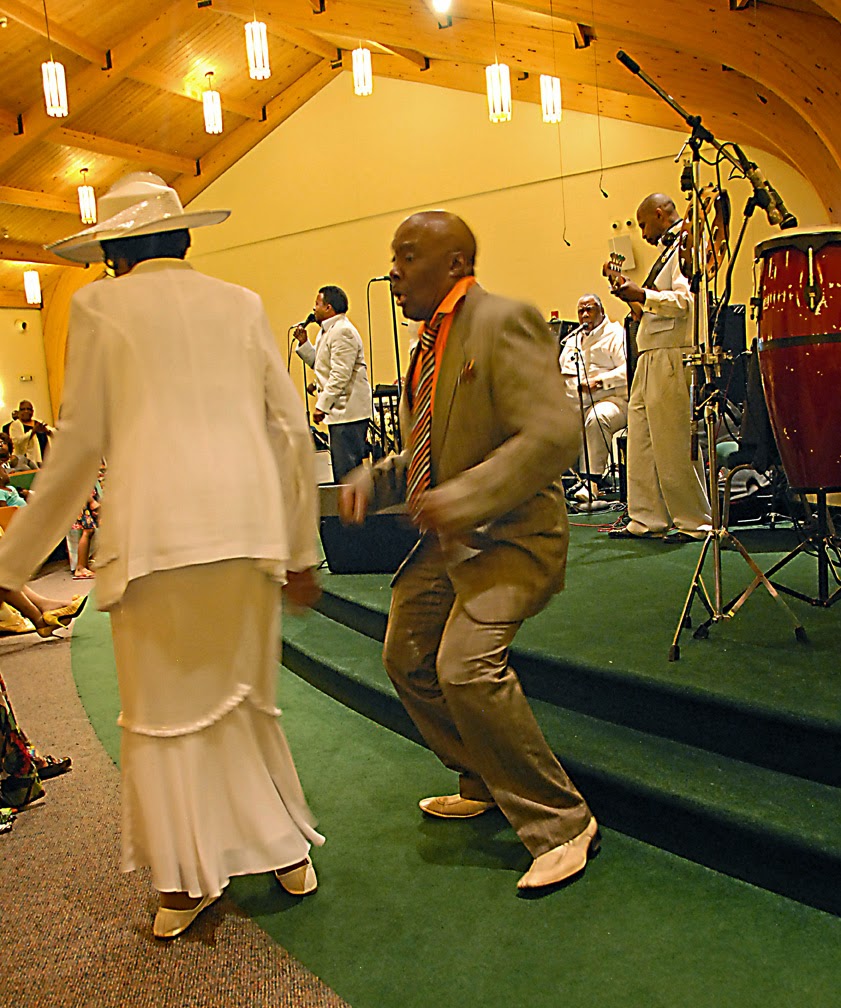 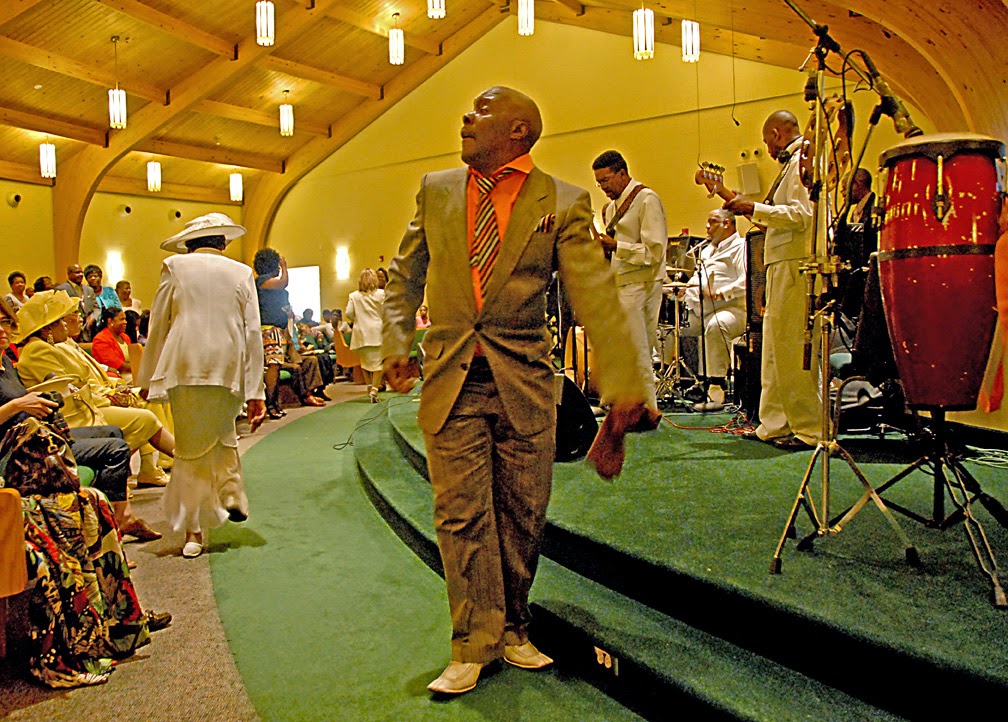 The second time I saw Nelton was at Heavenly Stars of Detroit 42nd Anniversary event. Attending was another regular audience member Anna, dressed all in white, who shuffles up and down the aisles. She must be in her 70’s. Nelton and Anna pass each other with grace. 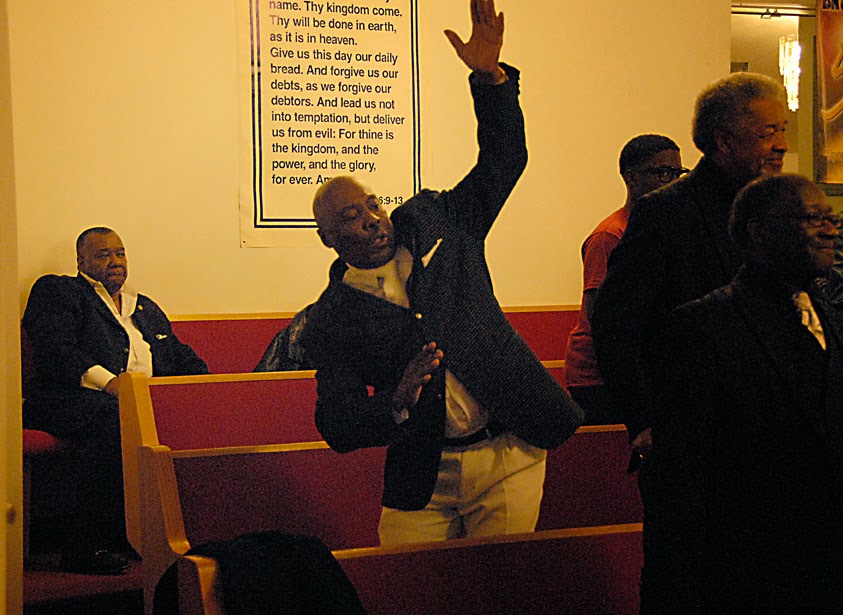 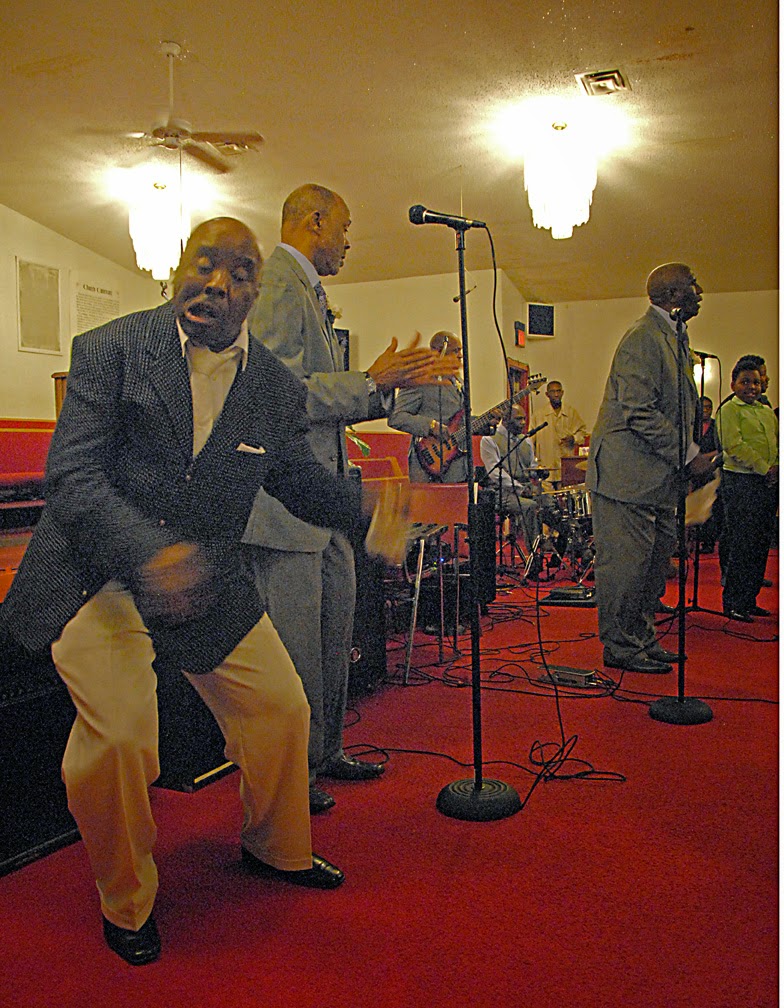 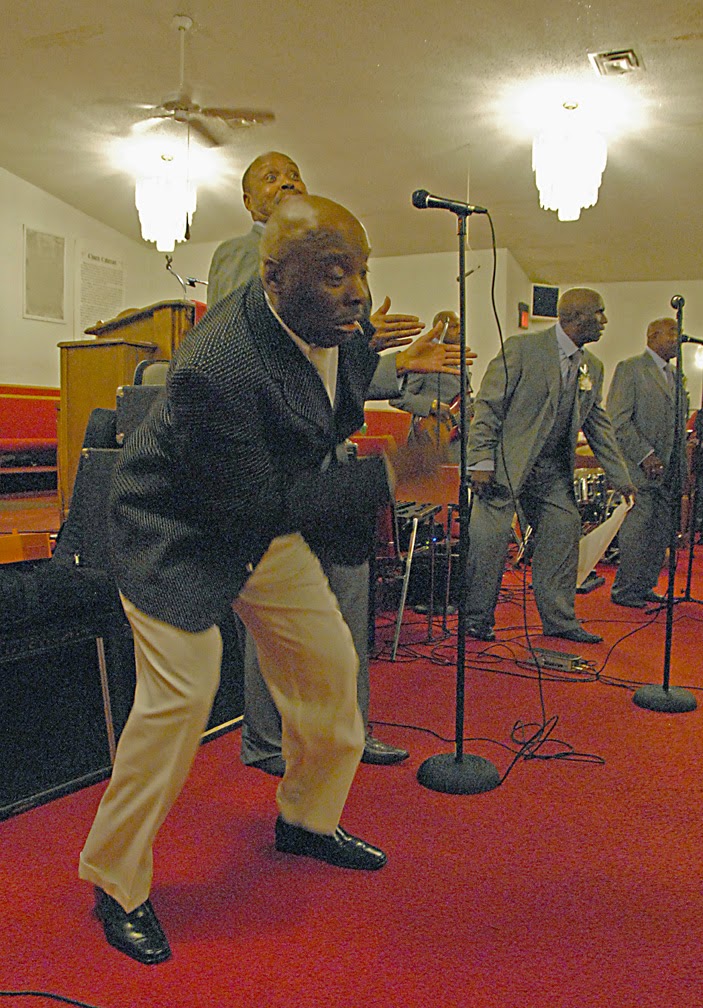 Detroit is a world center of gospel music. The roots of this music spans many generations and generating internationally known artists and groups…  all firmly rooted in these local churches. Concerts often are an anniversary event of a gospel group. Laced with prayer, the event is actually a review of six to eight Detroit acts, each performing for 10-15 minutes, often with a headliner national gospel act as an additional draw. The audience ranges from 200-300 people, well dressed, a lot of kids, and very friendly.

Nelton is there. His outfits color coordinated, loose and attractive. Amen.