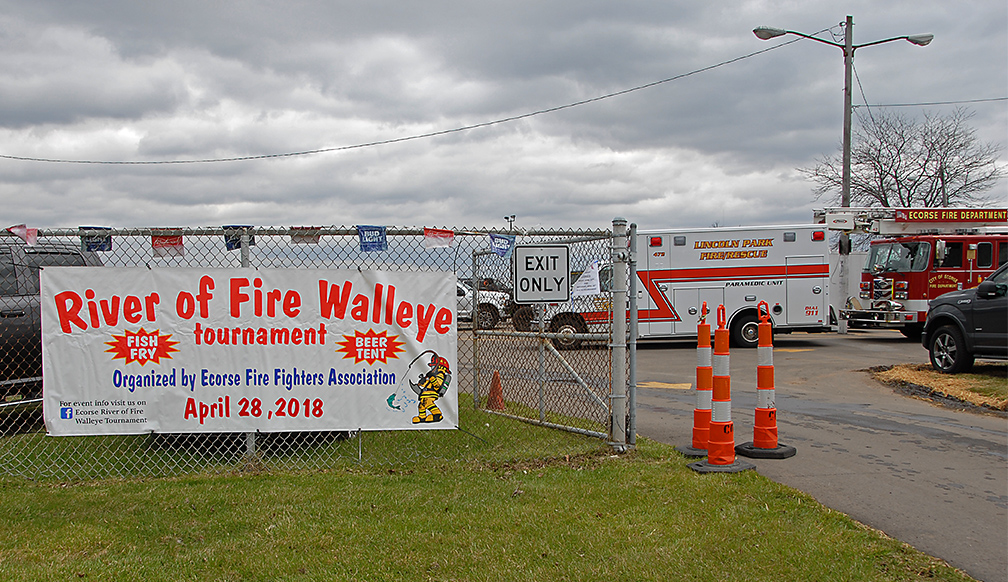 I arrived late to the City of Ecorse annual River of Fire Walleye Fishing Tournament. 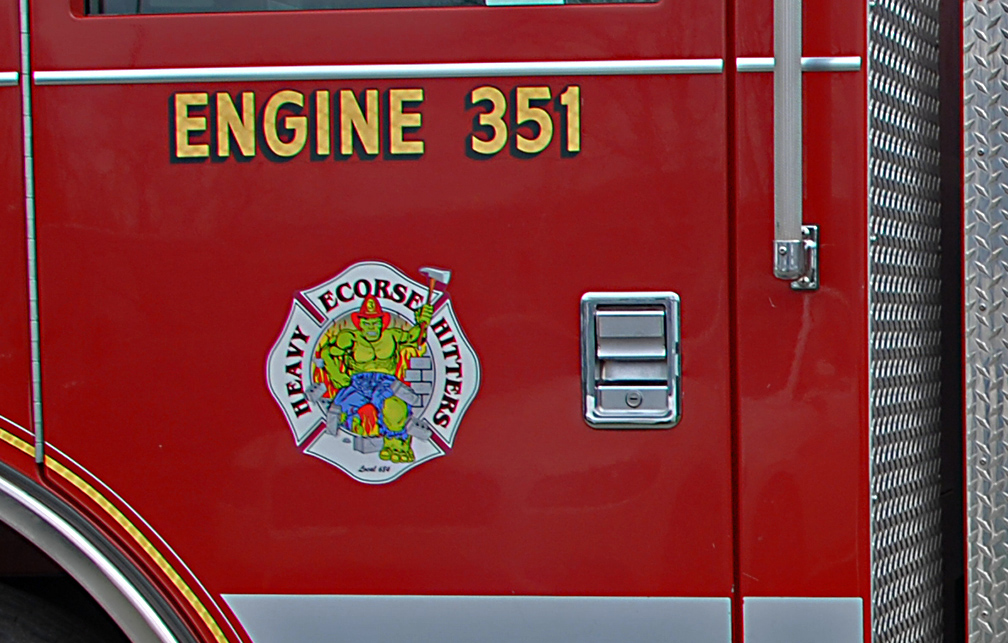 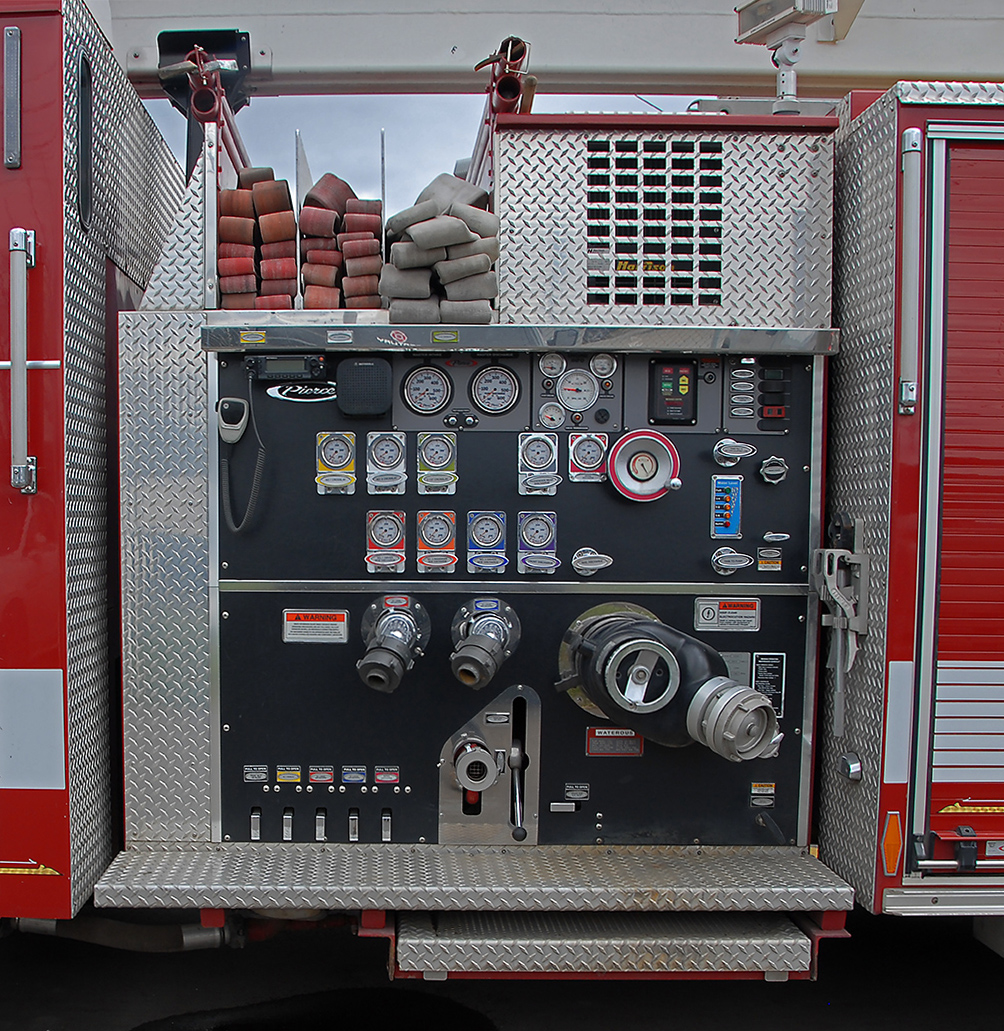 proudly displaying their shinny fire engine parked at the dock gate in case of fire run. 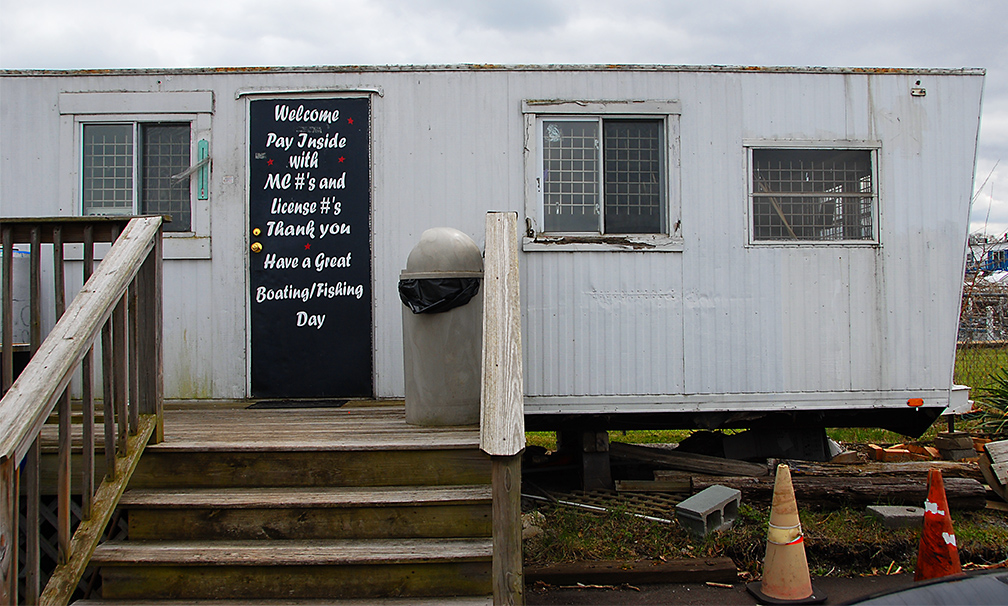 I didn’t see any “River of Fire”. The Ecorse Dock office on the Detroit River was closed. 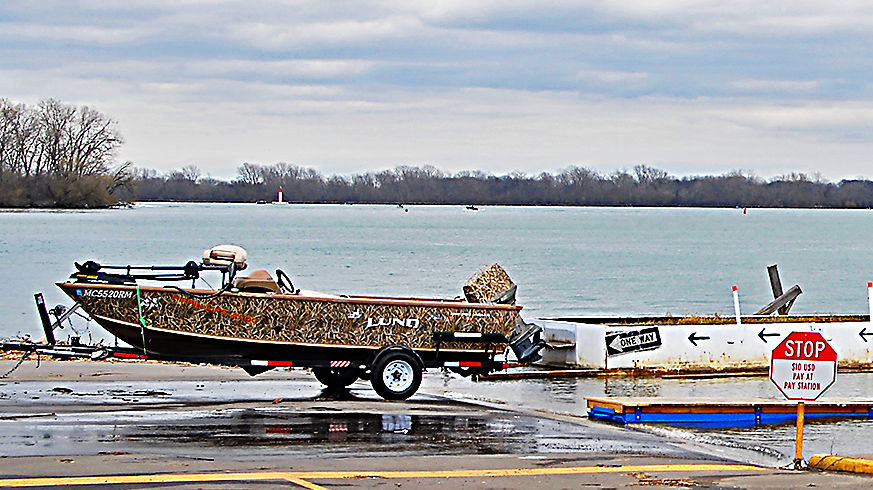 and there was only one “camouflaged” boat coming out of the river. 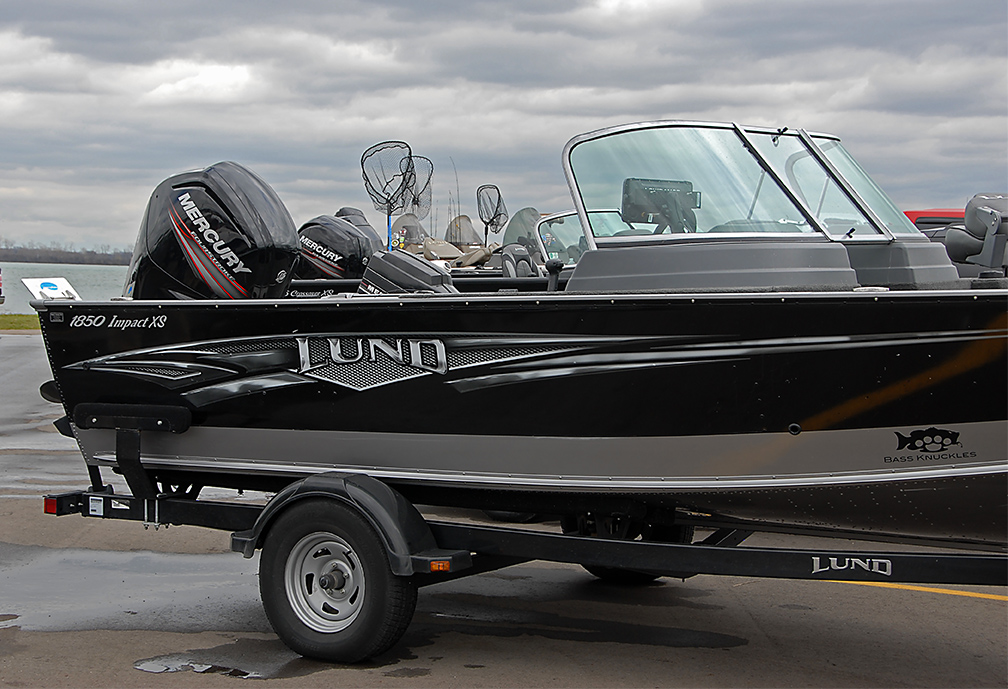 The parking lot was packed with snappy fishing boats, motors, and trailers.  Many boats were camouflaged (to make it easier to sneak up the fish?) 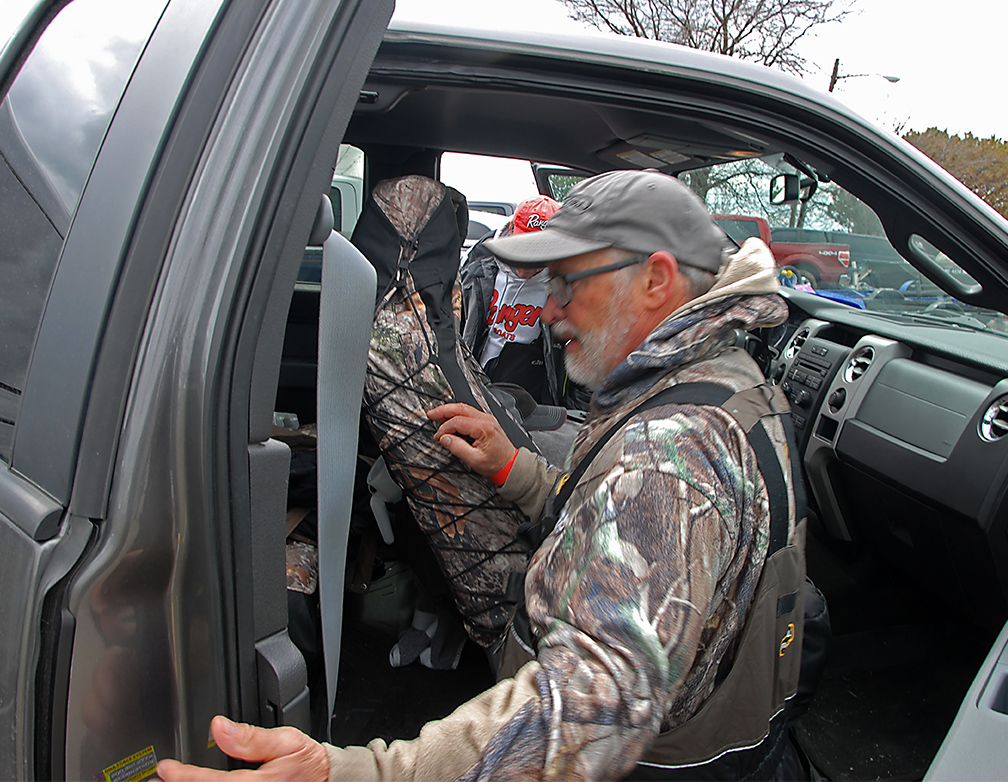 attached to shinny pickups complete with “camo” seat covers. Some of these rigs can cost $100,000. 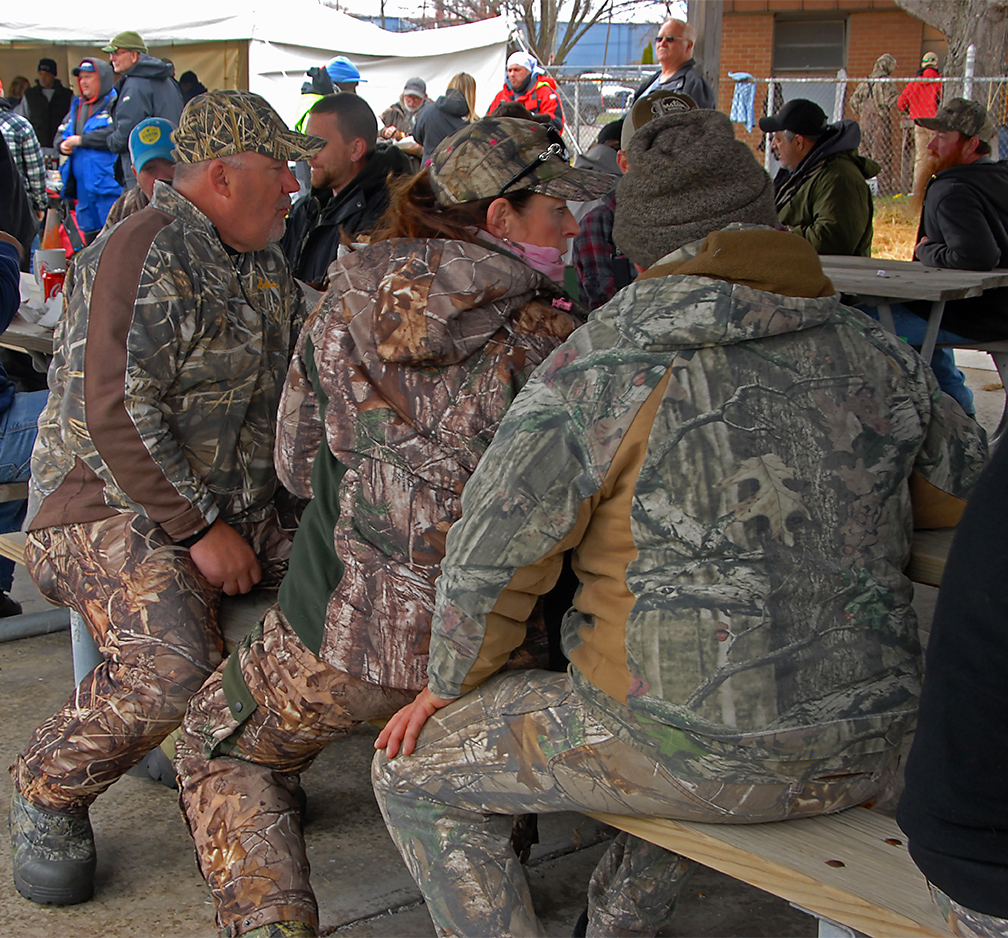 The basic dress was “camo” suits with large boots. I don’t get the idea of trying to catch fish when you look like marsh reeds. 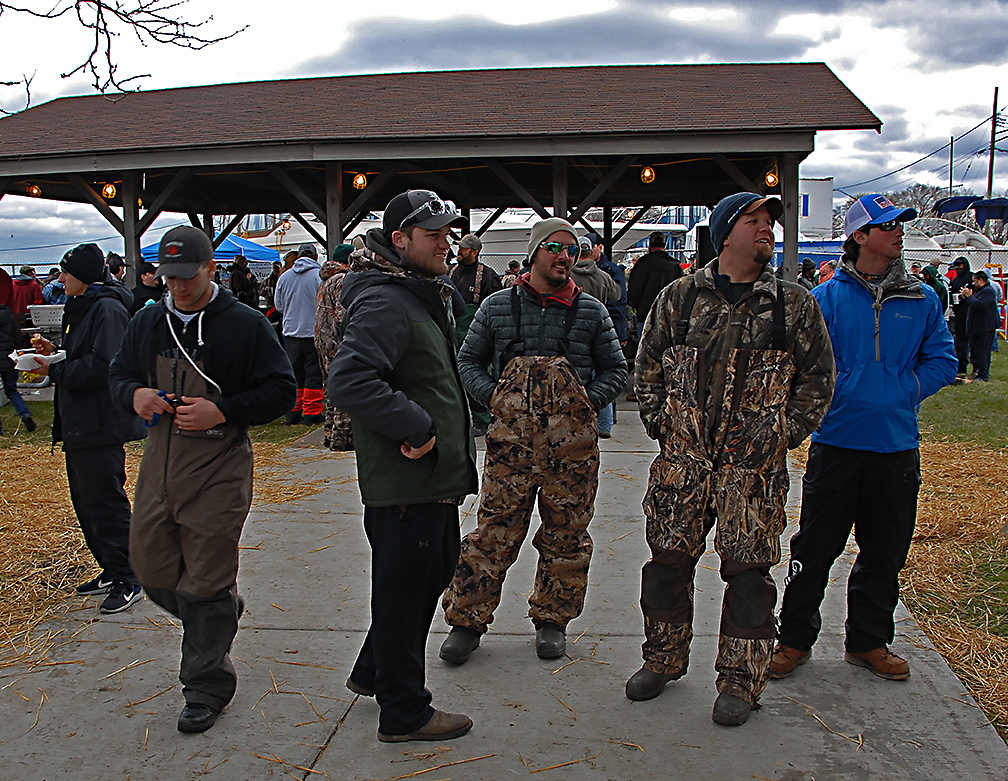 “Well, we are hunters, too, and we do not want the ducks, deer, and turkey to see us coming”. 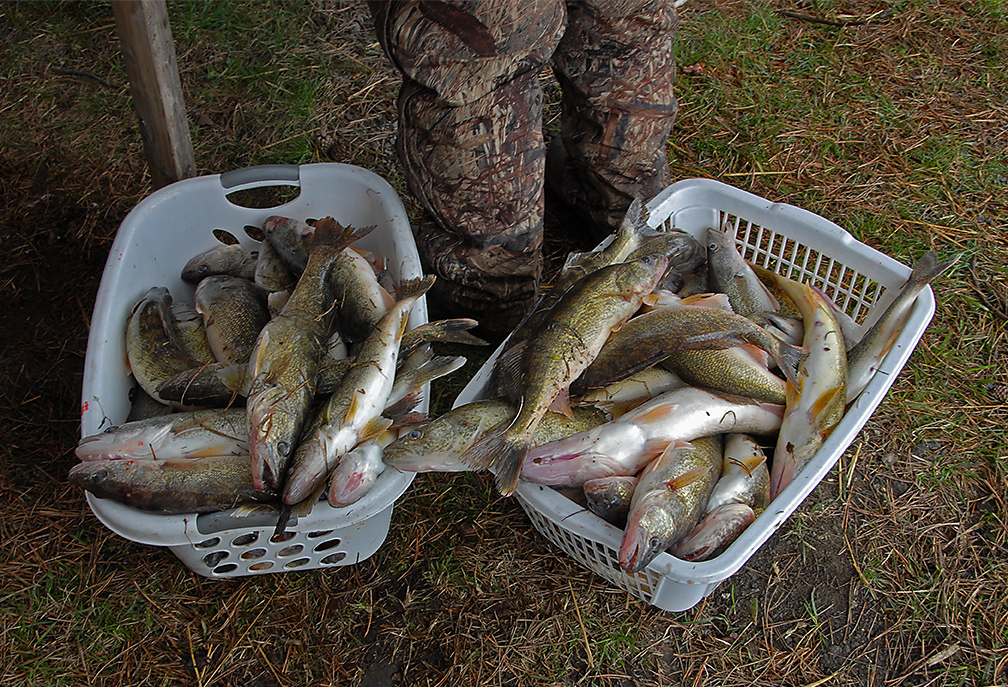 The name “walleye” refers to the location of the eyes on the side of the head. Downriver was Lake Erie, where the surviving walleye hoped to have a little rest. 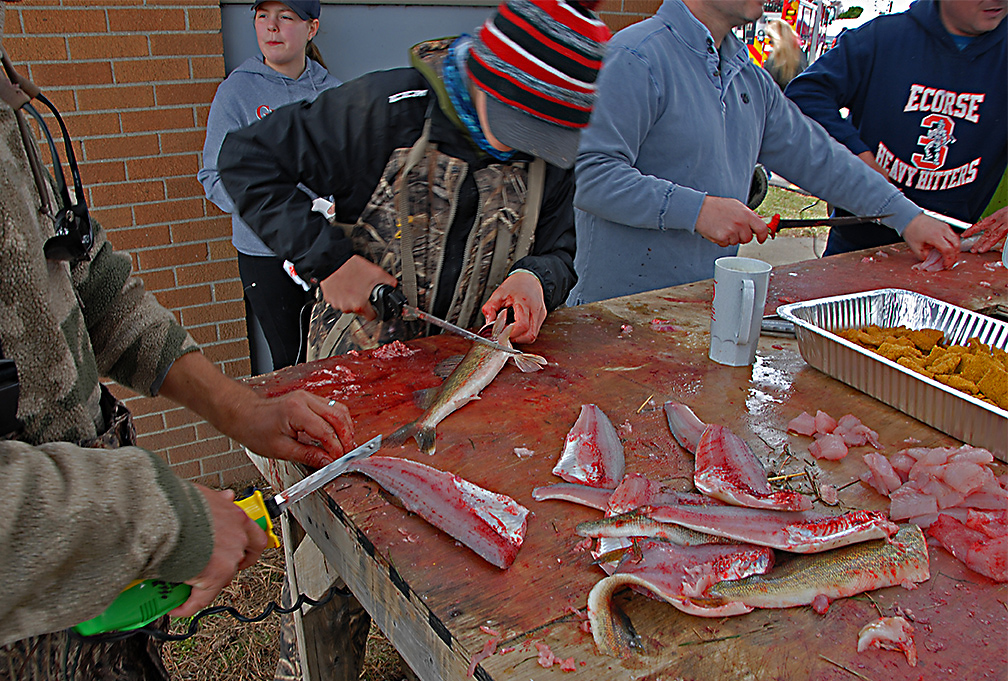 The fishing tournament catch is delivered to the processing table in preparation for a 3 pm fish fry. 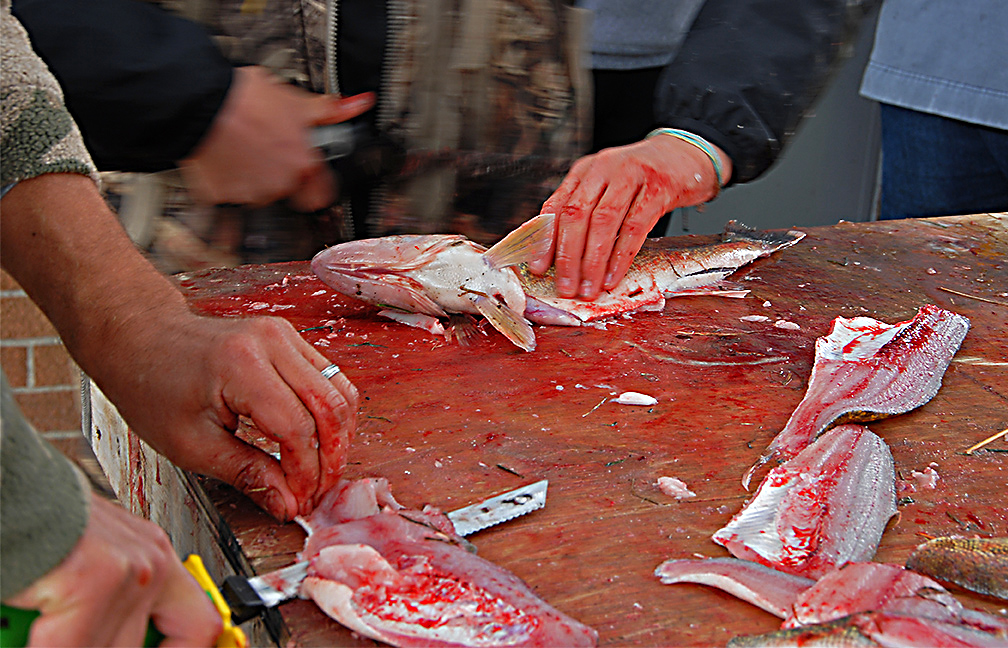 The table consisted of teenagers and adults, armed with electric turkey carvers filleting the fish. They cut up the meat in cubes and sent it on to the frying tent. 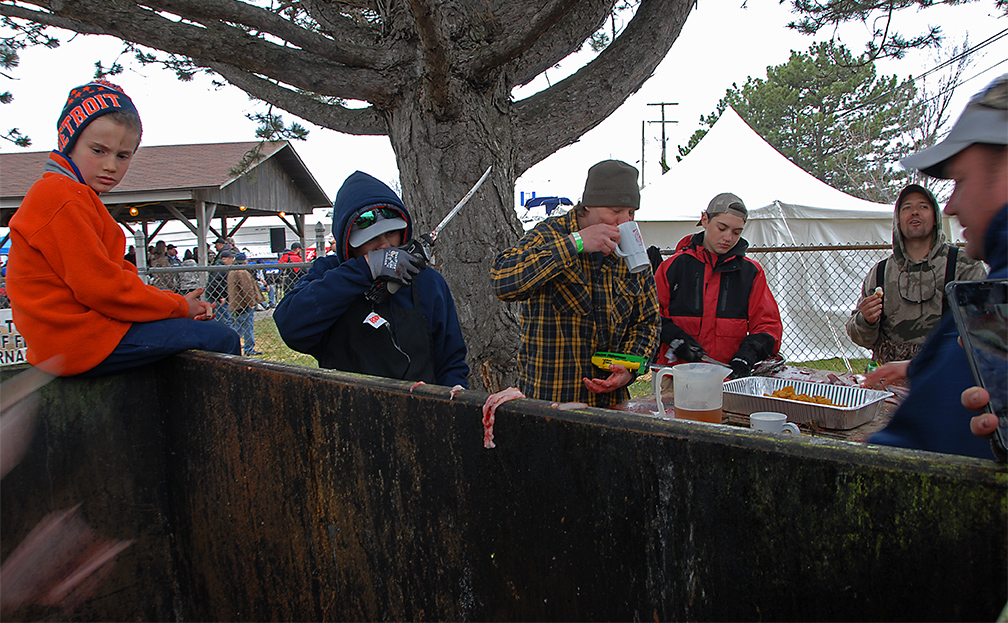 No one seemed to know how big a catch the event produced for charity. The scraps all went to the dumpster. 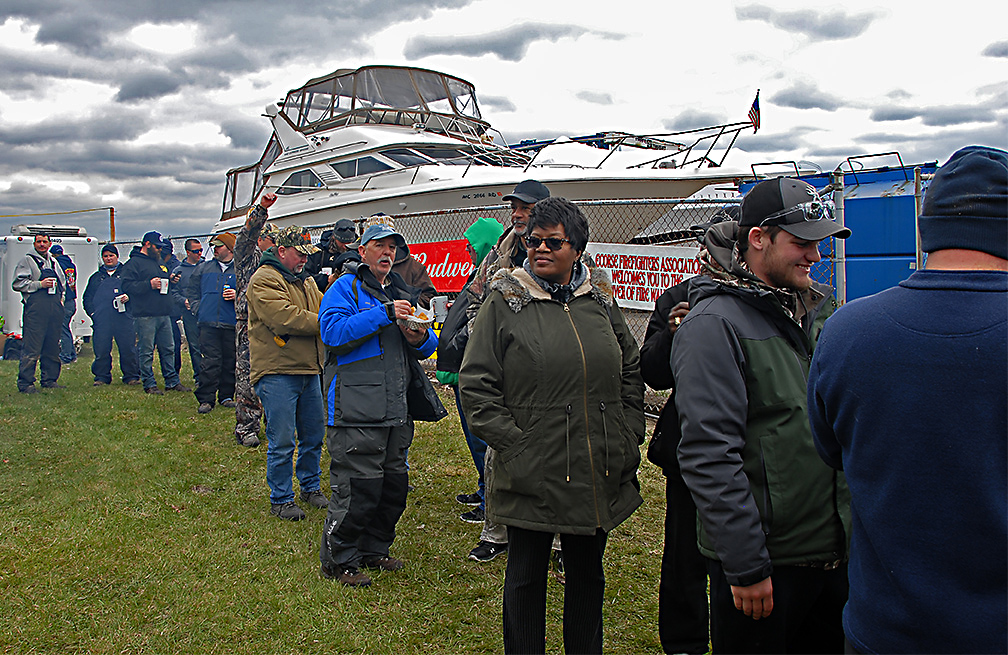 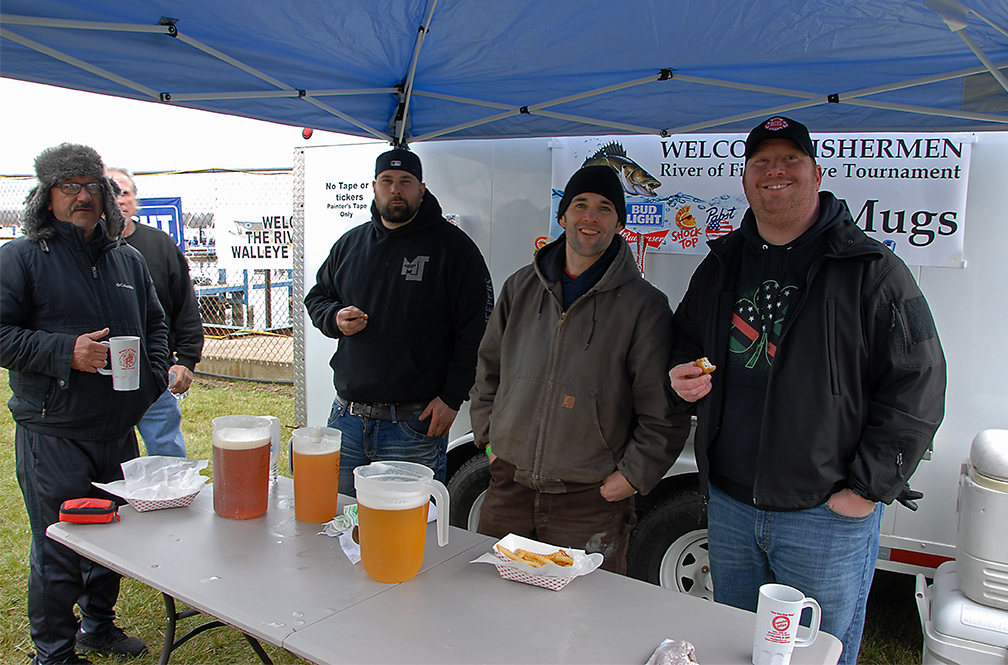 The “camo” crowd formed a long line past the beer tent. 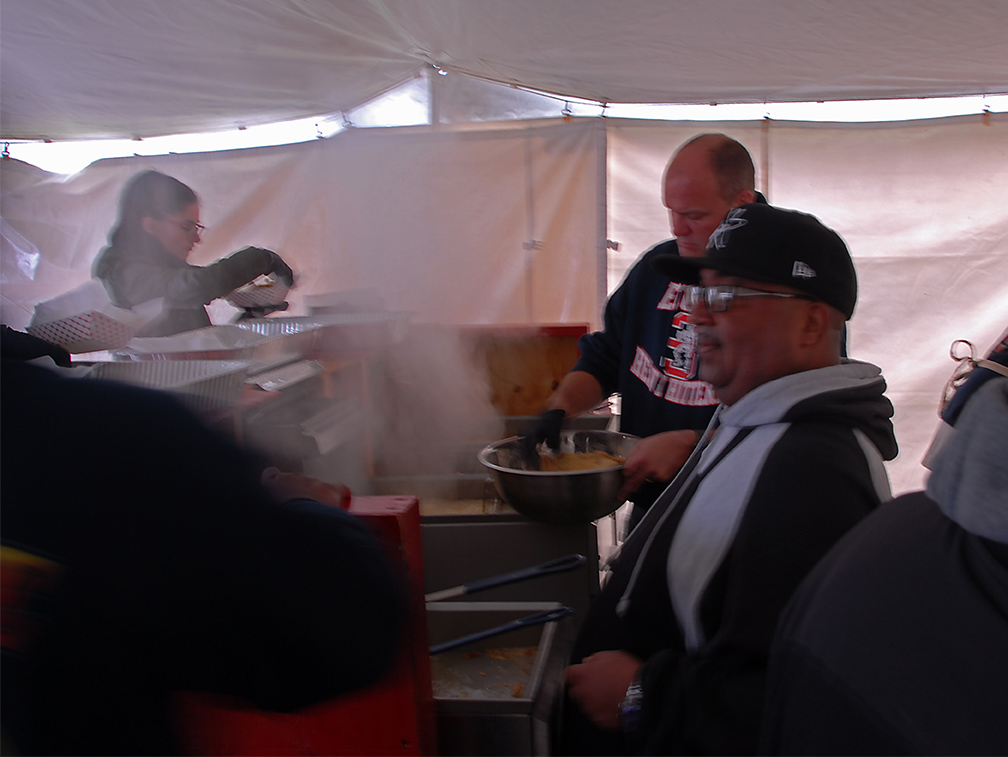 For a donation of $5.00 you got cubed, deep-fried fish with fresh-cut potatoes in smoked filled tent.      It made a good meal.

With 200-300 sports men and women on the bank of the Detroit River, all went well.