Most of the architectural canvas is gone too. 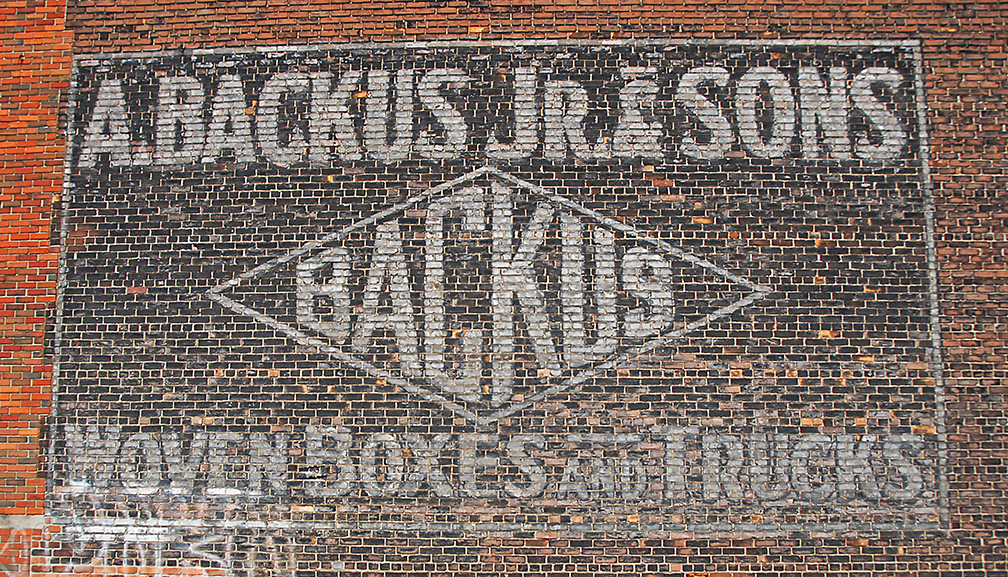 Absalom Backus came to Detroit in 1867, from unknown parts, and started a woven box/basket company with his brother and sons joining later.  Backus baskets were noted for shipping dogs. 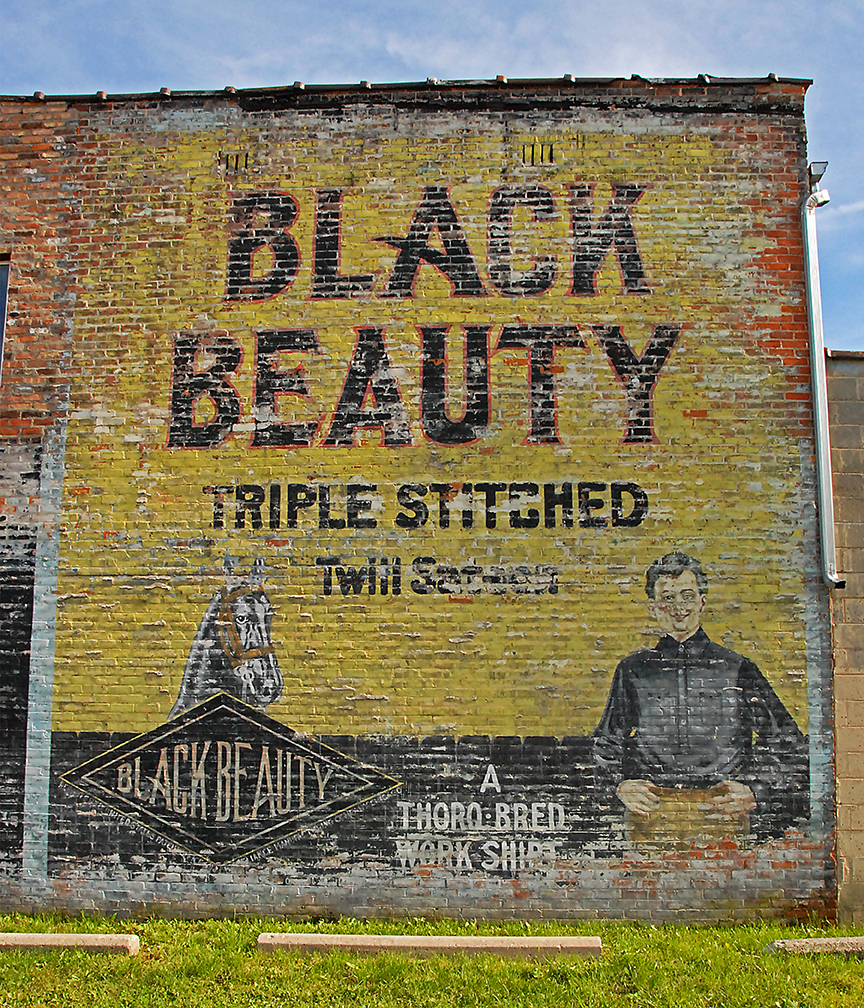 Black Beauty Triple Sticthed  Shirts, copyright 1914, stood as an excellent wall advertising on Hamilton Ave. Detroit.  You may learn more here about this wall and the loss of the images. 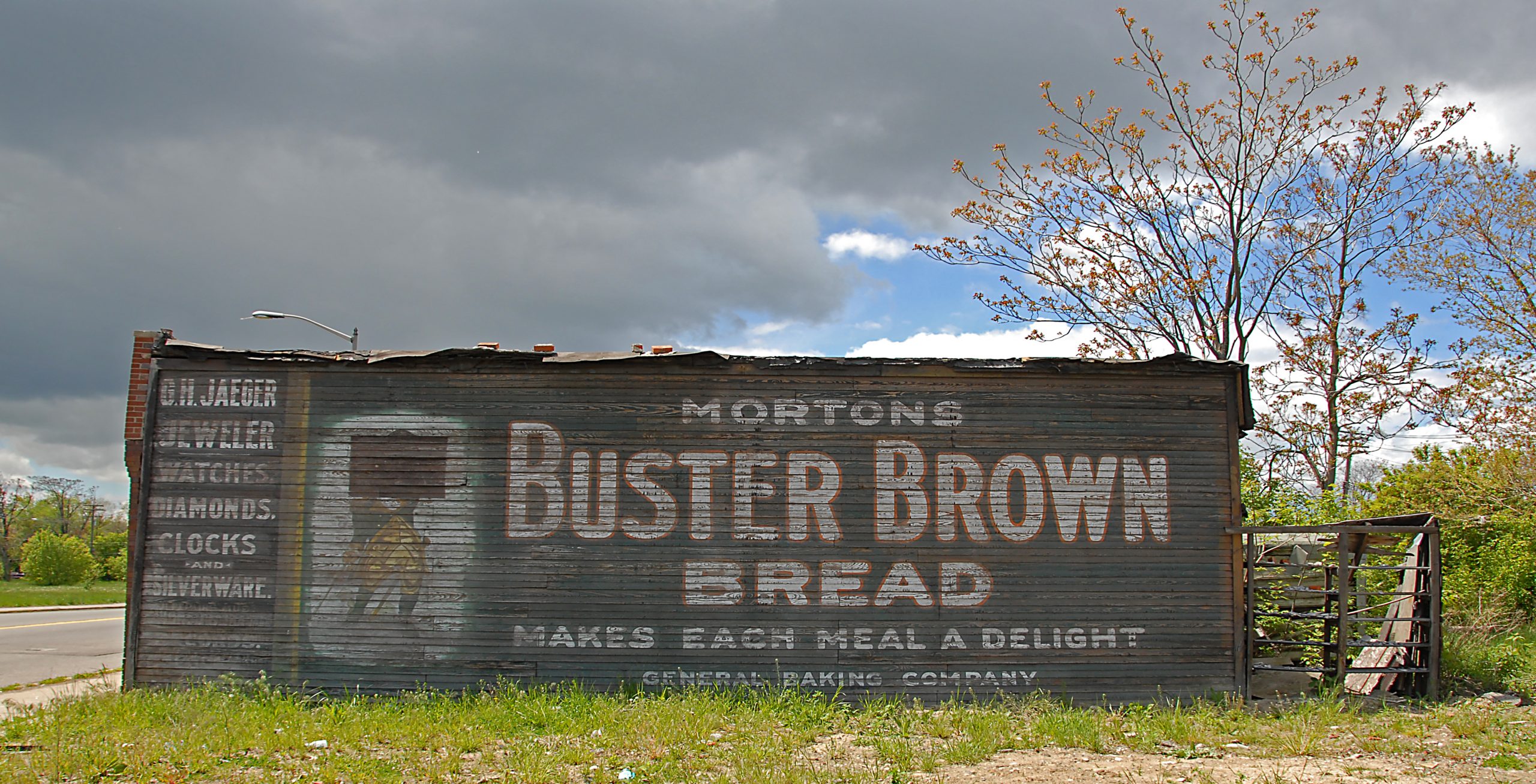 In 1902, Buster Brown was developed as a comic strip for the New York Herald News Paper by Richard F. Outcault. Images of Buster Brown and his Dog Tige were licensed to Brown Shoe Company. Look up Buster Brown Shoes and see all the wonderful artwork.  Licensing later covered over 200 products, including bread by General Baking Company. 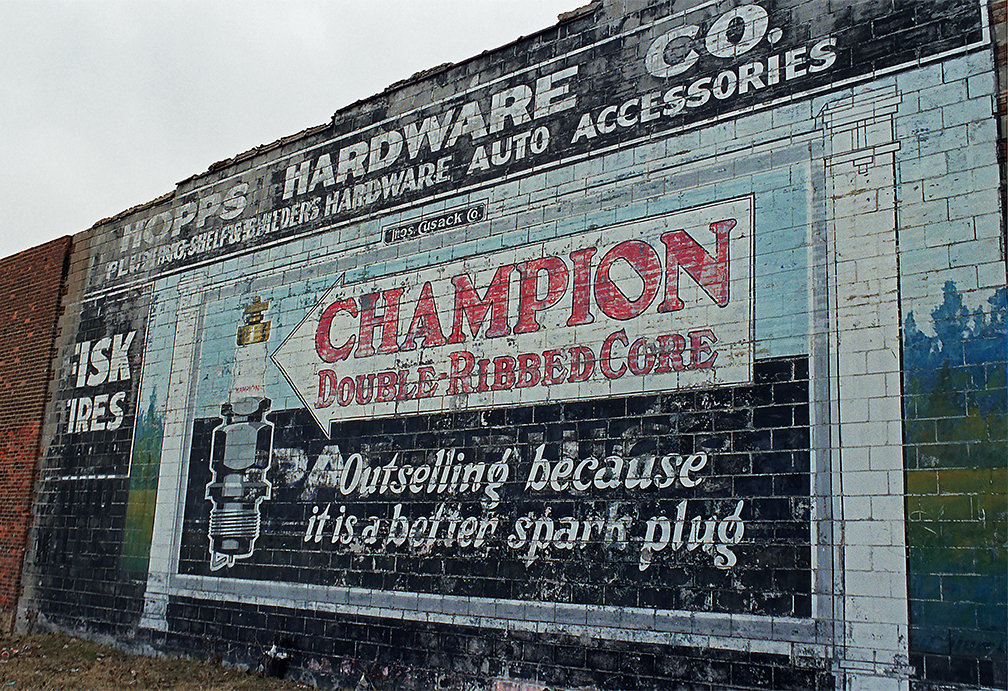 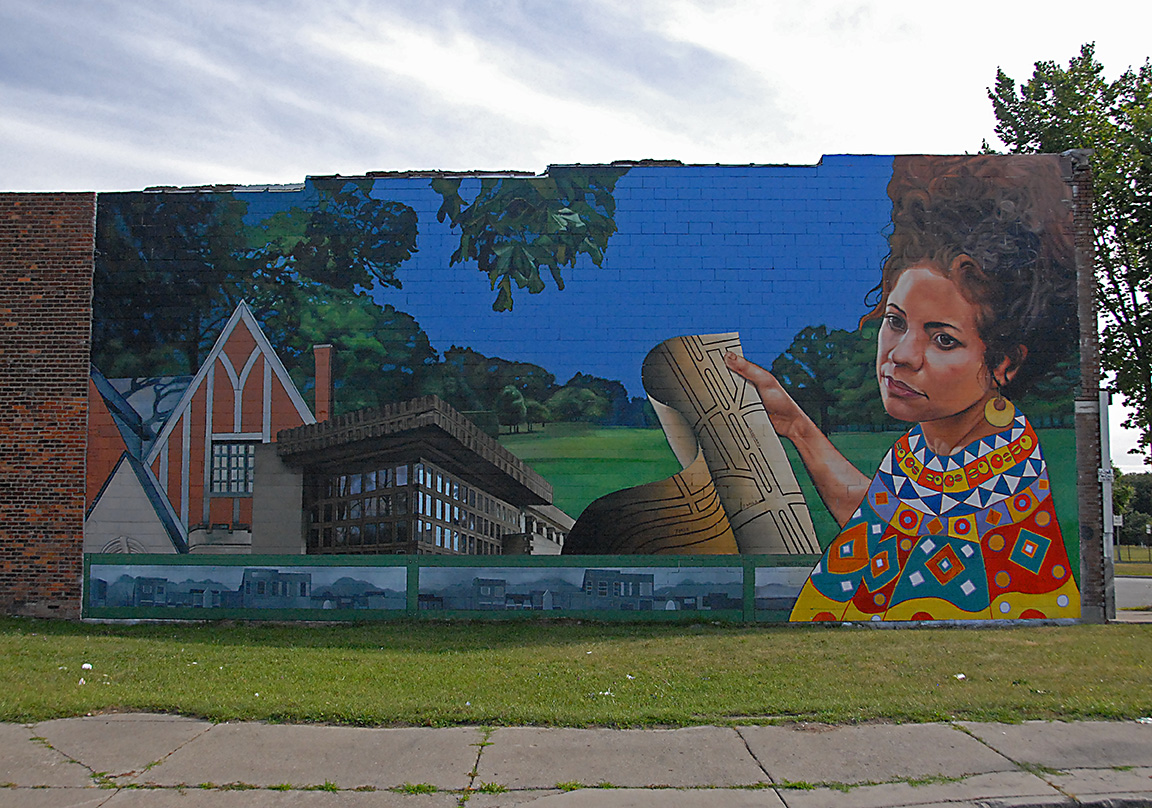 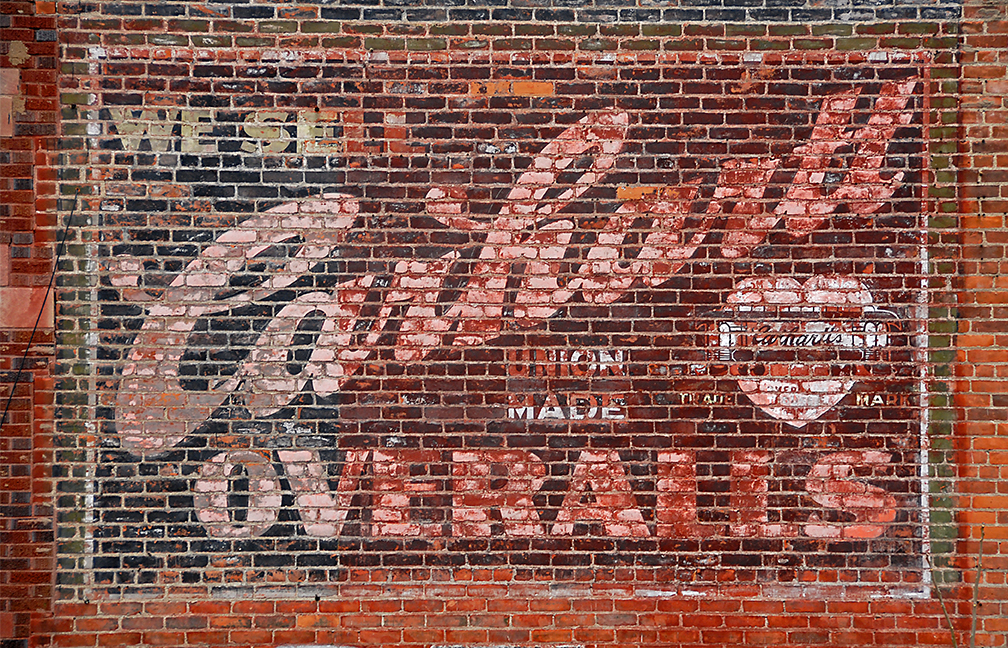 Under the motto “Honest value for an honest dollar,” the Carhartt bib overall was created and rapidly evolved into the standard for quality workwear.

Carhartt, started in Detroit in 1889, and is now based in Dearborn, Michigan. Carhartt owns and operates manufacturing and finishing facilities in Mexico, and European headquarters is in  Amsterdam. In all, more than 5,300  employees worldwide. 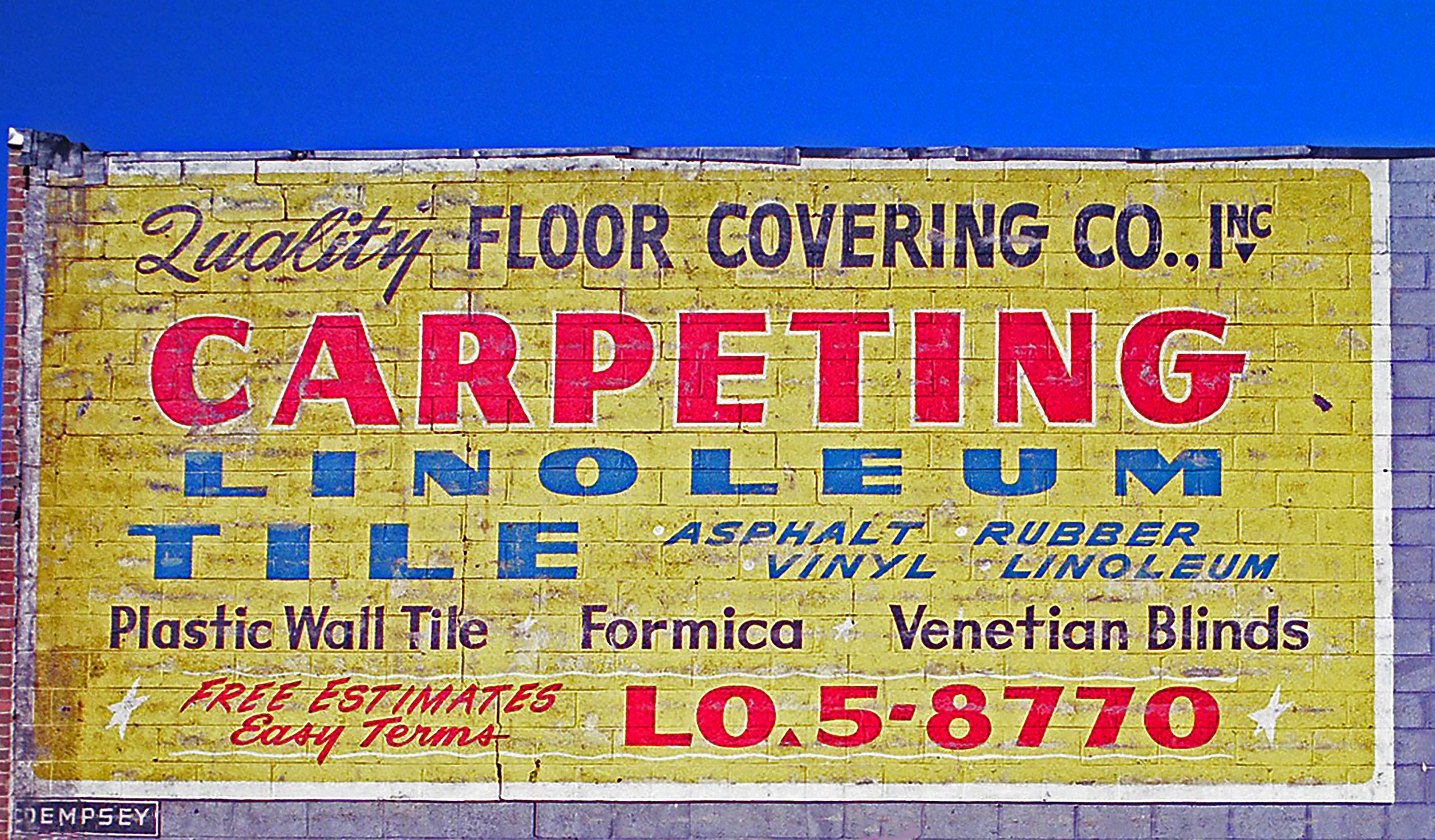 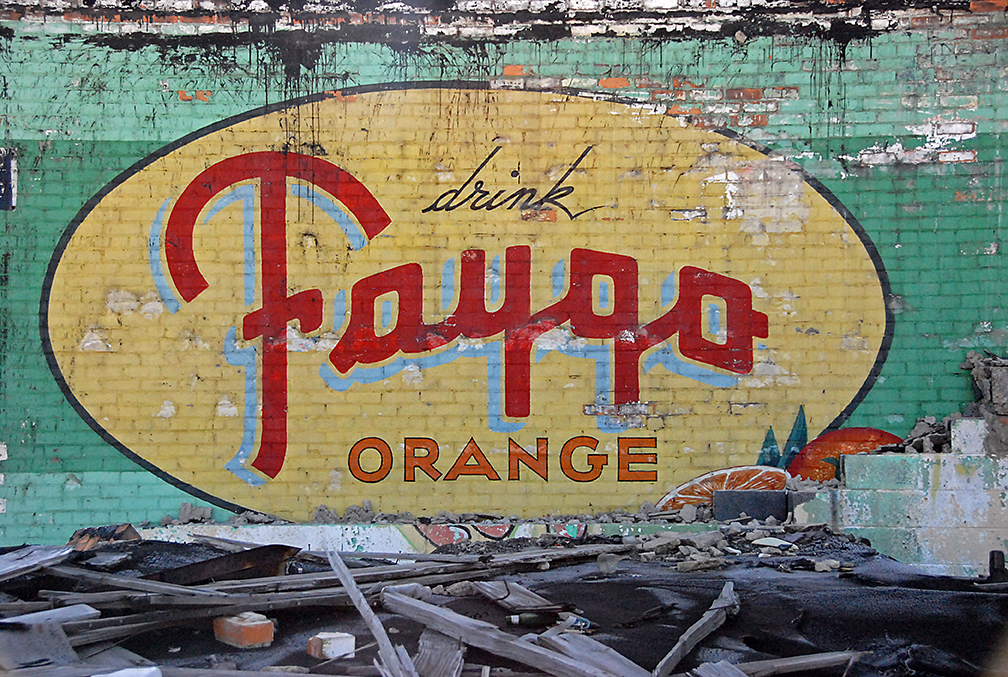 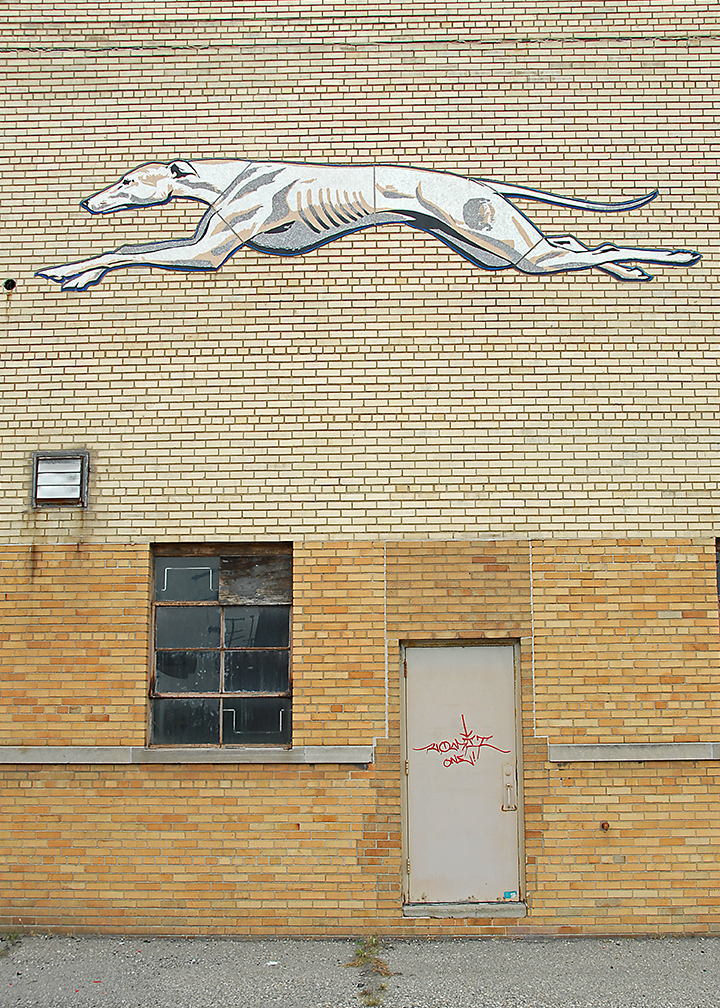 Learn more at this newspaper page. 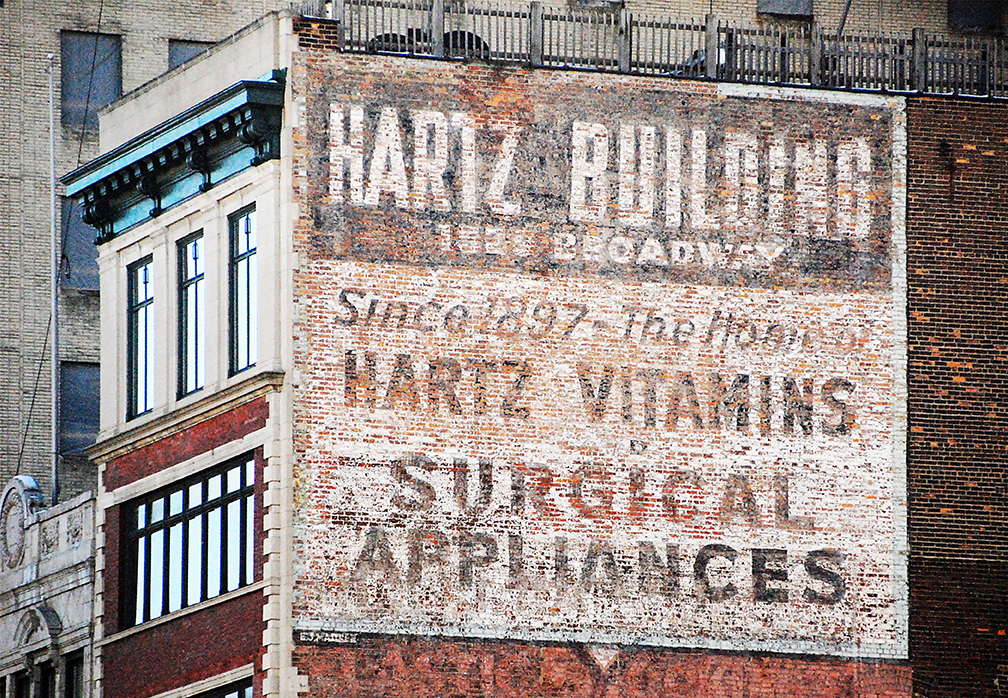 Hartz Vitamins and Surgical Appliances building (1529 Broadway) went up in 1902  with multiple tenants. A fourth floor was added in 1926/27. 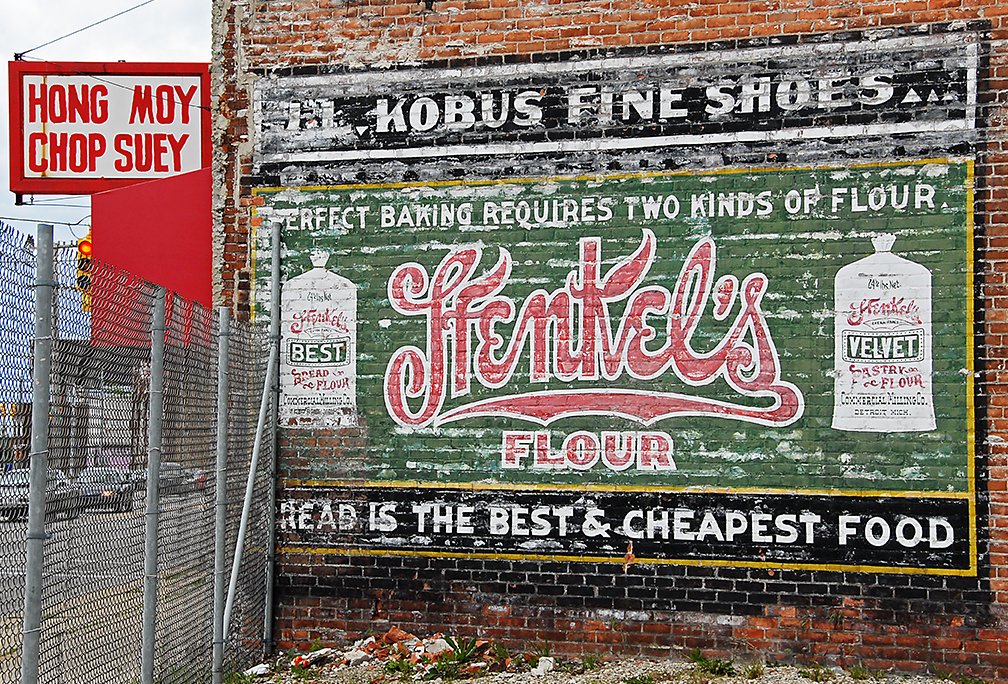 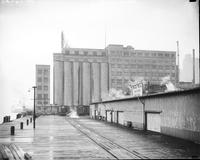 Henkel Flour Mills had a large plant which sat on the Detroit River at Woodward and Jefferson,  with a roof top advertising sign.  (Photo archive Walter Reuther Library, Wayne State University.) Founded in 1928, the business changed its name to Robin Hood Flour and remained  part of the industrial river front landscape of large silos and warehouses. It was demolished in 1972 making way for the Renaissance Center project which changed the Detroit Riverfront dramatically forever. 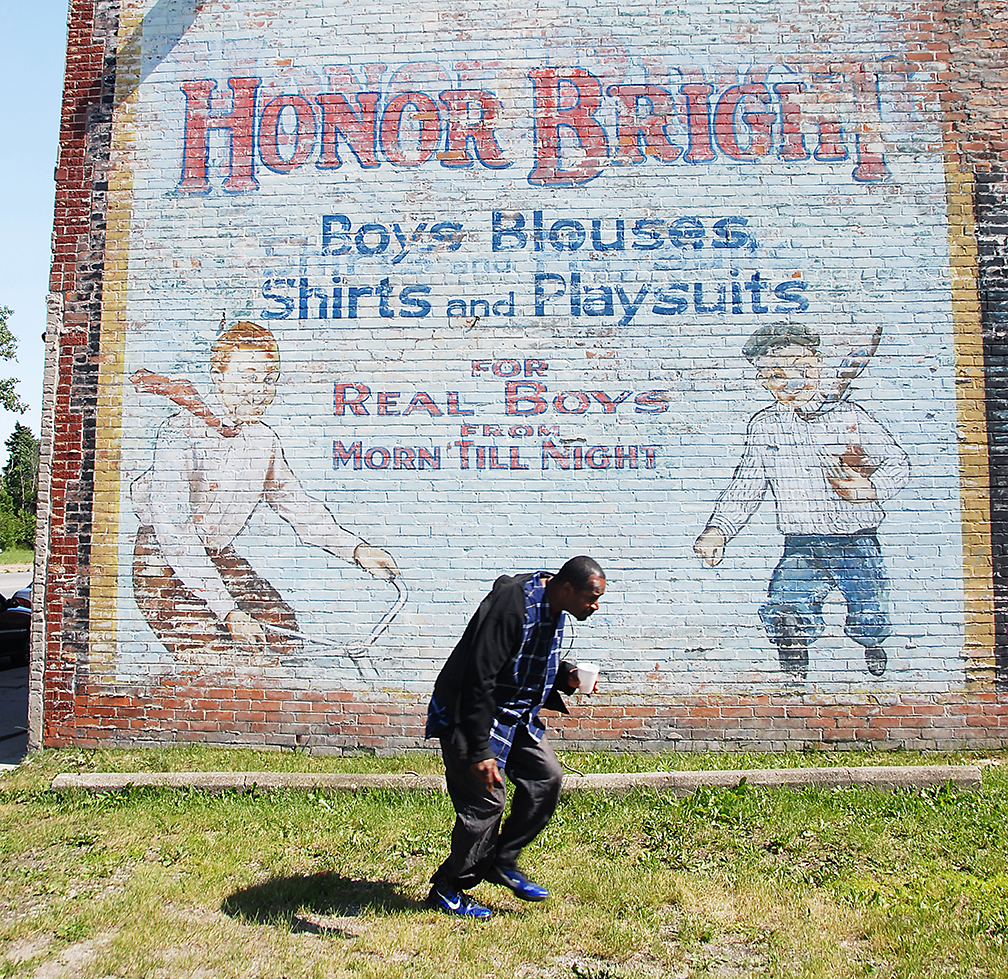 Honor Bright boys apparel were made by Reliance Manufacturing Co. based in Chicago, IL. Circa 1914, this wall advertising was painted over. “”Honor Bright”was a division of the Reliance Manufacturing Company that made kids’ clothes and advertised in Boy’s Life Magazine. The term “honor bright” itself is an anachronism that meant something along the lines of “it’s the truth!” or “Scout’s honor!””

You may read more Detroit Dissolving Blog stories at:  www.davidclementsproductions.com