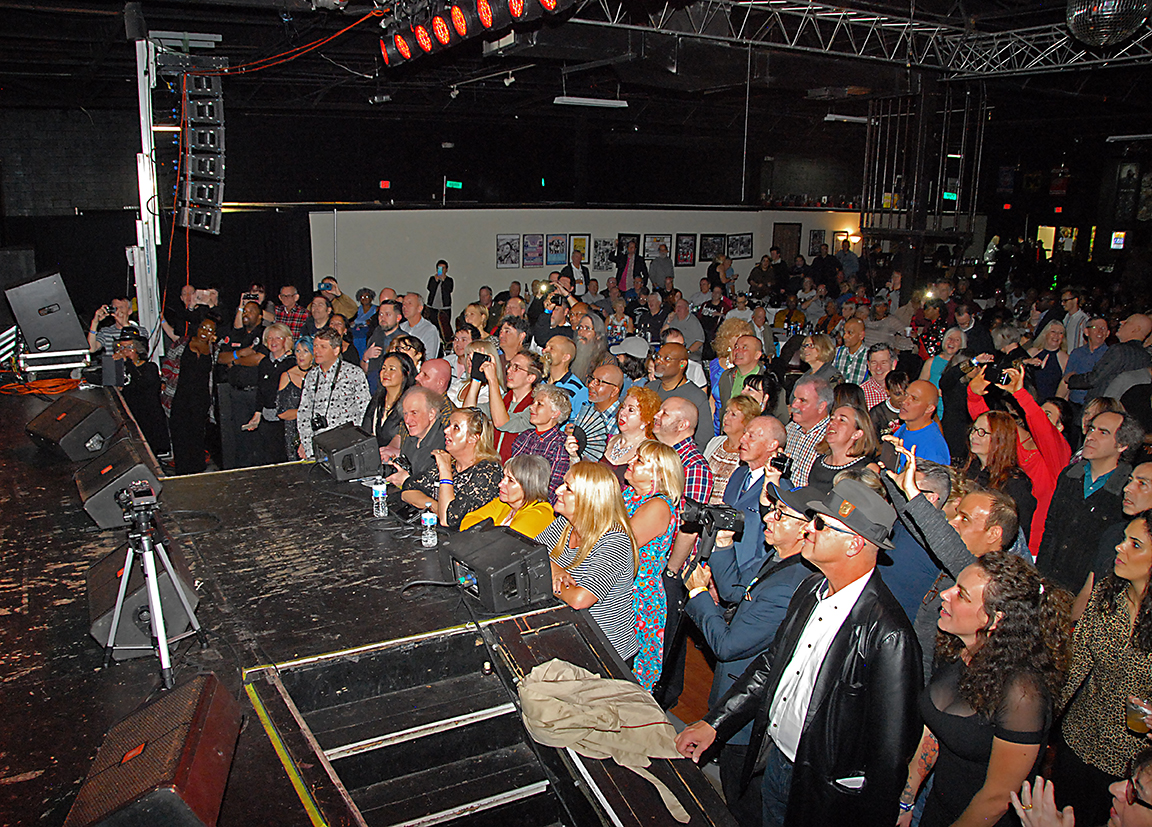 The 2019 Motown A Go Go at Bert’s Warehouse Stage in the Eastern Market area of Detroit attracted over 300 dedicated music lovers from Great Britain’s Northern Soul Movement, in addition to a substantial Metro Detroit audience. The event spans four nights of live performances by 23 or so musical artists/acts that recorded in Detroit from the late 1950s through the 1970s. 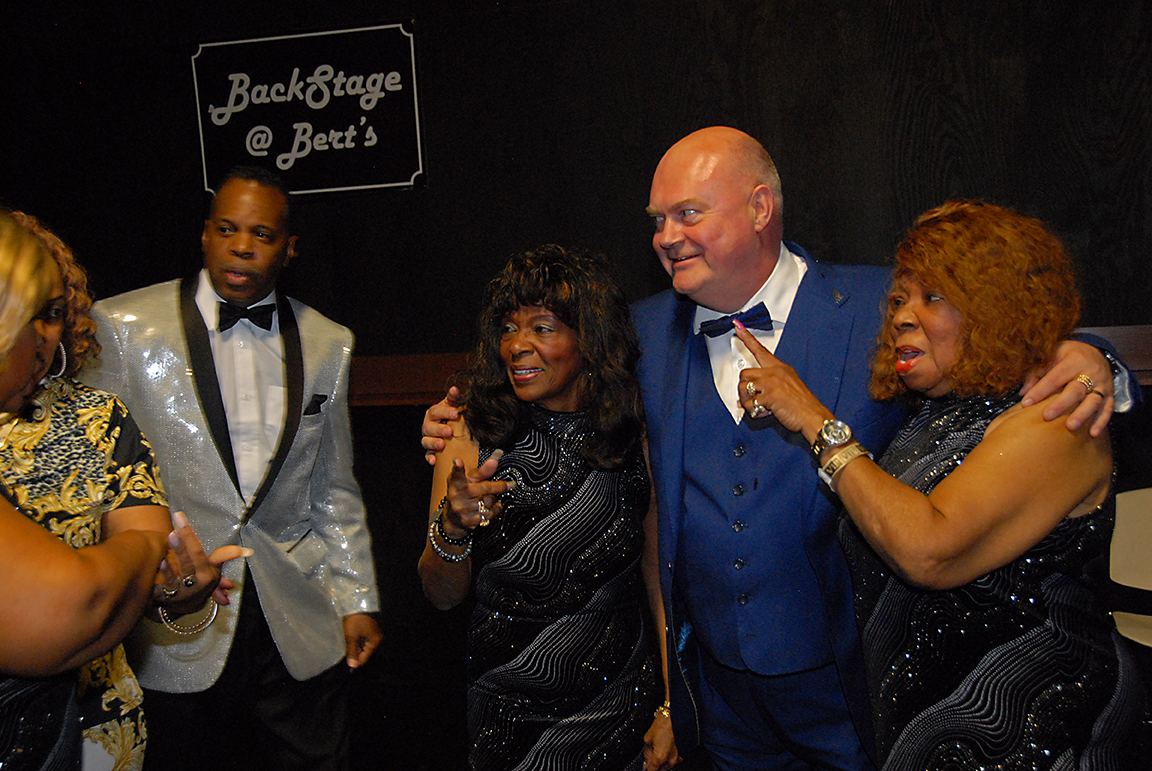 The event was produced by Brit Phil Dick, seen backstage with the Original Vandellas. Minus Martha. 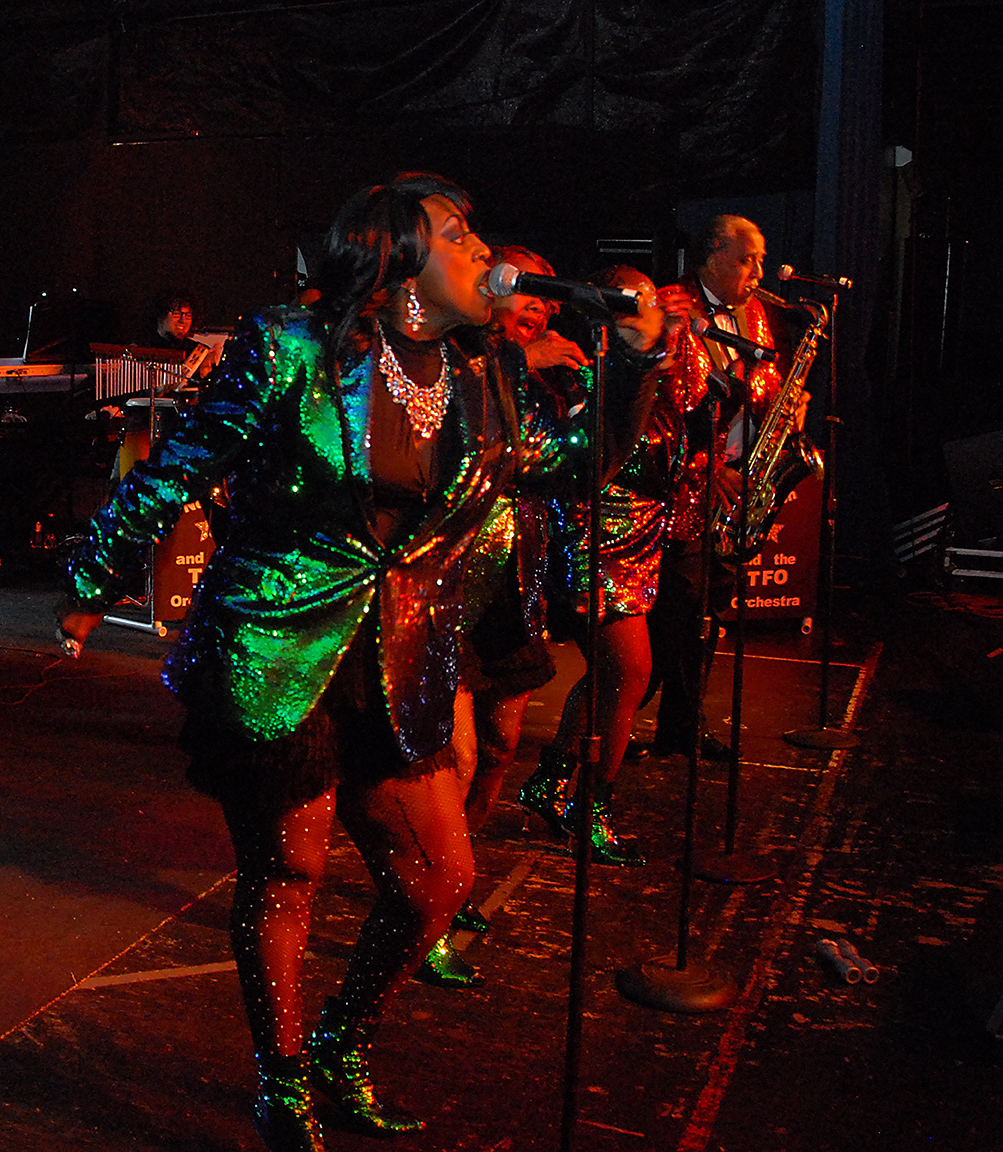 Junior Walker himself, whose “Shotgun” was #1 on the 1965 R&B charts, died in 1995.      Jr. Walker’s All-Star Band opened one night featuring the trio Ladeez, up front, who sang back-up for four nights’ worth of artists. 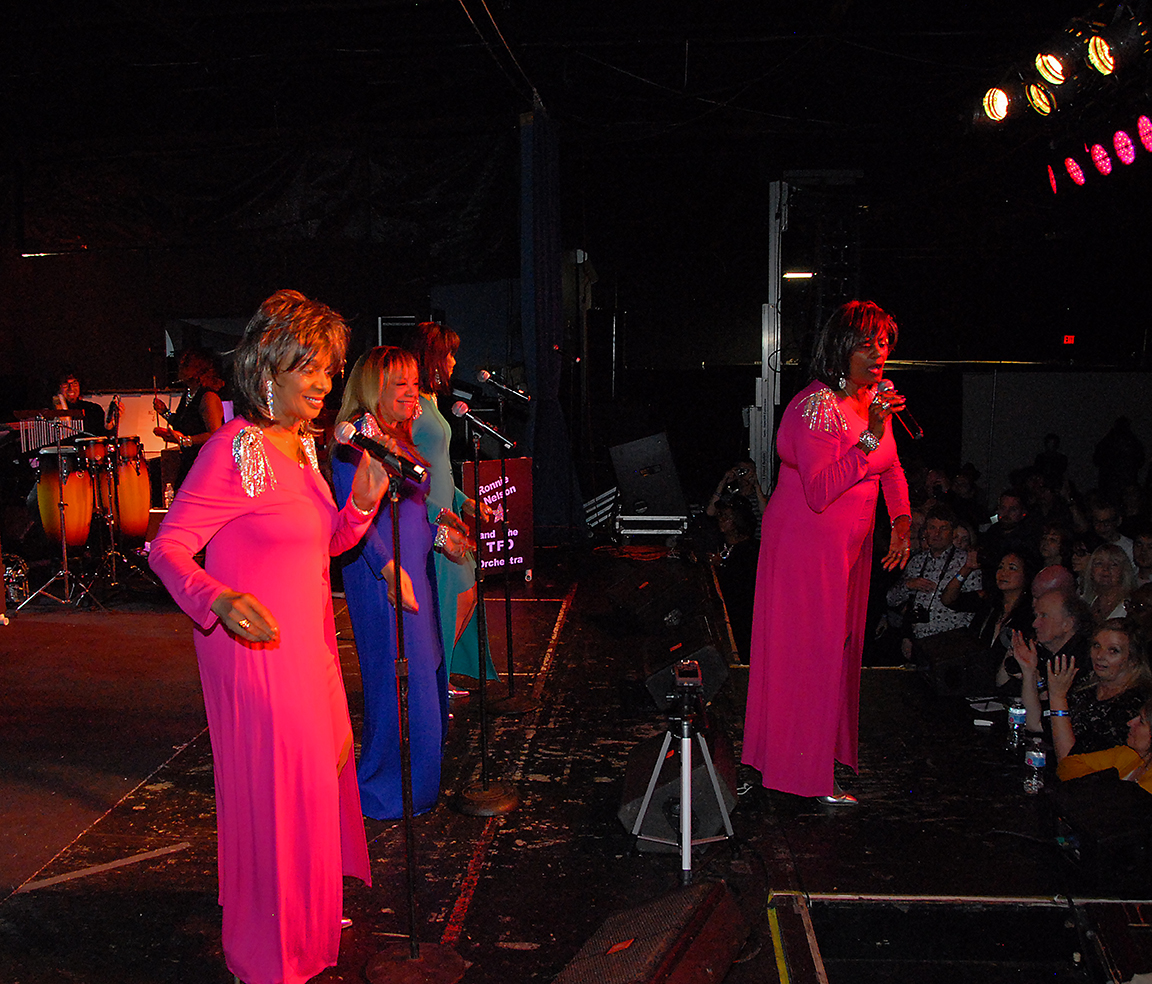 Amazingly, the Velvelettes continue to perform with all  artists who originally signed with Motown. In 1964 their best tune, “Needle in a Haystack,” peaked at #45 in the U.S. and #31 on the U.S. R&B charts. 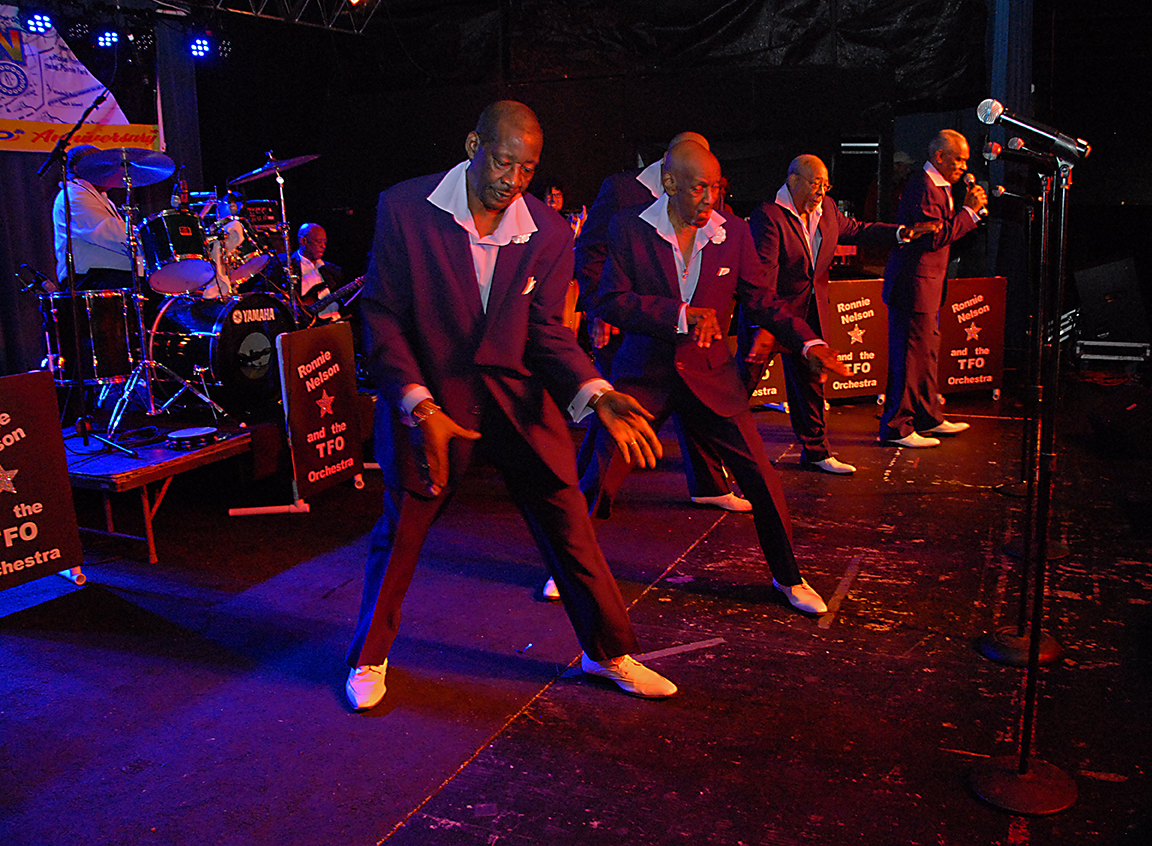 The event featured the Contours, with the oldest member still performing at age 81. They continue to put on the best Motown-style stage show in their blue outfits and white shoes. “Do You Love Me?”, the 1962 hit, was #3 U.S. and #1 on the R&B charts. 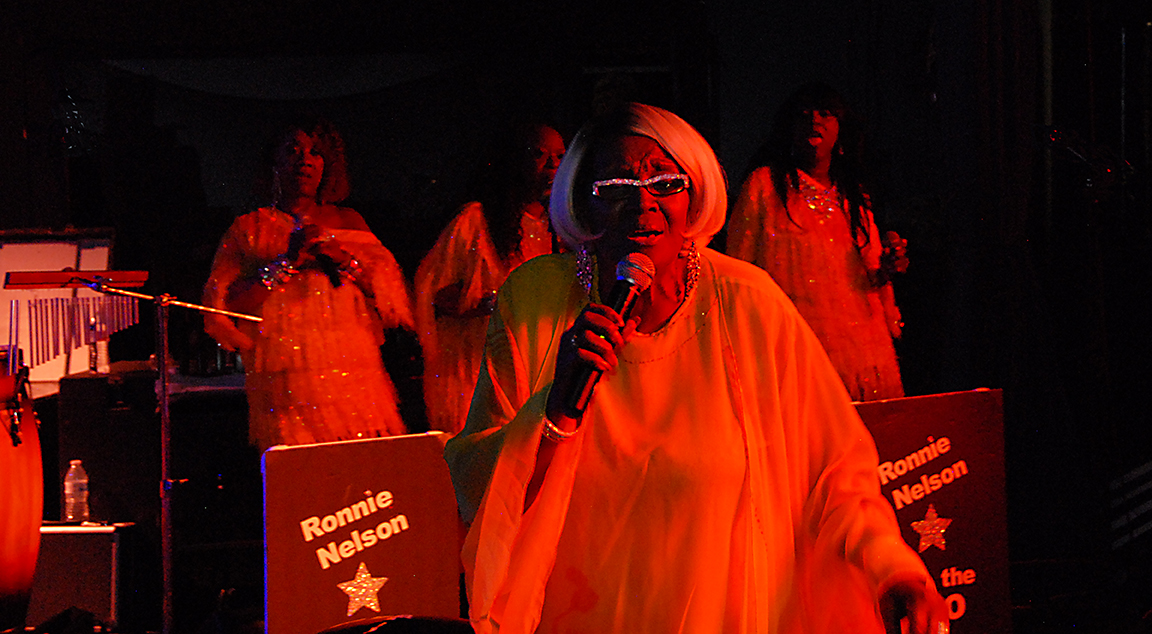 Absolutely one of the best performances was by Pat Lewis, age 72. She was a member of the in-house Motown backup group the Andantes, and backed Isaac Hayes for six years. Pat continues to have a solo career.  She is the talent coordinator for the 2019 Motown A Go Go. Pat tears up the stage. More on Pat Lewis  –                            https://www.davidclementsproductions.com/detroit-go-go-part-2/ 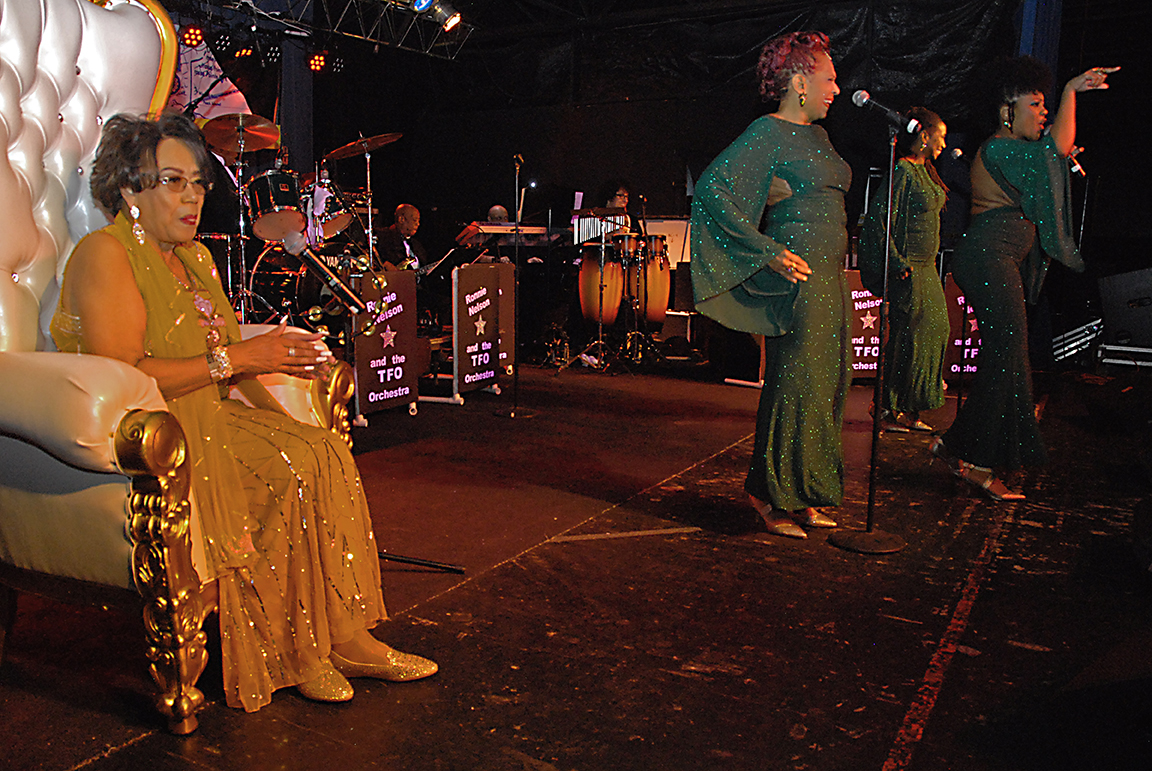 The Marvelettes were the first Motown girl group, and hit #1 with “Please Mr. Postman” in 1961. Lone Marvelettes original Katherine Anderson performed onstage seated in an ornate stuffed chair right in front of me. She looked great! The original group disbanded in 1970. Now the second generation of The Marvelettes was stage center sweating out a great performance. 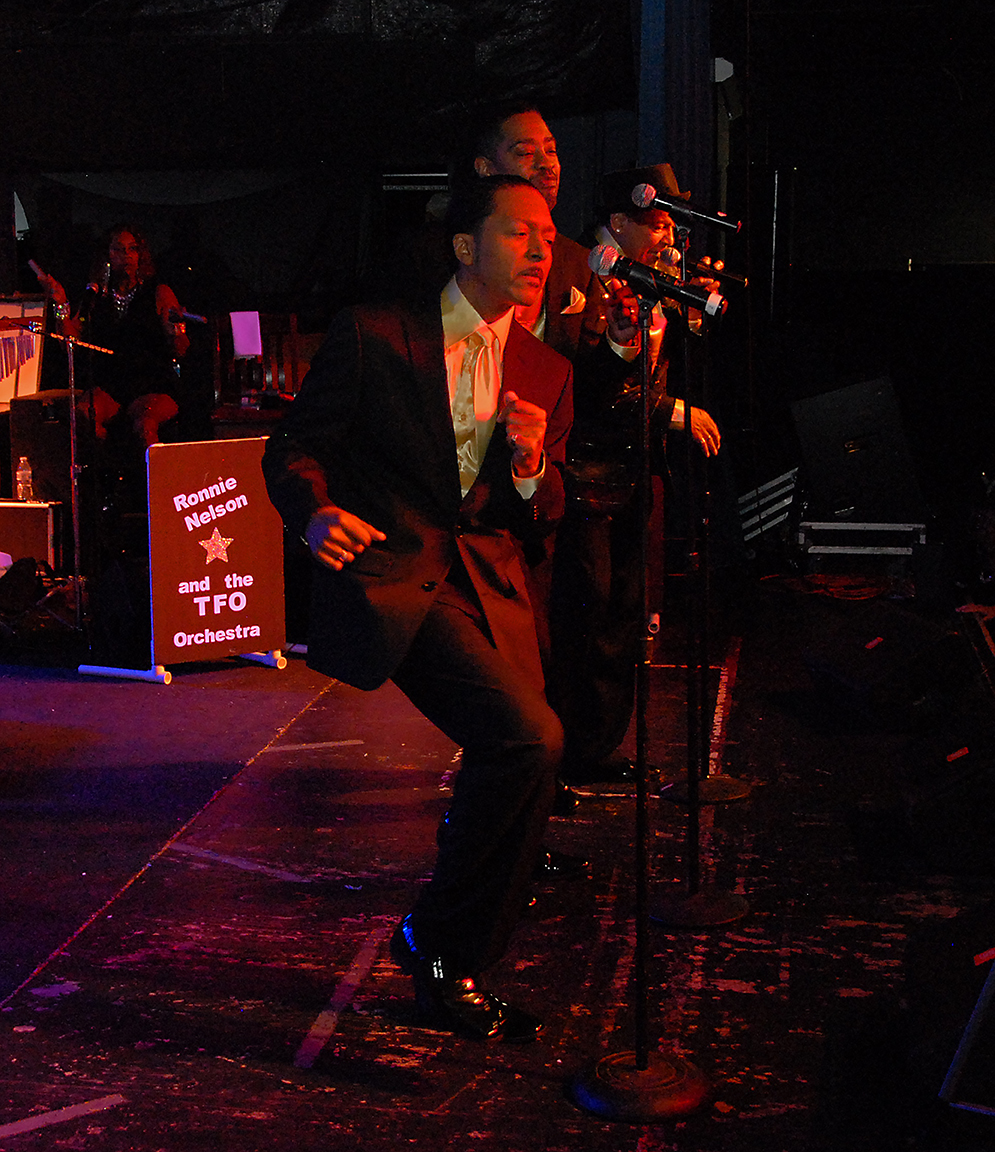 Another second-generation act was The Miracles singing their timeless hits. 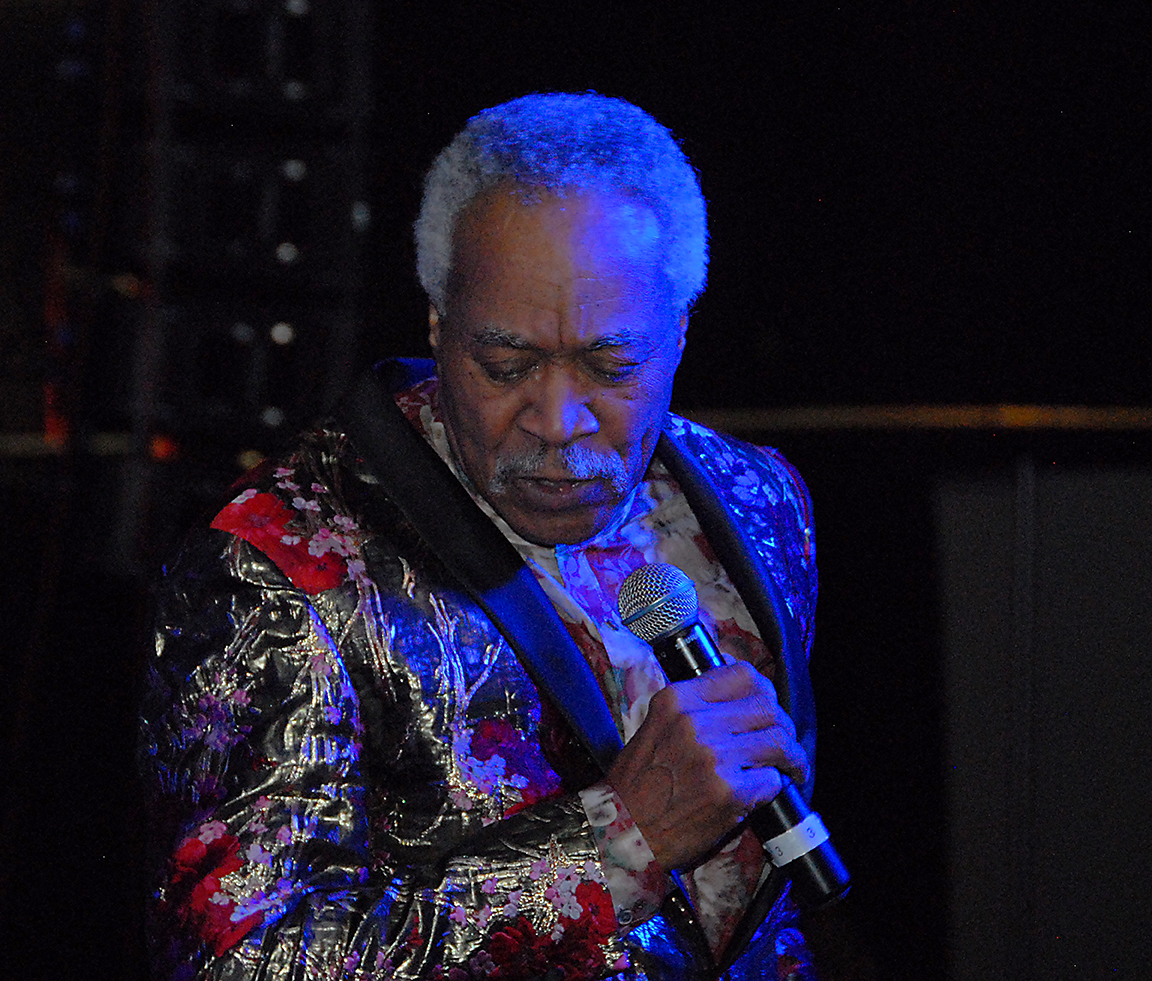 G.C. Cameron was an artist I was not familiar with. He began recording in 1970 at Motown, joining The Spinners as a lead singer, and recorded “It’s A Shame.” He continued to record independently and toured with The Temptations for 2003-2007. At age 75, he performs with a polished stage presence. 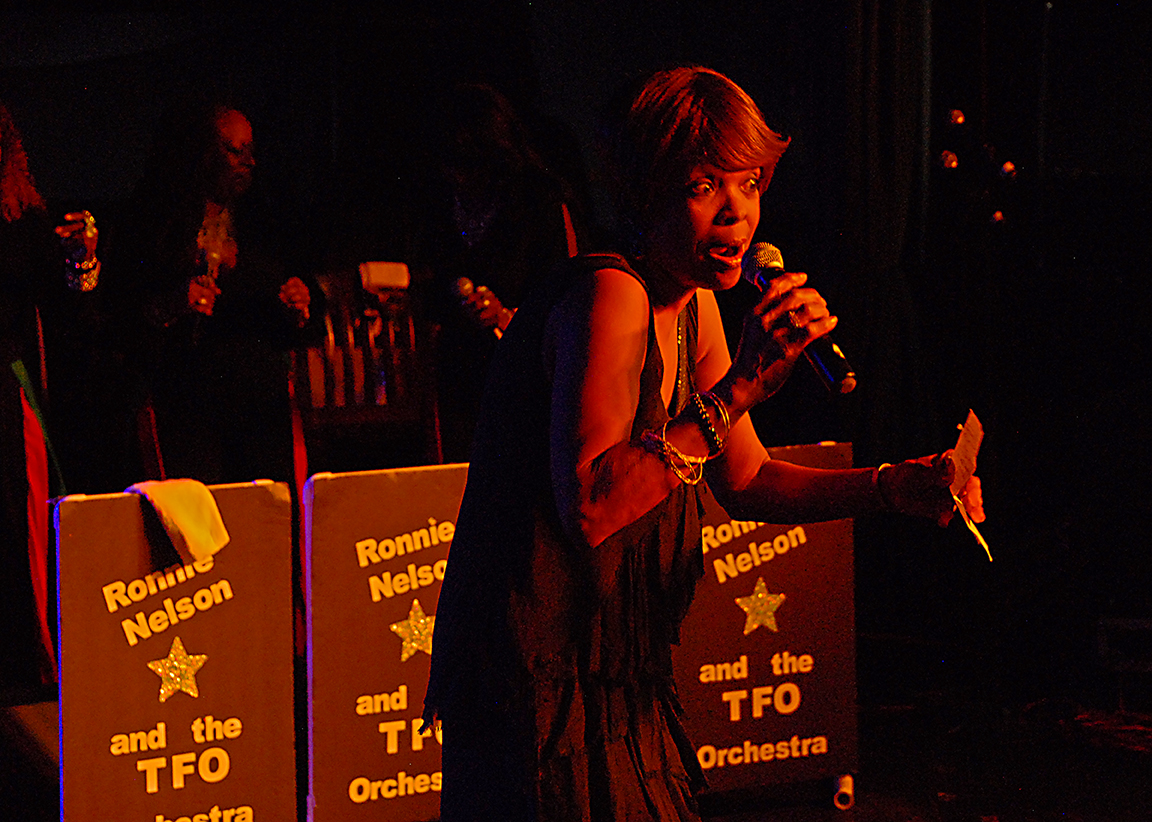 When Carolyn Crawford takes the stage, she owns it. Ever gracious, she draws an audience which continues to support her career in England. She signed with Motown in 1963 at age 13 and had minor hits. She continues to record. 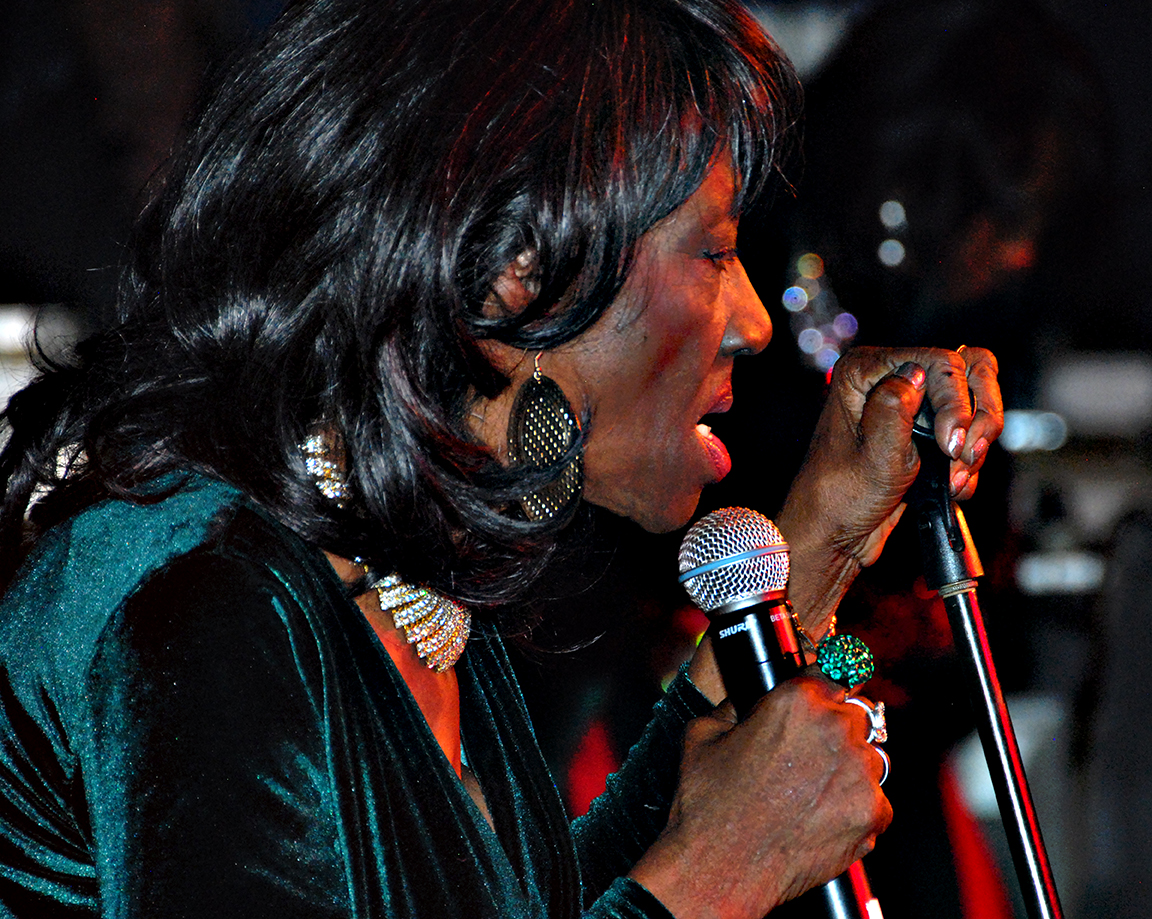 At 79, Kim Weston still performs with a lot of power. She is best remembered for the “It Takes  Two ” duet with Marvin Gaye at Motown in 1966. 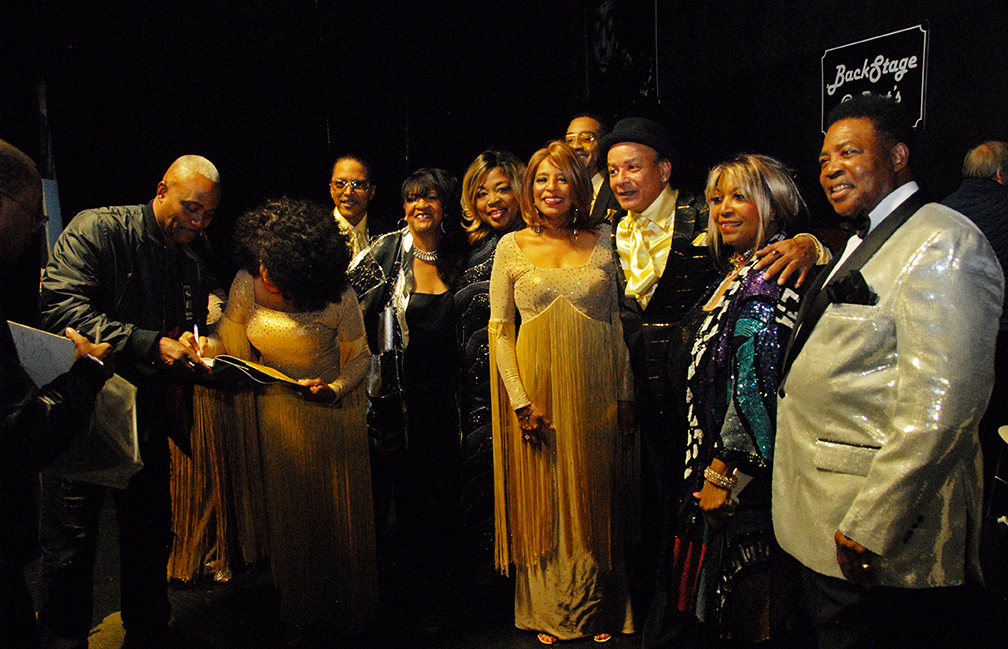 The most memorable part of the evening for me is being backstage, observing as artists interact casually. They truly enjoy their brief time on stage. And I just love this group shot with some of the Vandellas, former Supremes members, Miracles, Elgins … a Rembrandt-lit image. 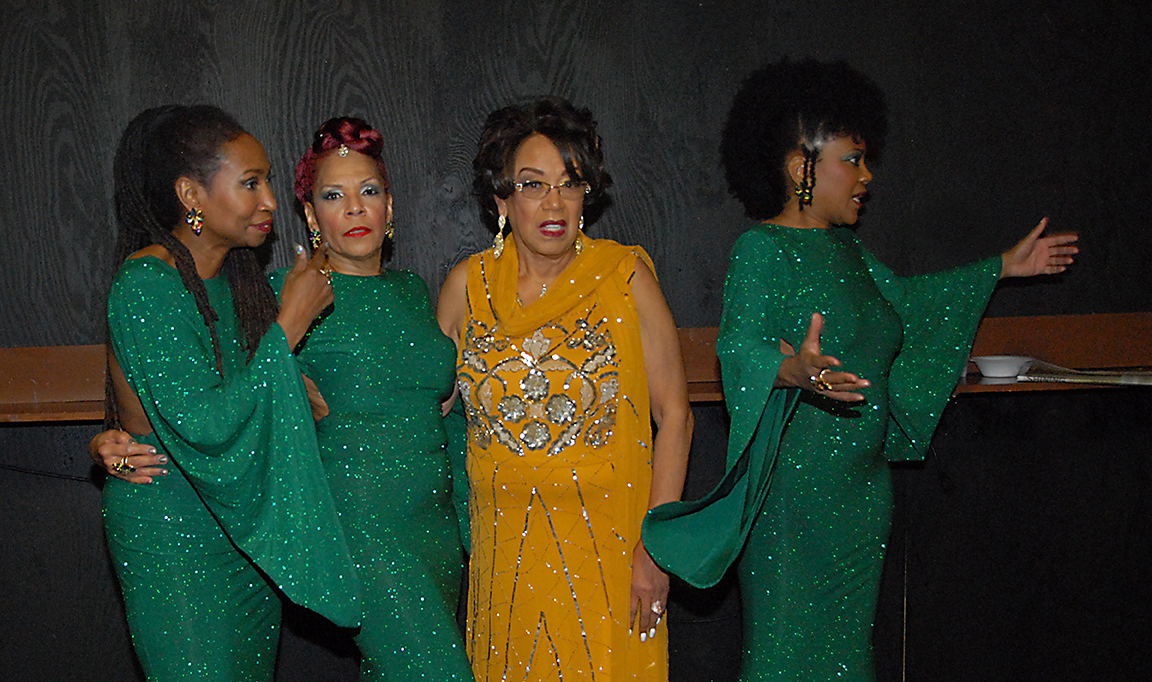 The Marvelettes backstage were graciously posing for pictures … 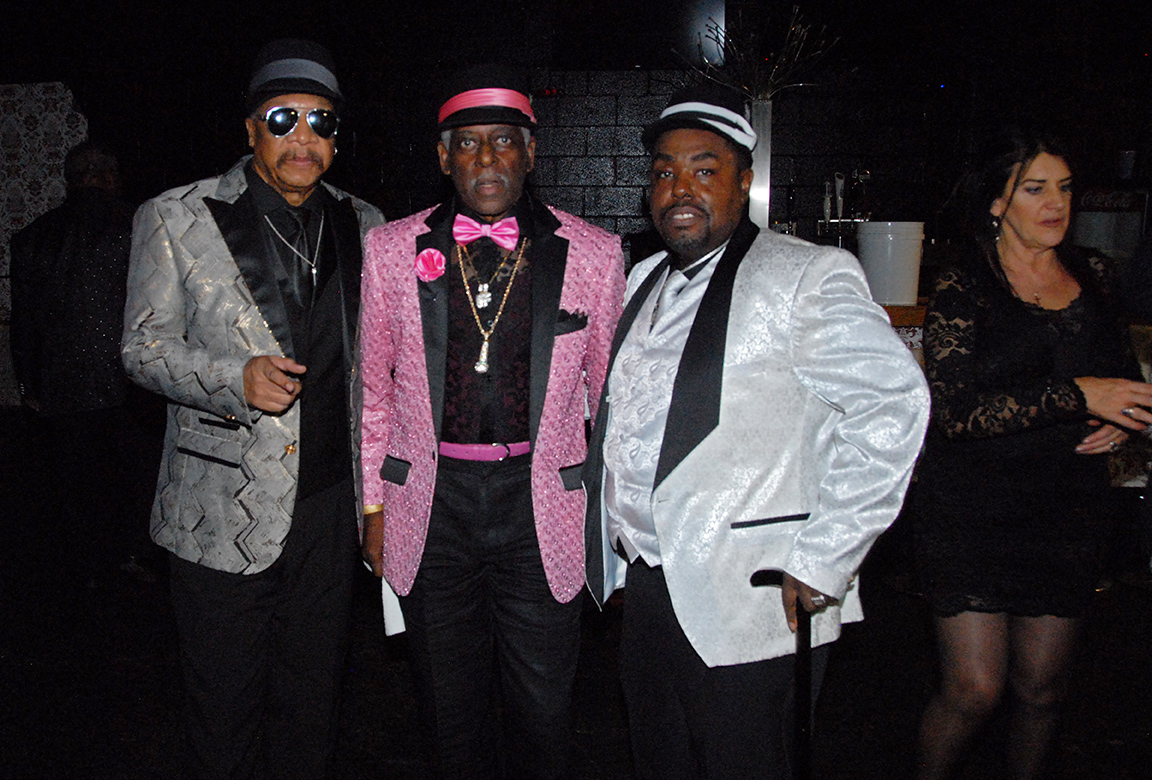 … along with the dapper trio The Professionals. In the center is Fast Eddy Anderson, owner of over 100 suits. See my blog story -https://www.davidclementsproductions.com/cool-jerk-da-da-de-da-da-cool-jerk/ 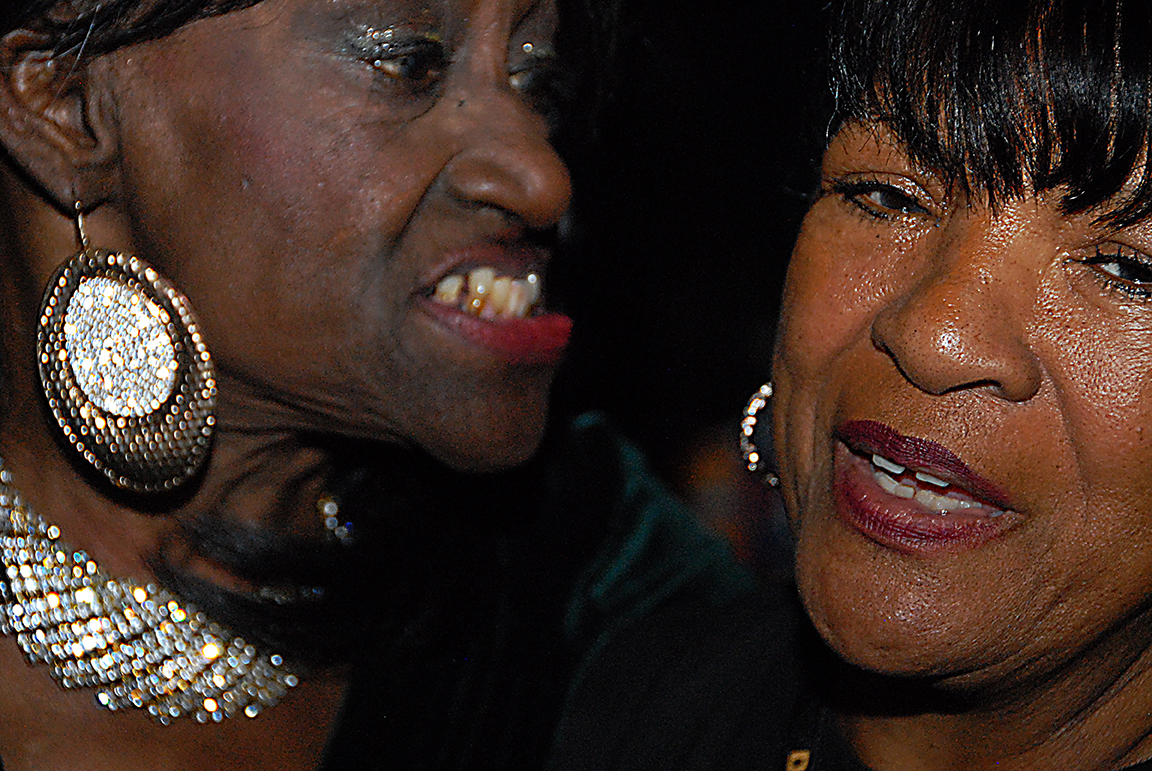 And, if I do say so myself, this image of Kim Weston with Yvonne Allen of the Elgins is rather remarkable.