I was initially introduced to the Detroit-based hip-hop/horrorcore  duo Insane Clown Posse (ICP) audience as they were corralled on the rear street of the Palms Theatre on Woodward on Halloween 2010. Rumor had it there was some interest in not having “these” people milling around, waiting for the doors to open on Woodward Avenue. They were all dressed up, and every day was Halloween to them. 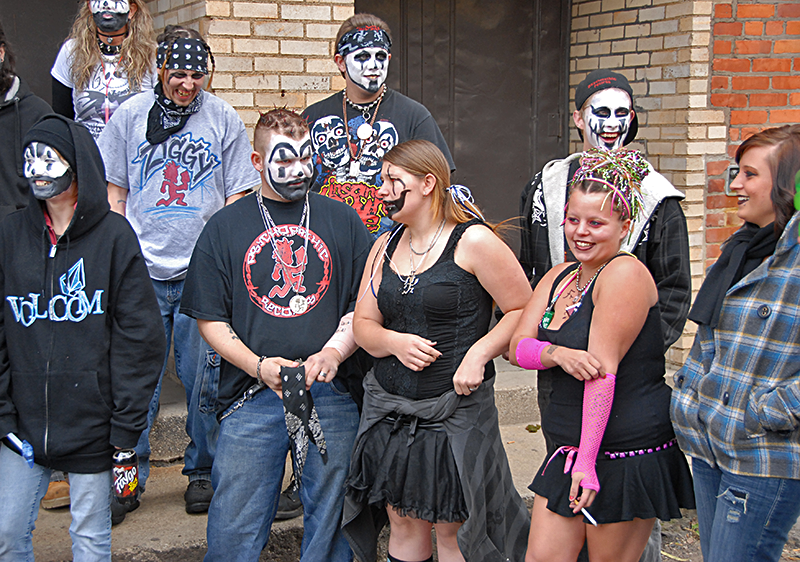 The gathering audience of Juggalos (male) and Juggalettes (female) were pleased with the weather, pleased in a mutual acceptance, and armed with Detroit’s Faygo Soda – a sacrament at every show. 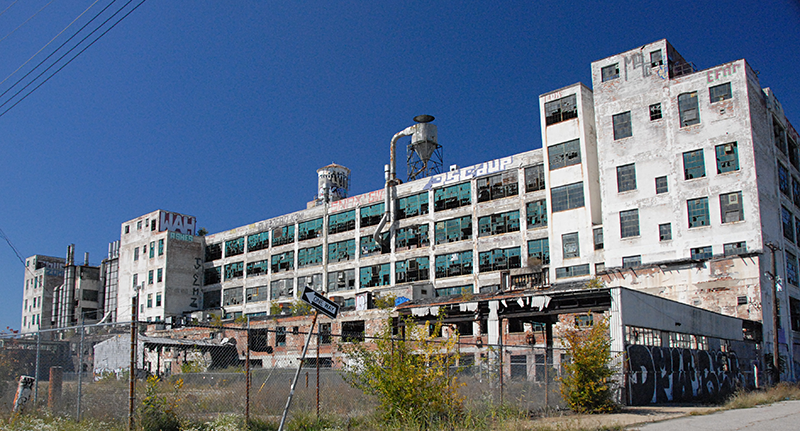 On Halloween in Detroit 2022, I took the scenic drive east on Harper Avenue.

Less than 100 years ago, Harper Avenue was a primary transportation corridor East from Woodward, servicing the large automotive manufacturing plants. The 1919 Fisher Body Plant #21 still stands.  It is too big and costly to knock down. Besides, Detroit has enough empty land. 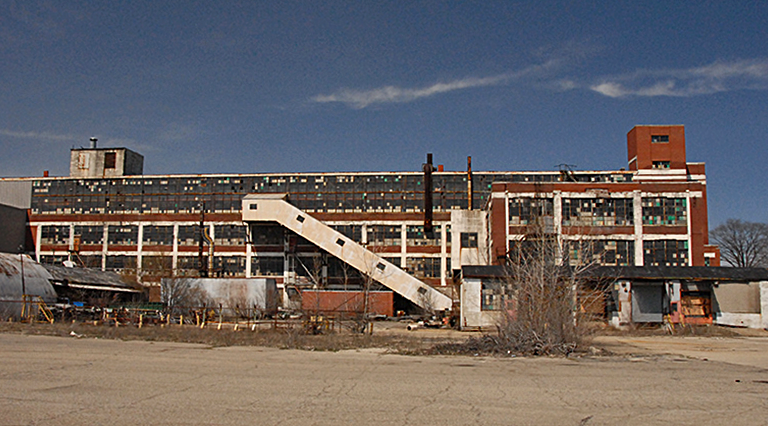 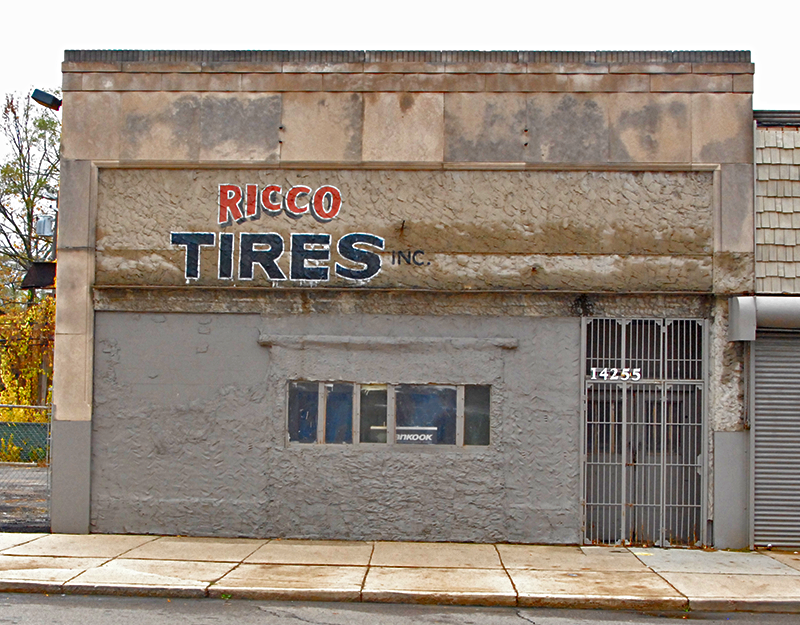 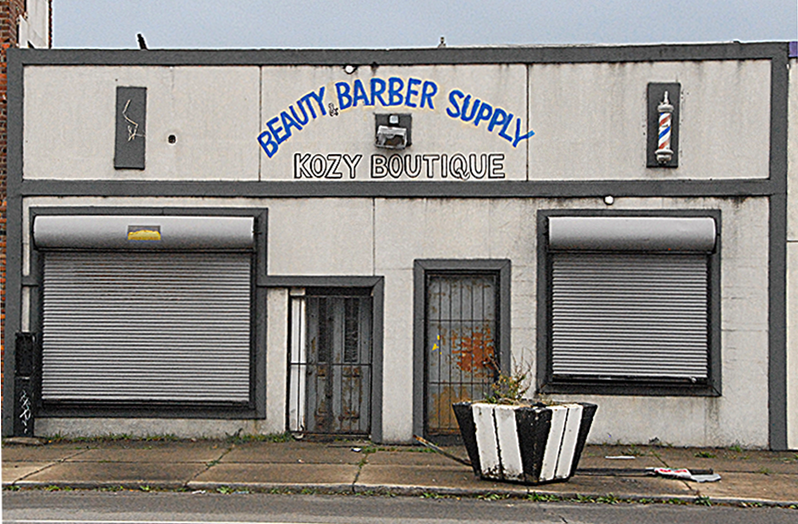 What remains are basically a multitude of  empty lots with a long string of store fronts and marginal businesses, like Ricco Tires and Kozy Boutique, which once serviced the corridor. 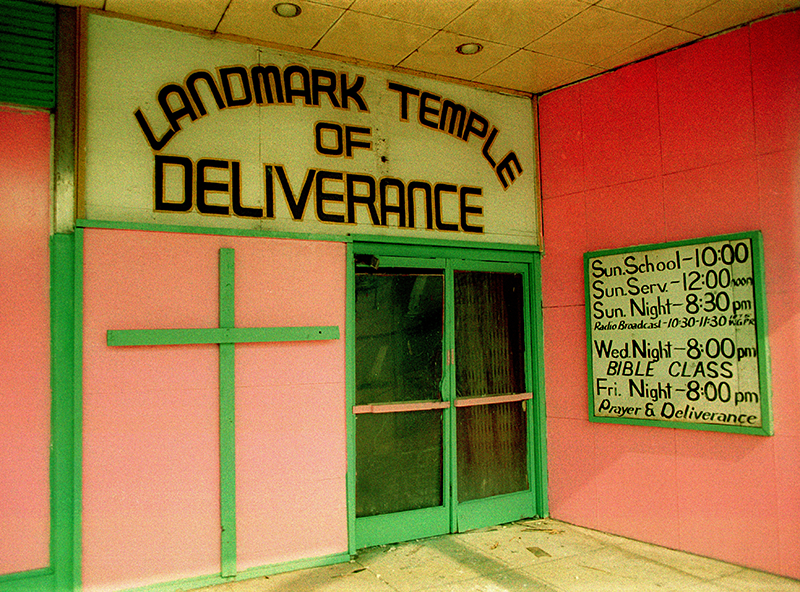 Landmark Temple of Deliverance is a multi-color storefront which remains with a small congregation. 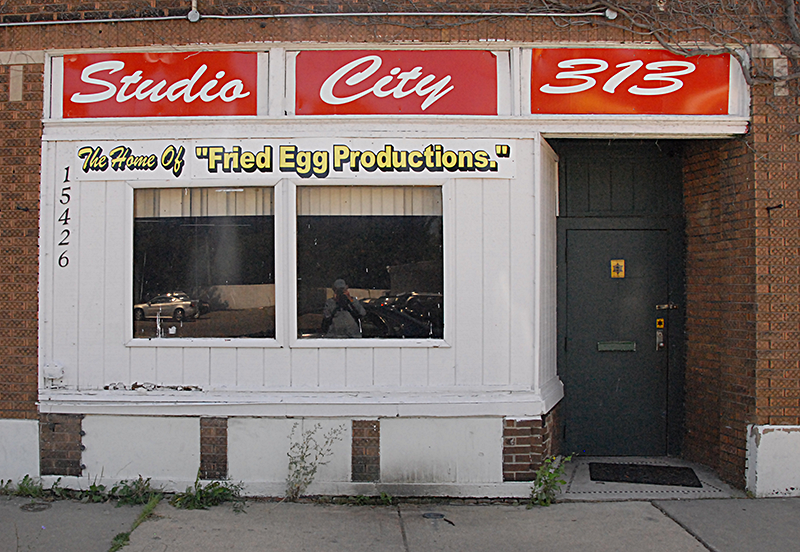 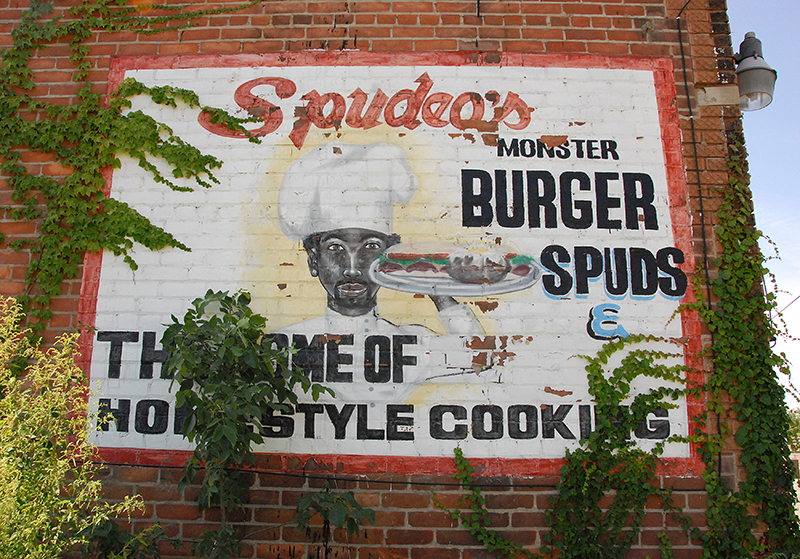 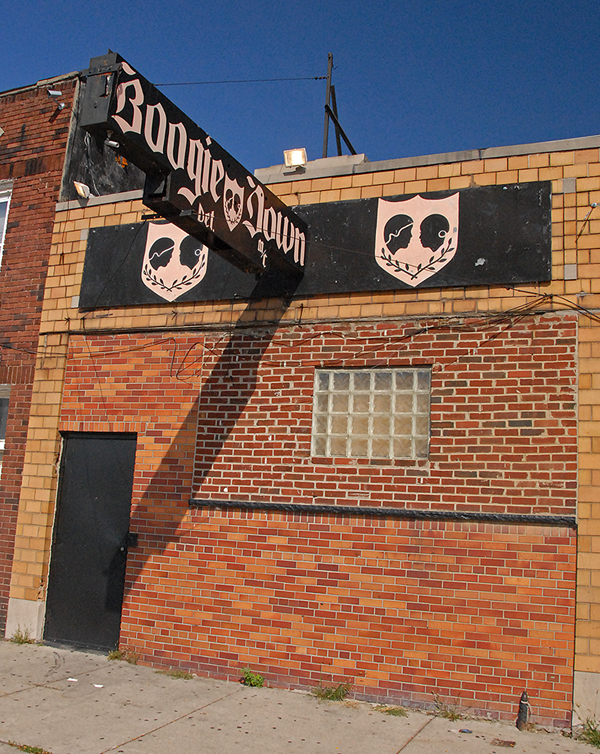 The Home of Fried Egg Productions and Home Style Cooking faintly advertising with giant potatoes is still visible on a brick wall, along with home of the Boogie Down Motorcycle Club. 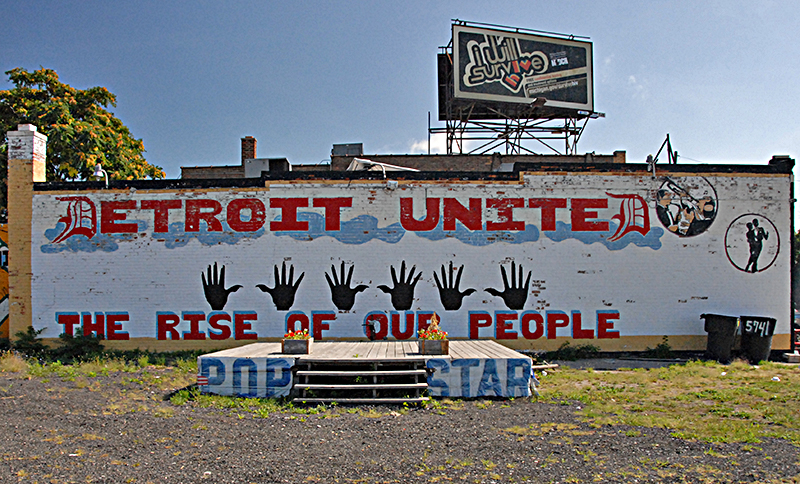 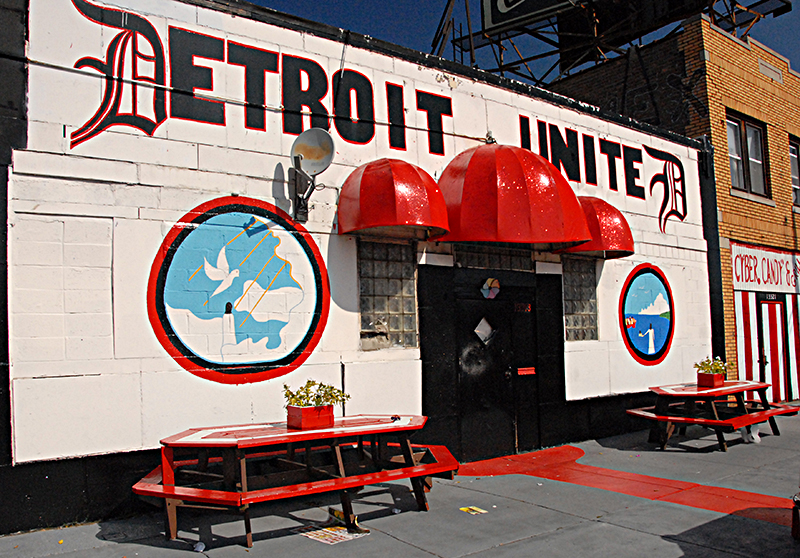 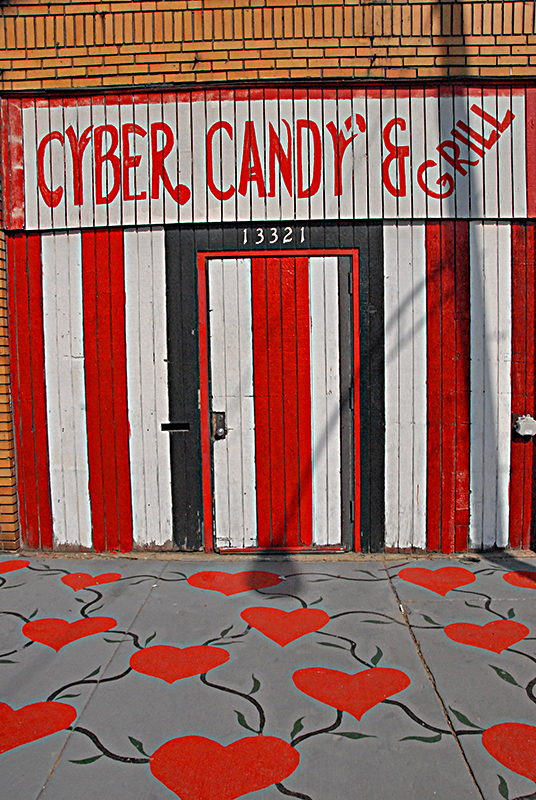 On Harper Avenue, a small entertainment strip with a seasonal outside stage hosted by the Detroit United Social Club, is well painted with strong red lines. Next door is the attractively painted fortified entrance of the Cyber Candy and Grill. 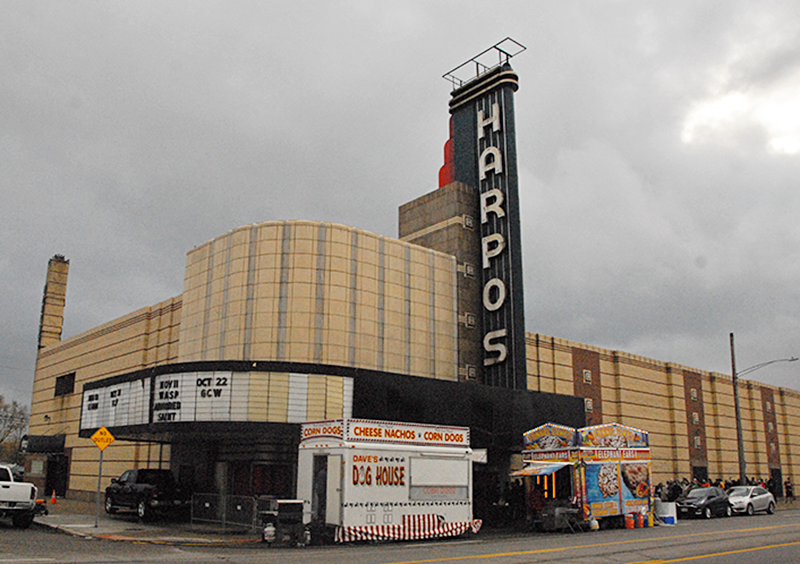 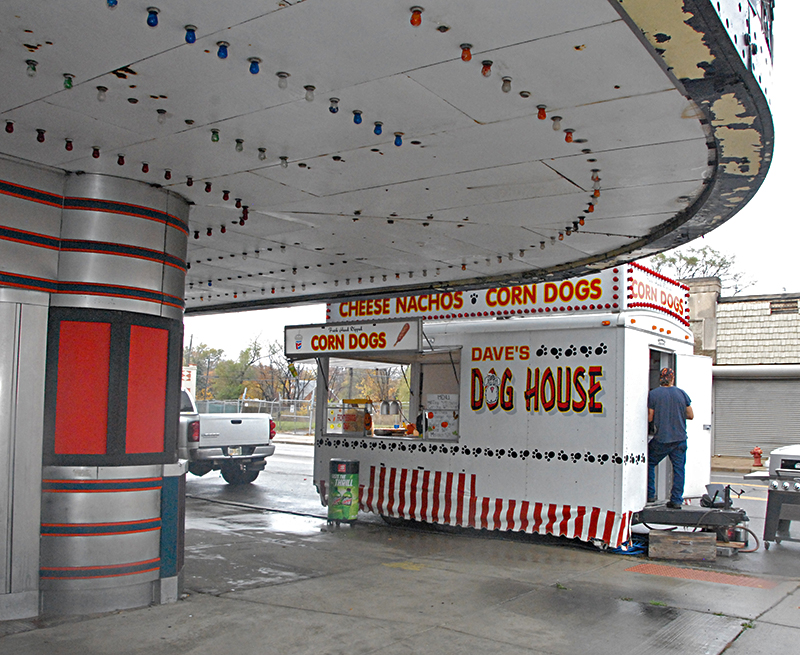 Harper Theater (1939) seems to float on the lonely cityscape. Upon arrival, food vendors were setting up on the damp curb. I had come to photograph the audience of the Insane Clown Posse (ICP).

When I parked, I met Donald – a fan for 30 years – his wife and their two Juggalo Babies. The older one handed out cards featuring the ICP Hatch Man Logo. 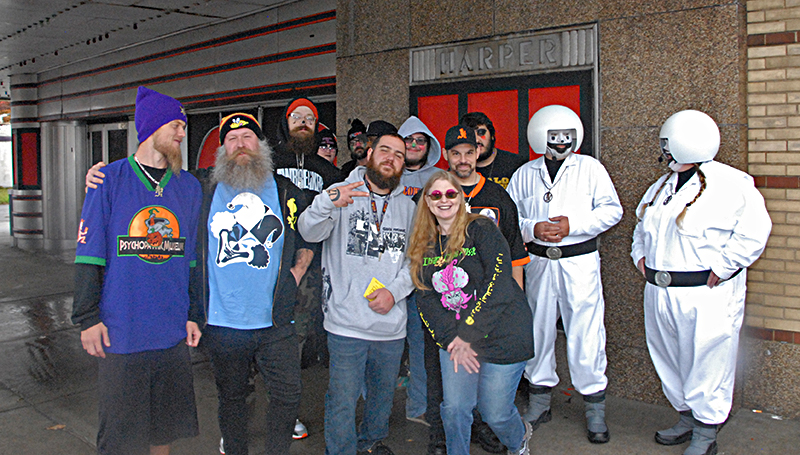 I did not actually see Insane Clown Posse. I met their fans, united by their outlier status, and a common acceptance . Nearly all  the audience was  dressed in ICP-influenced clothing. 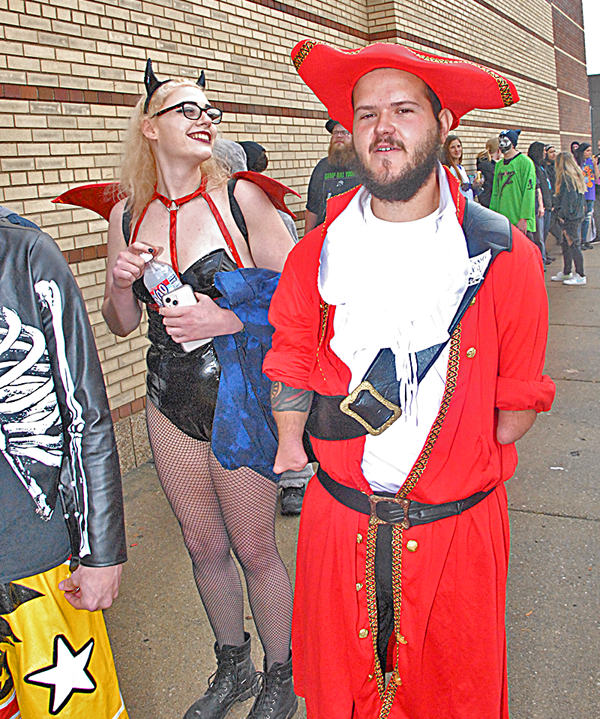 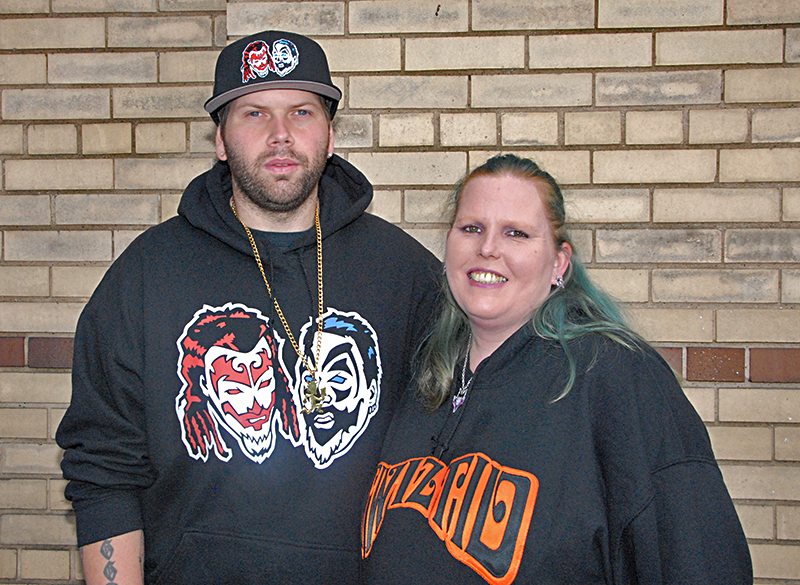 Among others, Brian and Marlene waited patiently in drizzling rain for the doors to open at 3 p.m. The opening act took the stage at 4 pm with the headliner hitting the stage at 11p. I have no idea how you pass six hours of audio saturation. 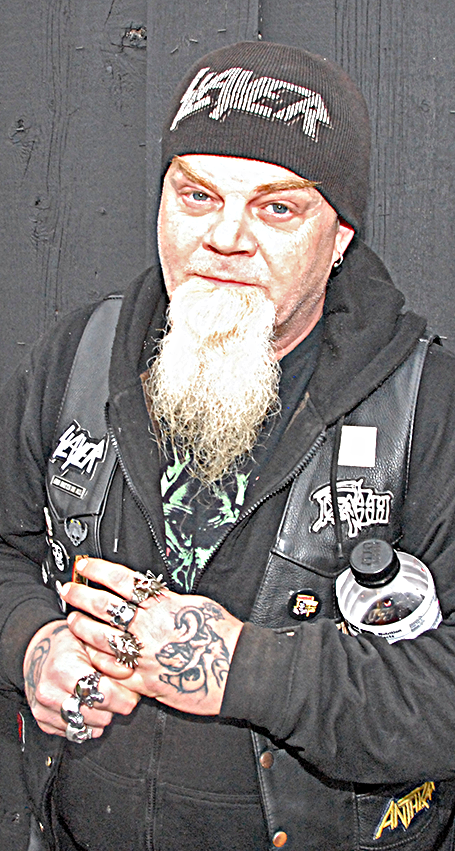 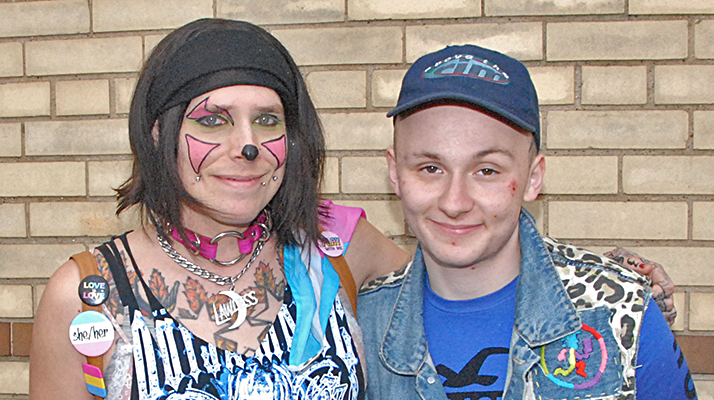 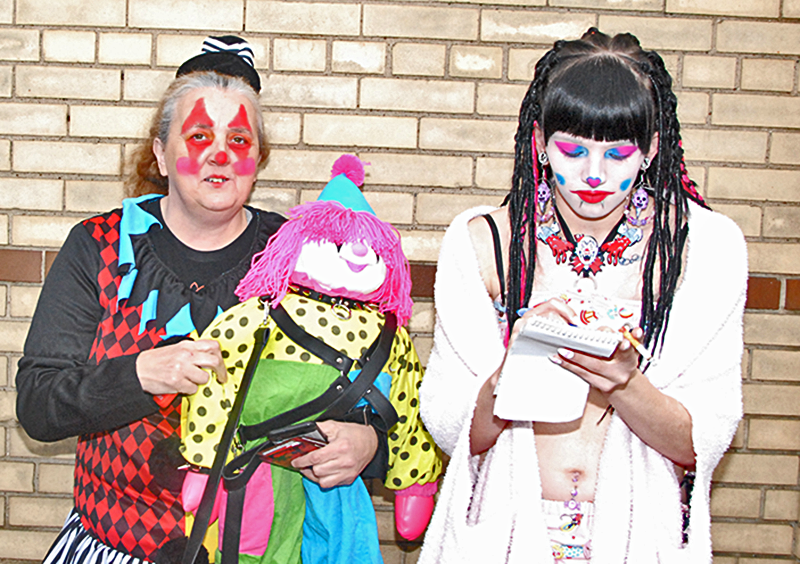 And, I met and was photographed with Curtis Bolt, shown above (that’s me on the right). 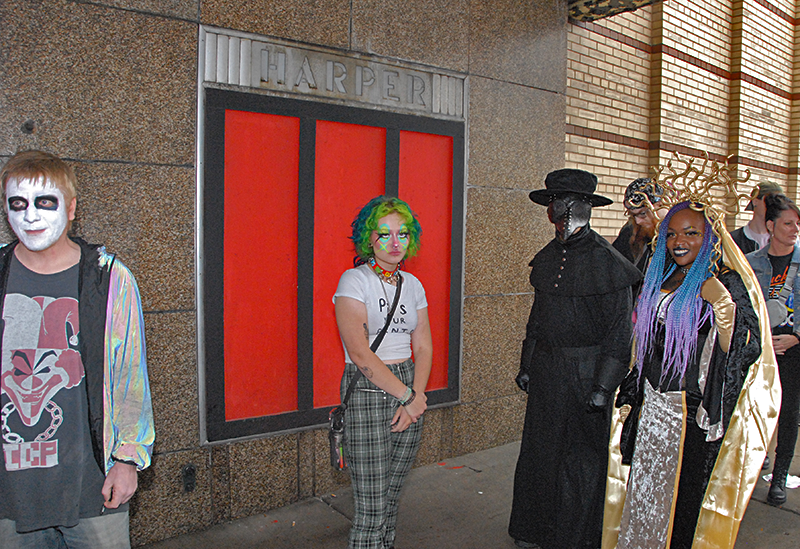 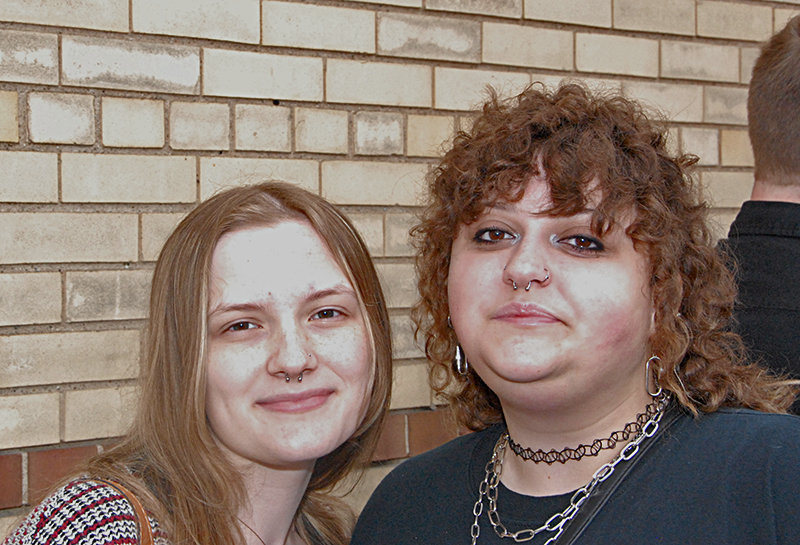 I would also guess there was a long line to the bathroom at the end of the show to clean up a little.  Just imagine a carload of the Virginia Posse still in face paint getting pulled over by a Detroit Police car at 1:30 a.m.! 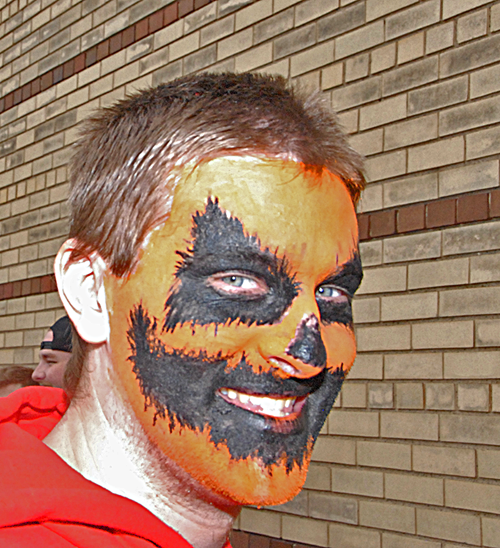 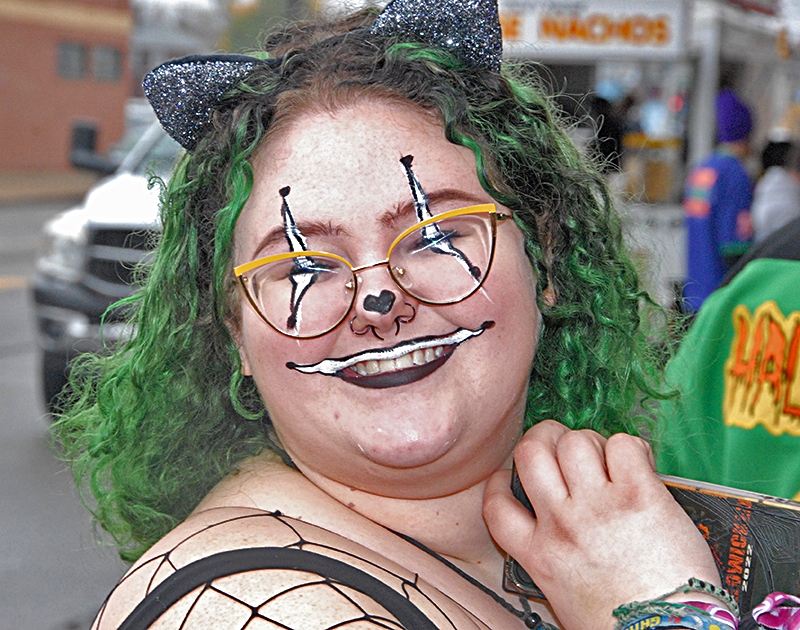 I have read that the ICP often is dismissed as simply reinforcing a sense of alienation its followers feel, but perhaps the opposite is true:   This culture is one of the few major sources of positive meaning for its audiences, burdened daily by the fact they are outsiders and economically marginal.