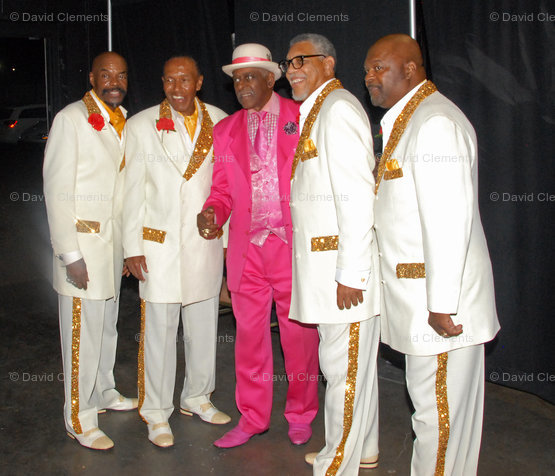 I had not heard of many of the 30 recording artists/groups performing at Detroit A Go Go, the October, 2017, showcase of artists who began recording in Detroit in the 1960s. Some of the acts had had enduring careers; many others experienced only a brief moment in the limelight. The Fantastic Four (1967 #6 R&B hit ” The Whole World Is A Stage”, Ric-Tic Records) with Fast Freddie Anderson were known and revered in England. 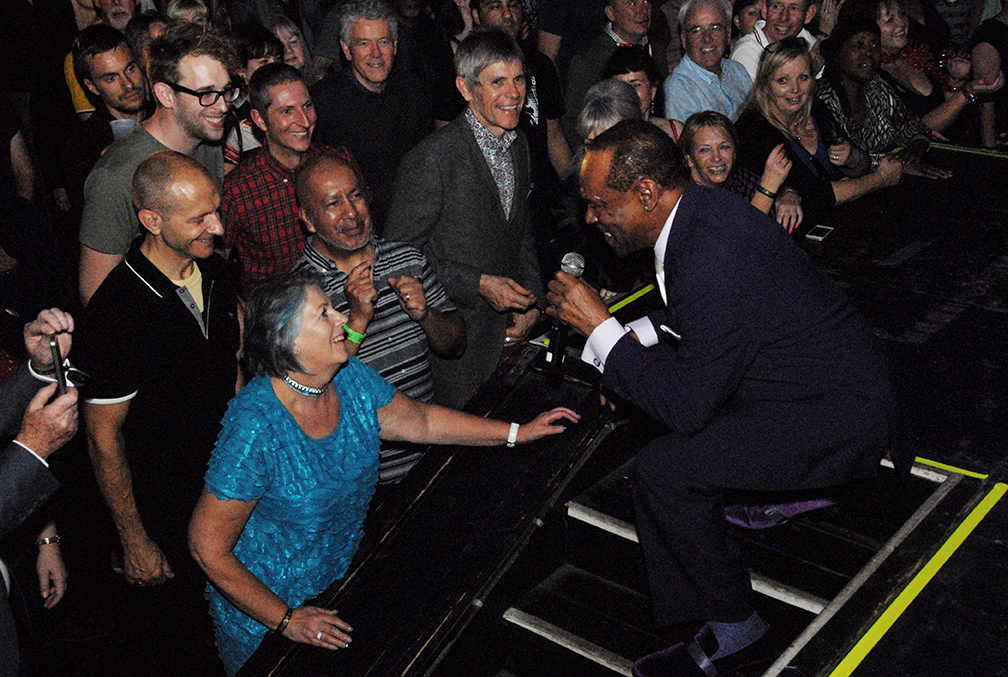 In attendance were over 300 Northern Soul music lovers from the U.K., where many of the performers had continued their post-Motown careers and garnered an adoring fan base. The Brits’ enthusiasm added to the electricity of the large nightly audiences seen here with Joe Billingslea of The Contours. 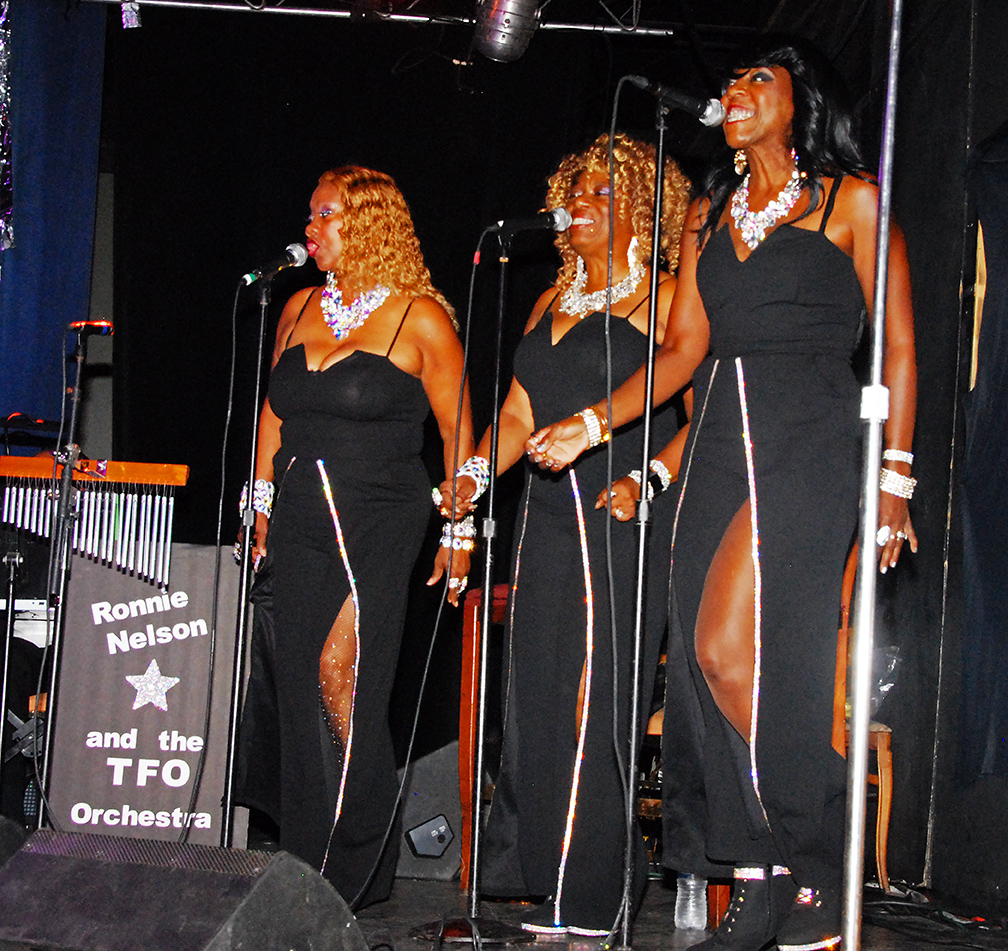 Detroit A Go Go was produced by Brits Kimberly and Phil Dick at the cavernous Bert’s Warehouse Stage in Detroit’s Eastern Market. Four nights of live performances, on time, featured the excellent “The Ladeez” as backup singers with a well-arranged house band. 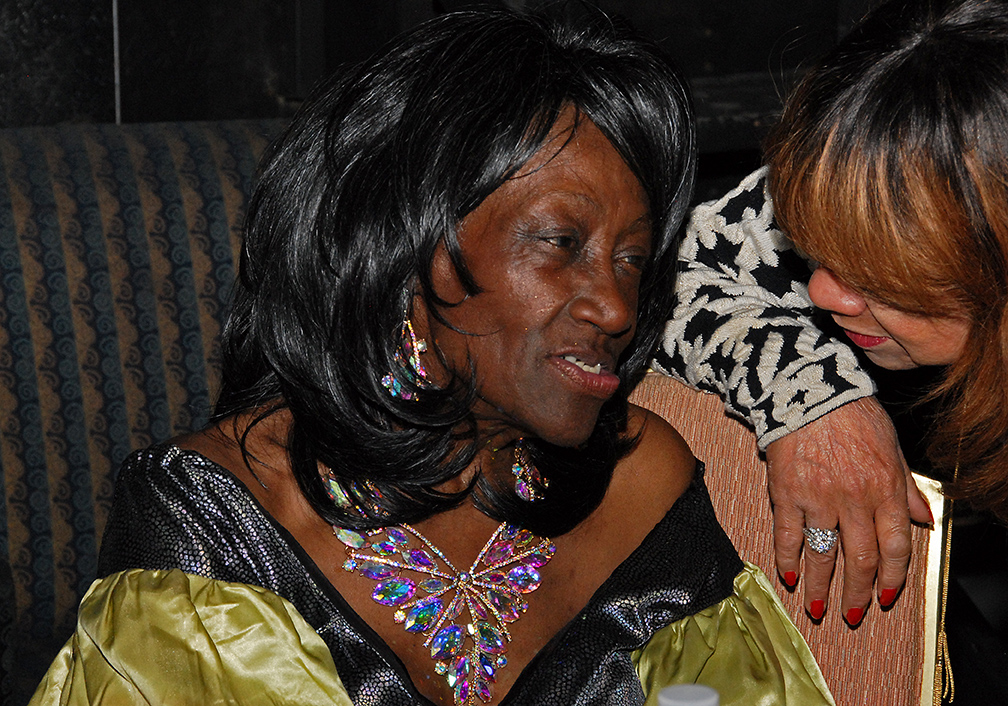 I did recall Kim Weston, age 78. We met backstage as she prepared for her performance.  She had signed with Motown in 1963 and had some minor record releases.  In 1965 she was teamed with Marvin Gaye on the hit single and album, “It Takes Two.” 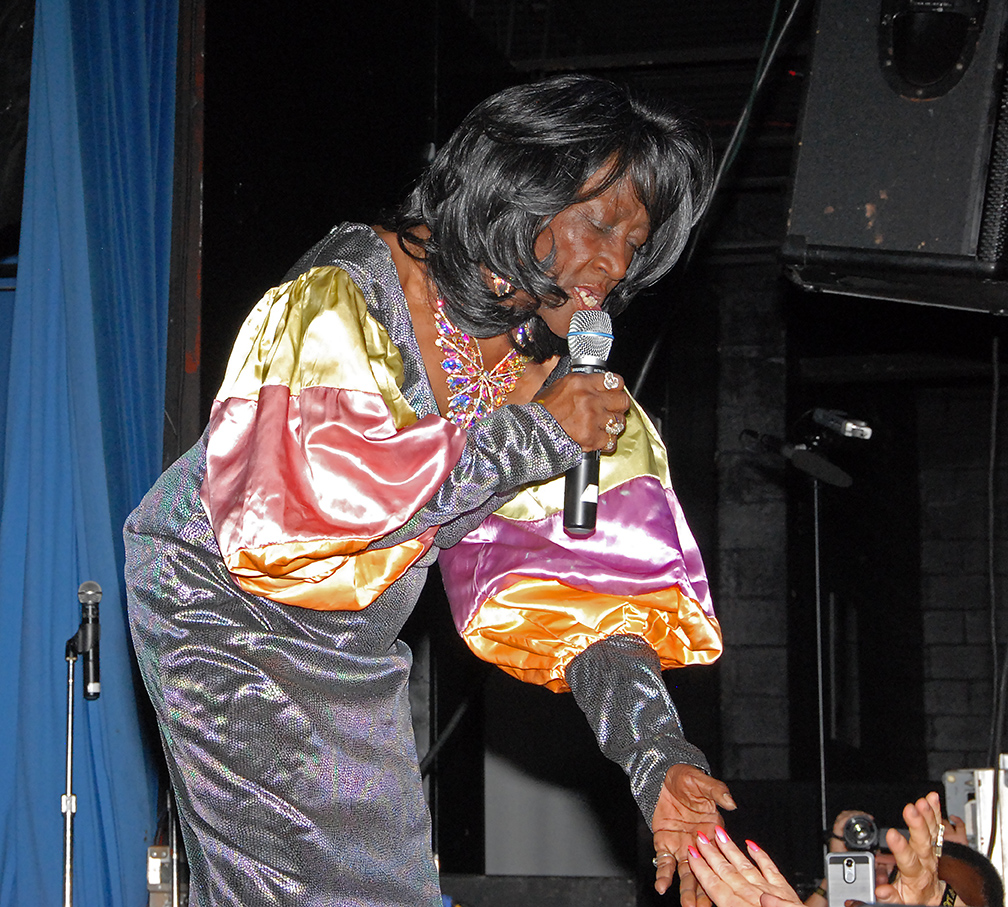 Kim toured England before any of the other Motown touring shows. She left Motown in 1967 and recorded on various labels until 1970. In 1987 she recorded again in England and has returned frequently. She continues to maker her home in Detroit. 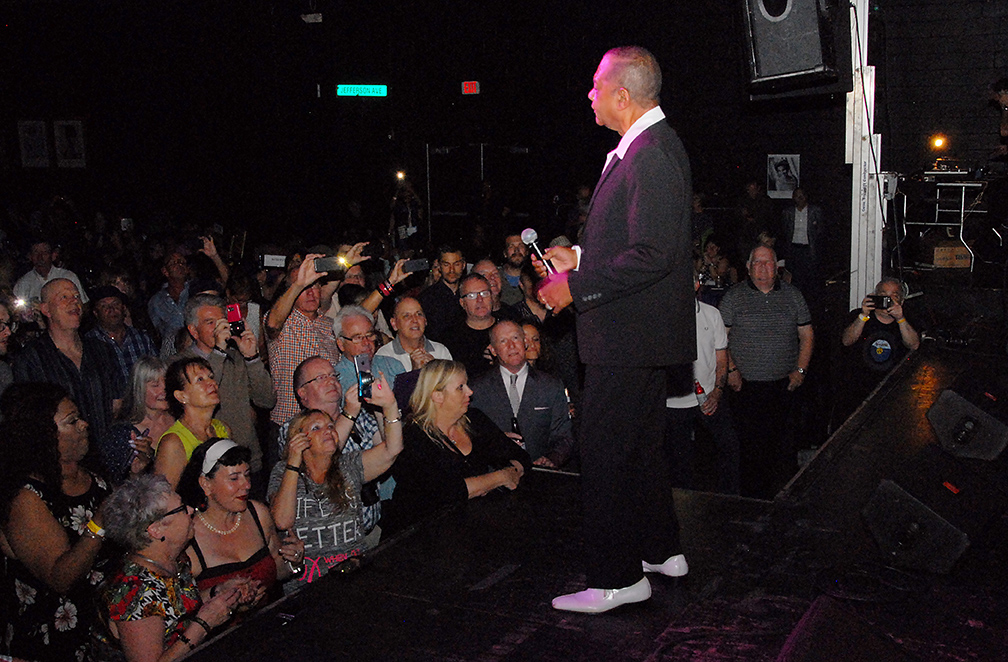 I was very impressed with J. J. Barnes, 74. When he took the stage, he owned it, and the audience loved him. He had been under contract to Motown without success. Over his career he recorded over 25 songs on various labels. 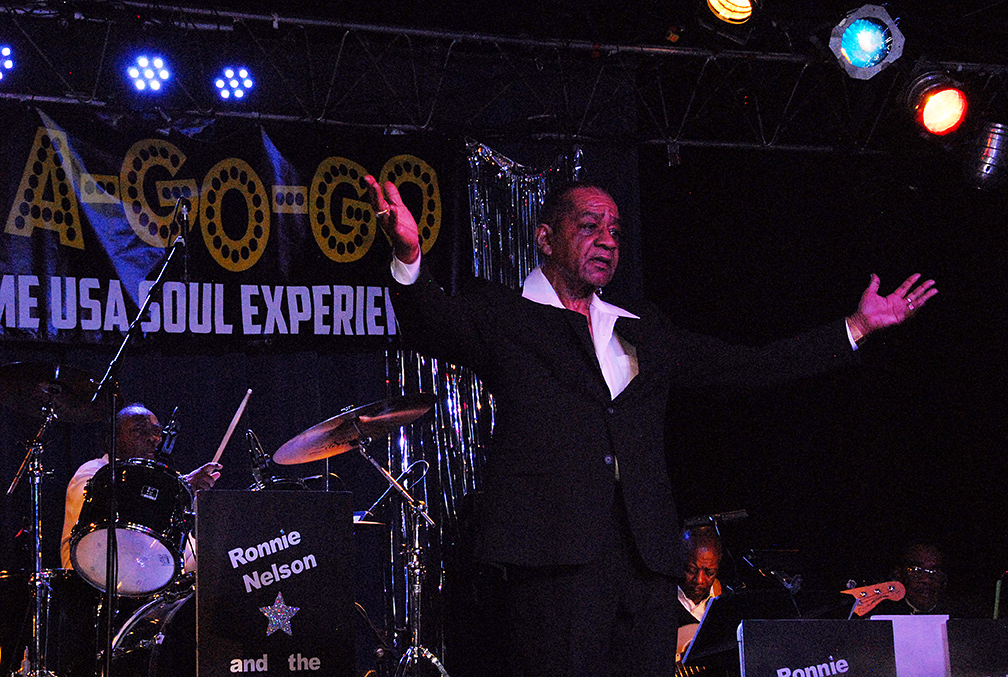 He moved to England in 1970, and gained respect during a career built on his 1967 R&B hit, “Baby Please Come Home,” on Detroit’s Groovesville Records. 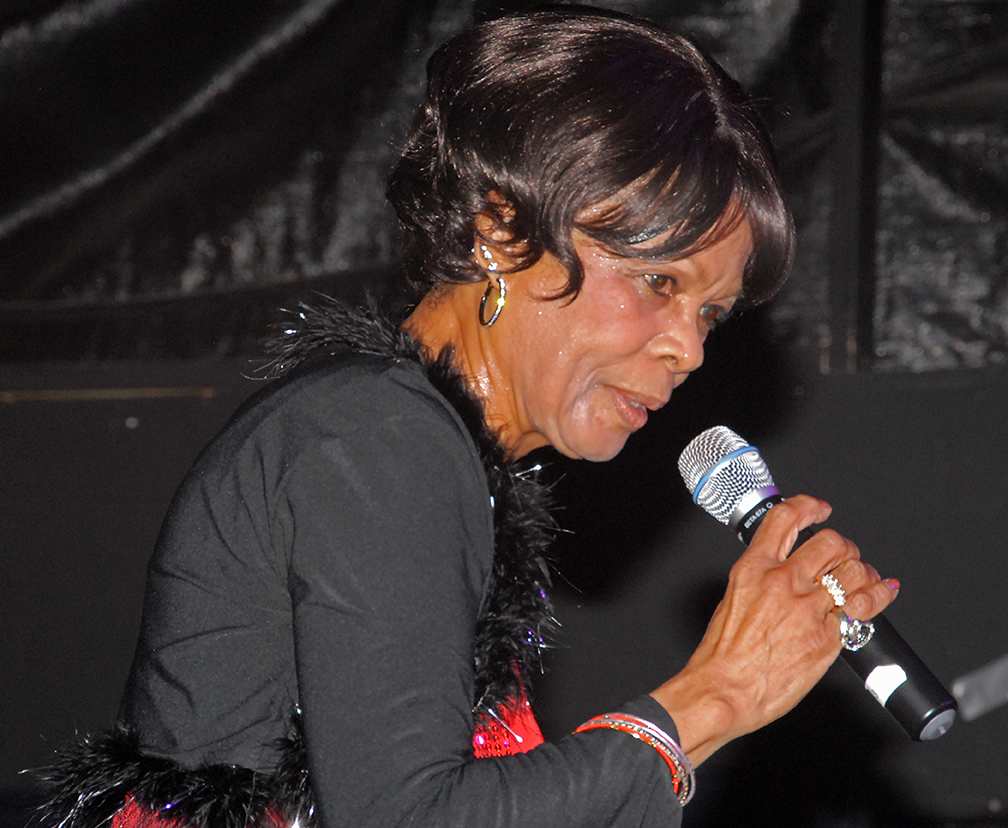 Carolyn/Caroline Crawford, 69, took the stage with the confidence of a seasoned performer. She worked effortlessly through her catalogue of tunes. The Ladeez backed her up with smooth vocals and rhythms. In 1963, at age 14, Caroline won a talent contest at Detroit’s Fox Theatre. Berry Gordy was a judge, and the prize was a recording contract on the Motown label.  The spelling of her name was changed to Carolyn. She recorded only three tunes with Motown. The biggest was “My Smile Is a Just a Frown (Turned Upside Down),” penned by Smokey Robinson. Her contract was not renewed after 1964. She moved to the Philadelphia International label in the 70s and recorded the vocals for the disco hit, “Let’s Start the Dance.” She went on to record several albums and worked extensively in England. 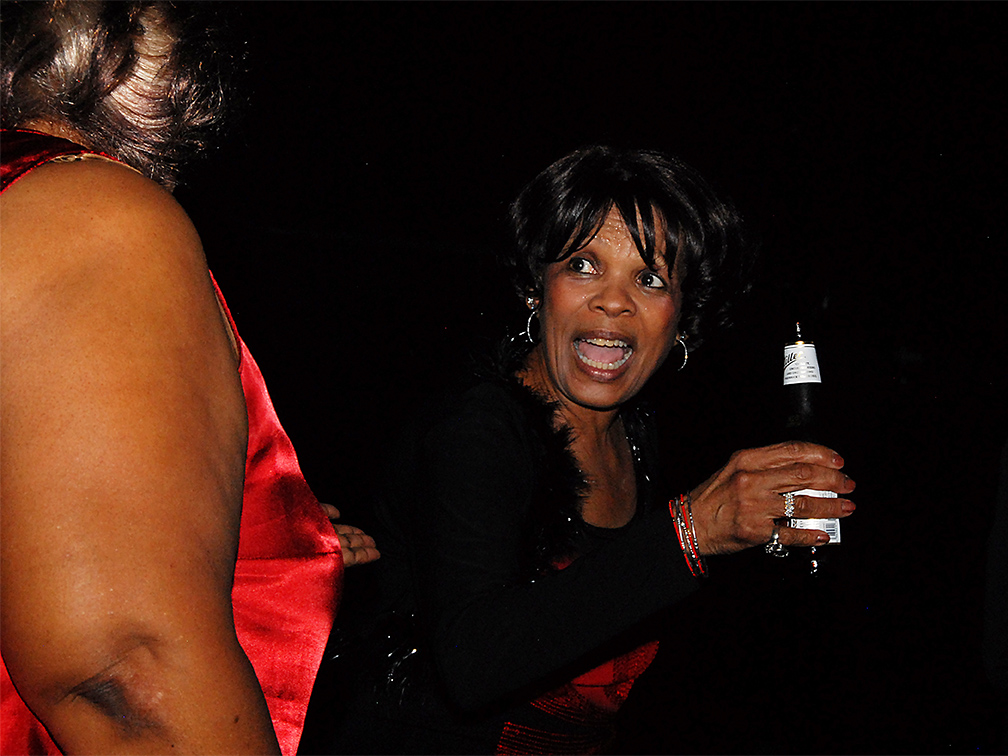 When Carolyn came off the stage from a very well-received set, she was pumped.  She quickly found a beer and began circling and commenting to the table of artists I sat with. I felt the excitement radiating from her. Live performance is a rush.

Note: All images are available for download at:   wwww.davidclementsproductions.com