The Detroit Free Press recently published an article in anticipation of the upcoming Detroit Giants of Gospel show.

This Friday at the Ellen Kayrod Gallery, Kelly and the world of Detroit gospel will come into focus via the work of street photographer David Clements. Titled “Detroit Giants of Gospel Music,” the photo exhibit runs through June 16.

Clements has been working on the series since 2014 and trains his lens on longtime local groups like the Morning Echoes, the Pure Heart Travelers and the Heavenly Stars of Detroit, who recently celebrated their 45th anniversary as a group. 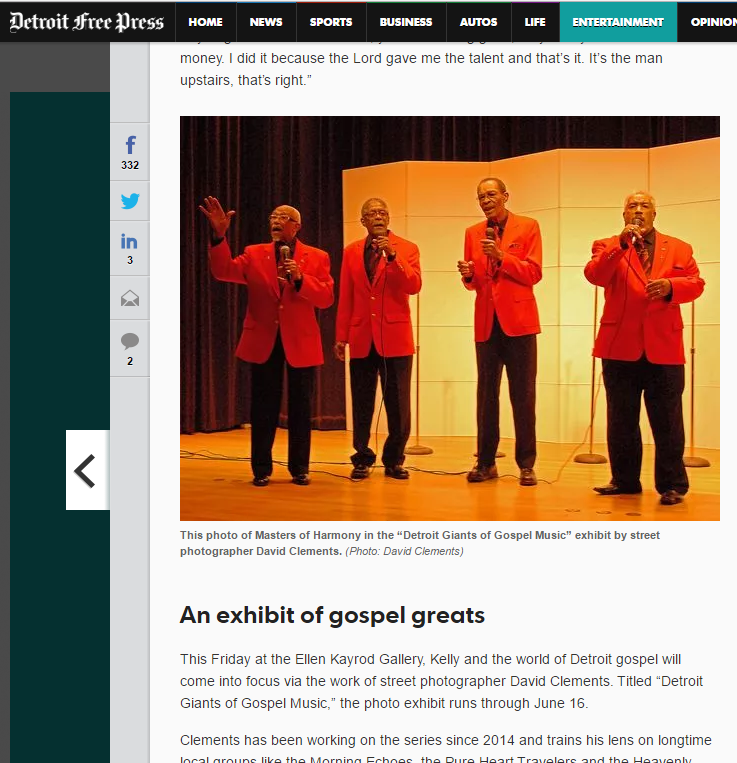