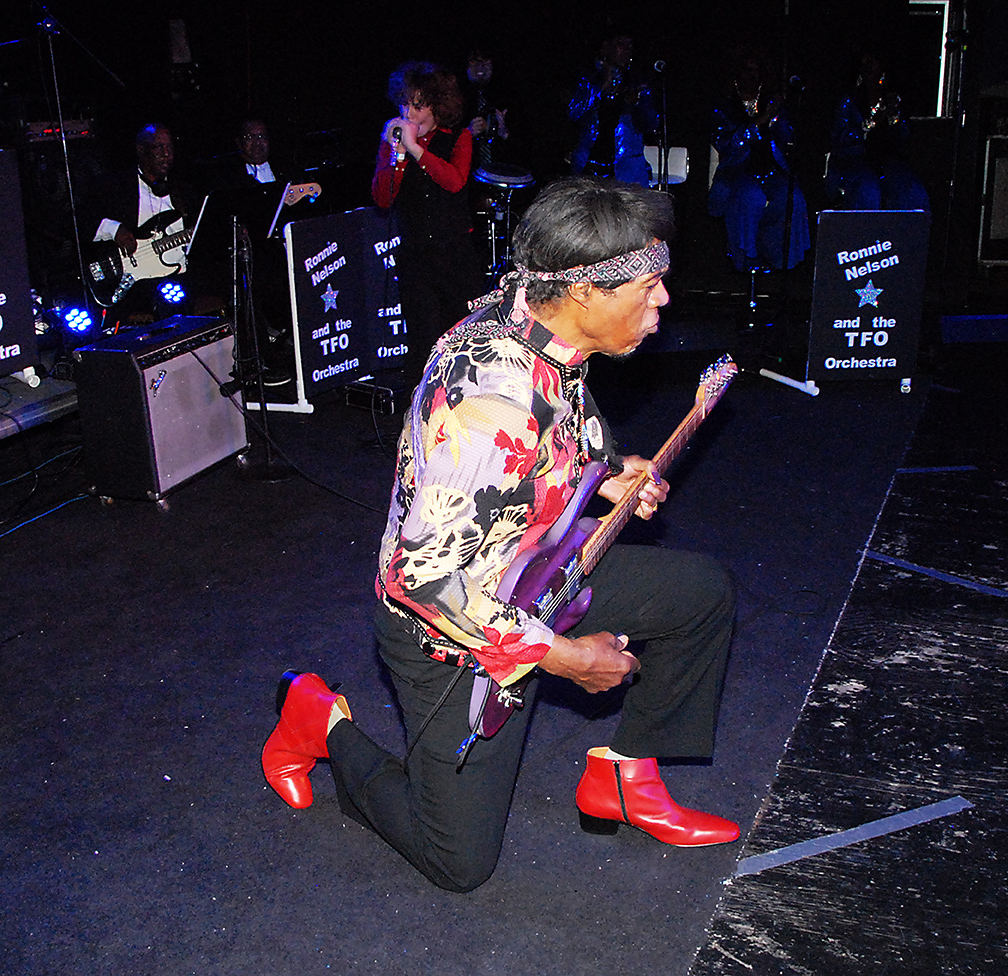 I walked into the cavernous Bert’s Warehouse Stage in Detroit’s Eastern Market for a photo shoot at the 2018 Detroit A Go Go Friday night show. A trim guitarist with red shoes was tearing up the stage, bending strings, 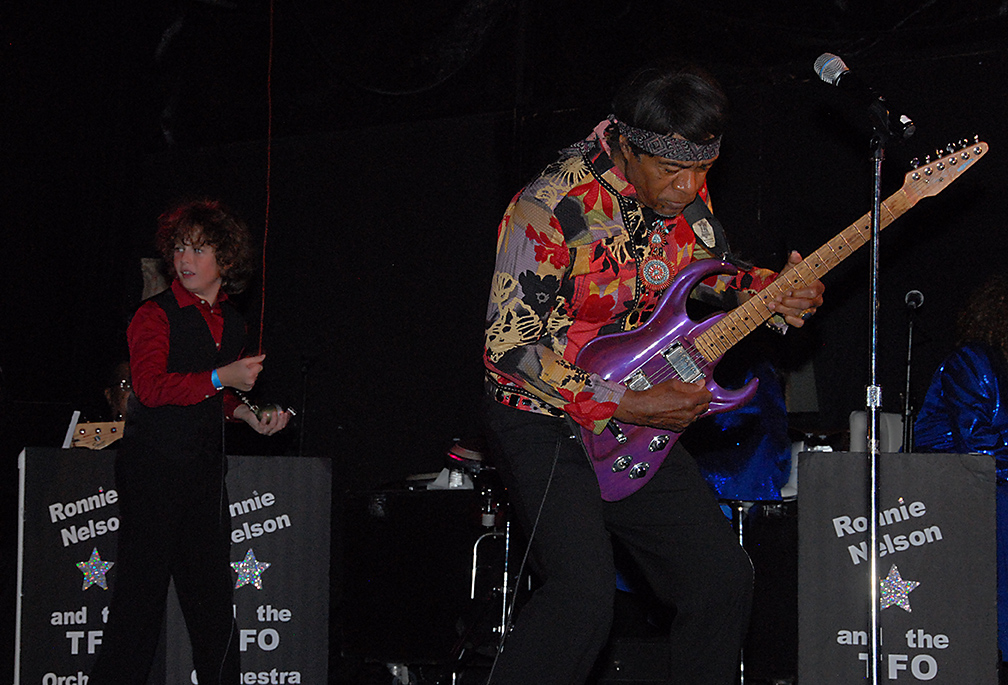 backed by the house band that featured a 10-year-old harmonica player, Mighty Michael Mendelson. I would have sworn that it was Jimi Hendrix onstage blasting out amazing guitar licks. I’d seen and heard Hendrix at Woodstock but here, instead, I was witness to a live performance of the amazing 81-year-old Billy Davis.

At the time I did not know who he was. Well, as I soon found out, Billy Davis is “Mr. Music History.” 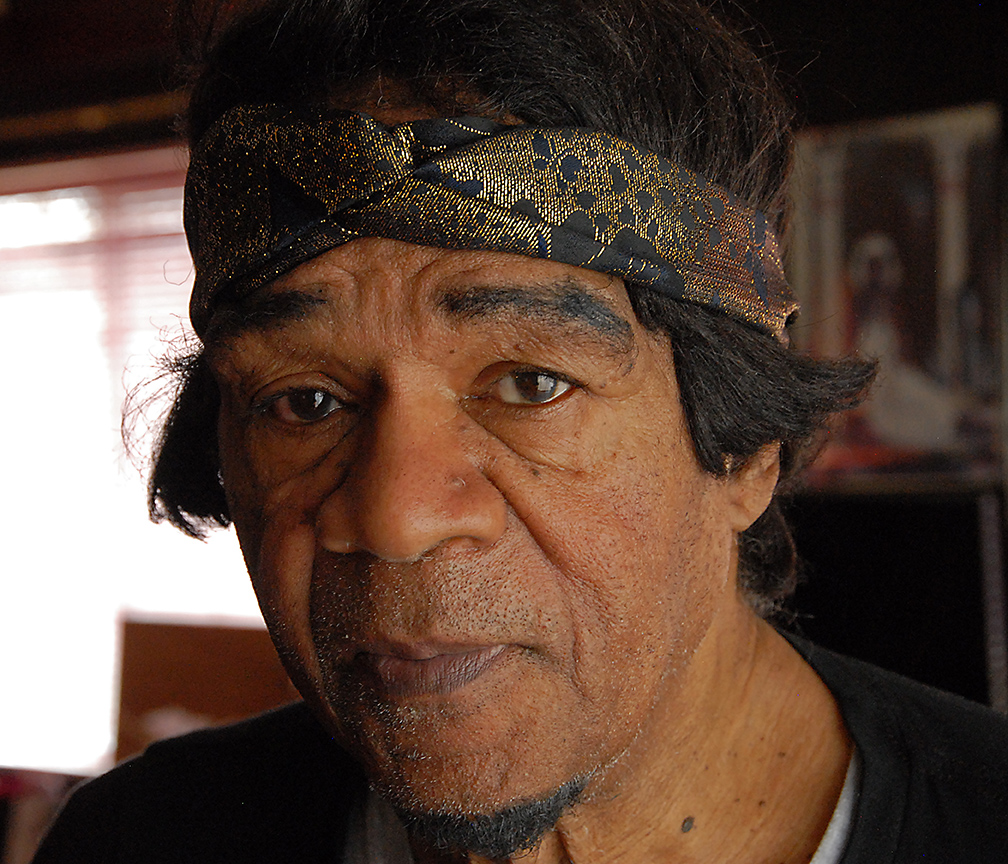 Billy Davis migrated to Detroit from Mississippi at the age of 13 in 1953. His grandmother was Cherokee,  and great grandfather was white, which contributed to his good looks. He soon picked up the guitar and, in 1956, fronted Billy Davis and the Upsetters, managed by Berry Gordy. At some point he was baptized by Reverend C. L. Franklin and first met Franklin’s daughter Aretha when she was 9. 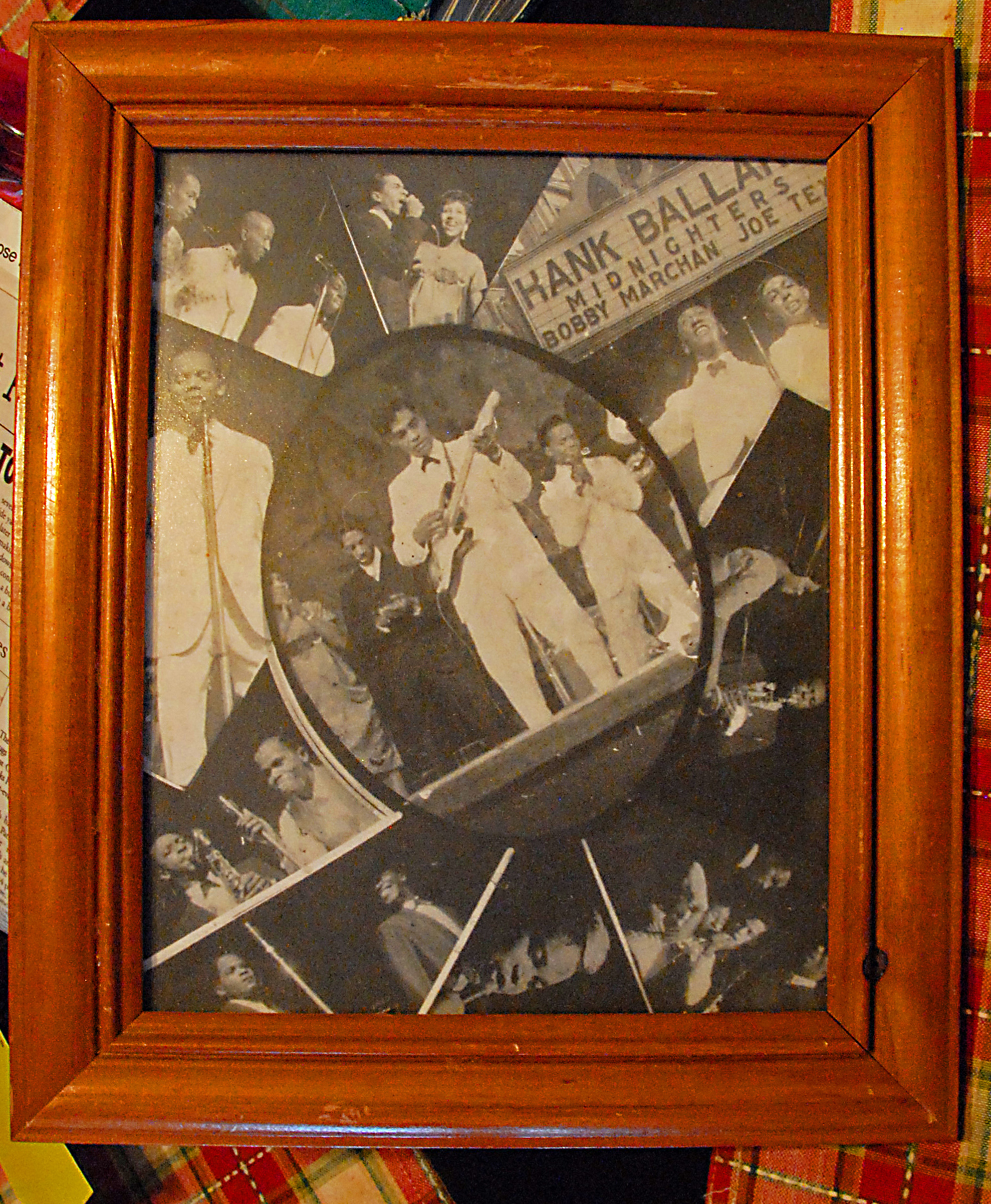 In 1959 Billy joined Hank Ballard and the Midnighters. He worked as their lead guitarist, often as the solo opening act, off and on for 30 years.  Billy once talked to Berry Gordy about his unique guitar style. Gordy, however, was not interested in changing the Motown formula. 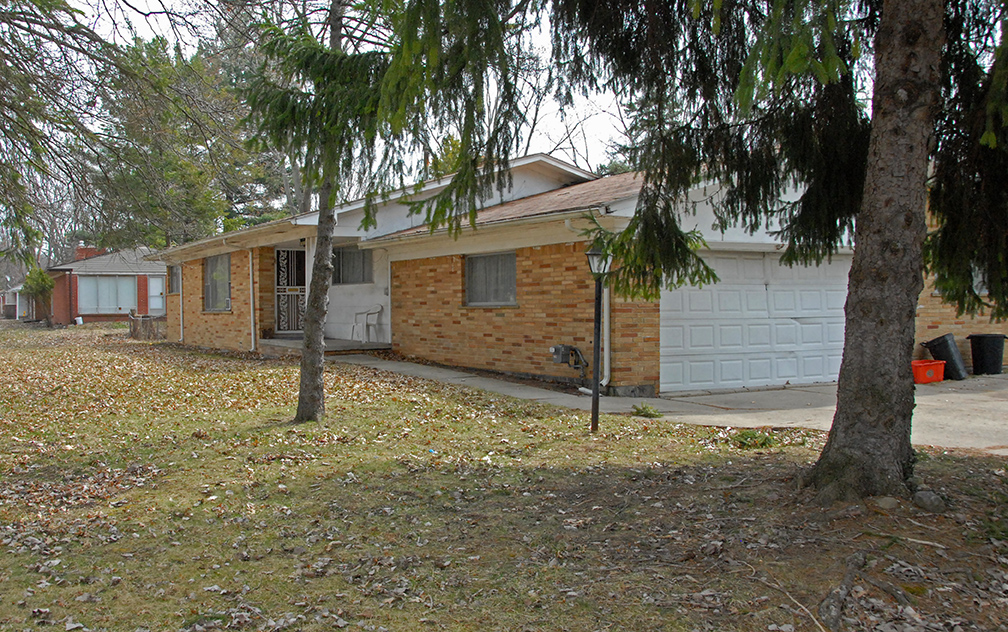 I interviewed Billy at his Southfield, Michigan, home in March, 2019. 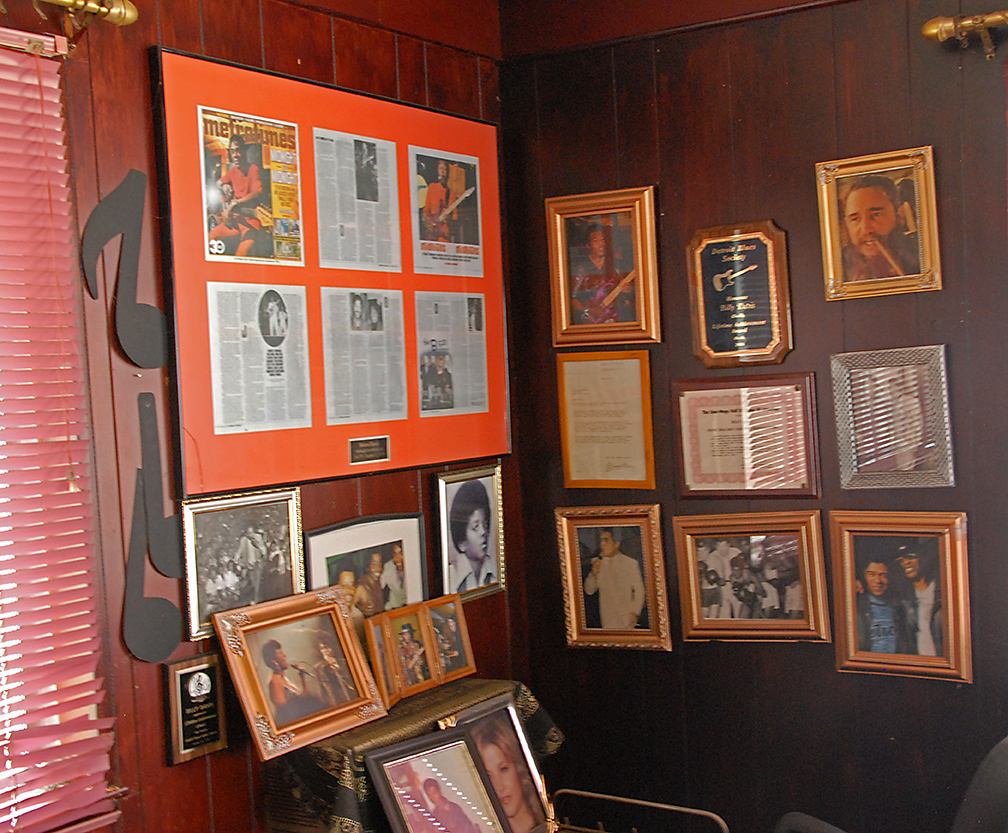 It was Billy Davis that introduced the famous “Jimi Hendrix” style of guitar to the world. A teenaged Hendrix had watched, transfixed, by Billy’s opening solo act during the 1959 tour withHank Ballard and the Midnighters  in Seattle. As Billy recalled it, “Now, I am in the dressing room after the show, and a band member tells me ‘There’s this guy at the door that wants to meet you. Please come and just say hello.’ So I walked out into the hall. He had a great smile and invited me to his home, and I went. I met his father. I had never seen the kid before. I just took to him. We met several times after that, and I introduced him to my style of guitar.”

The house is packed with the ephemera of his career. While we were sitting at the kitchen table he showed me some great photo albums. Amazing! 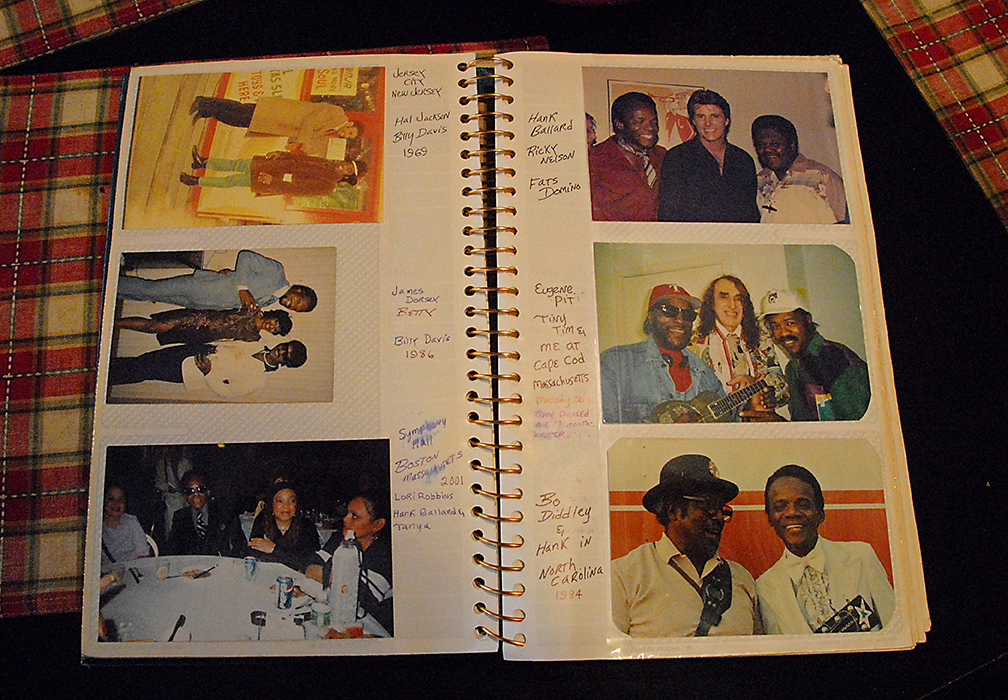 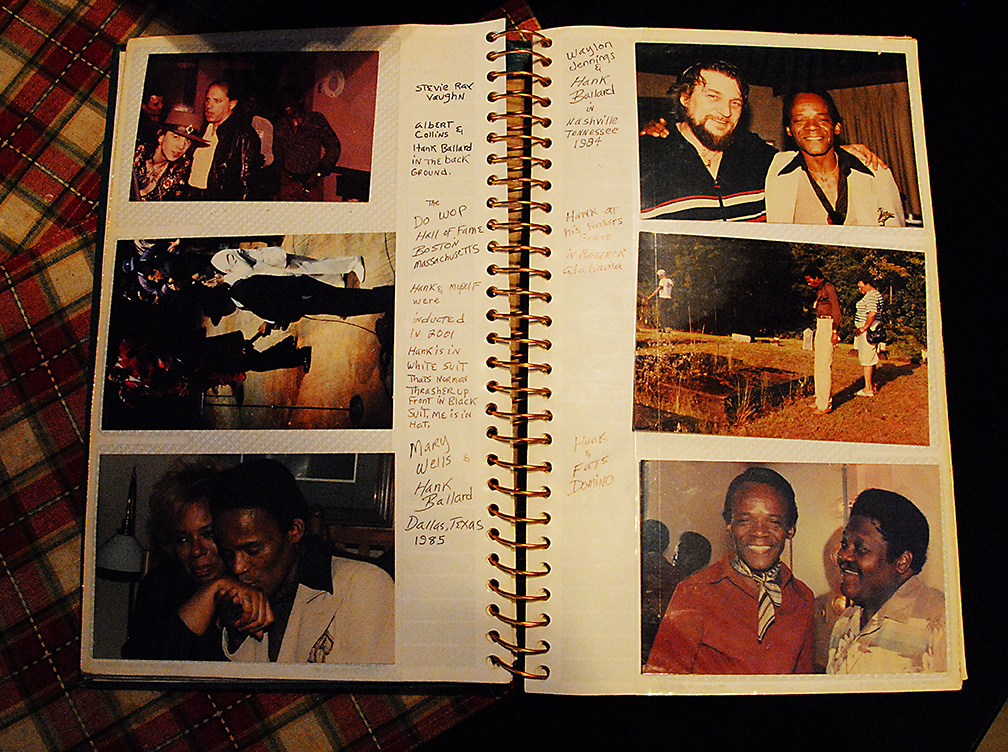 “I wake up in the morning and ask, ‘Did this all happen to me?’” Billy said. “James Brown was a friend. He repeatedly asked me to join the band. I said no… he was just too hard to work for.” 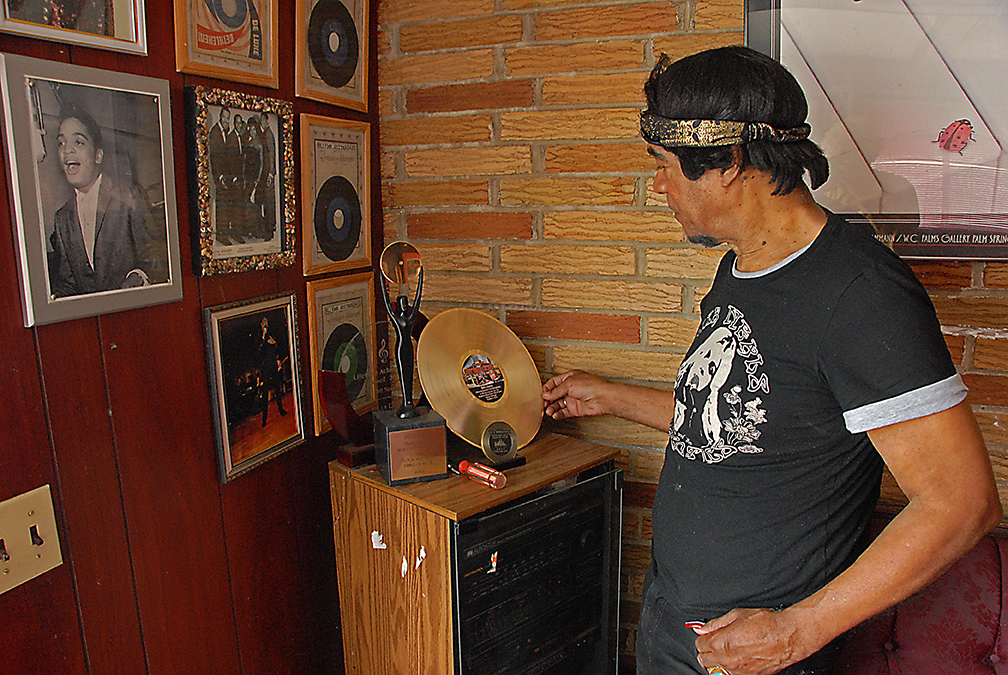 In 1990, the legendary Hank Ballard and the Midnighters, including Billy Davis, were inducted into the Rock and Roll Hall of Fame in Cleveland, and in 2001 they joined the Doo-Wop Hall of Fame in Boston. 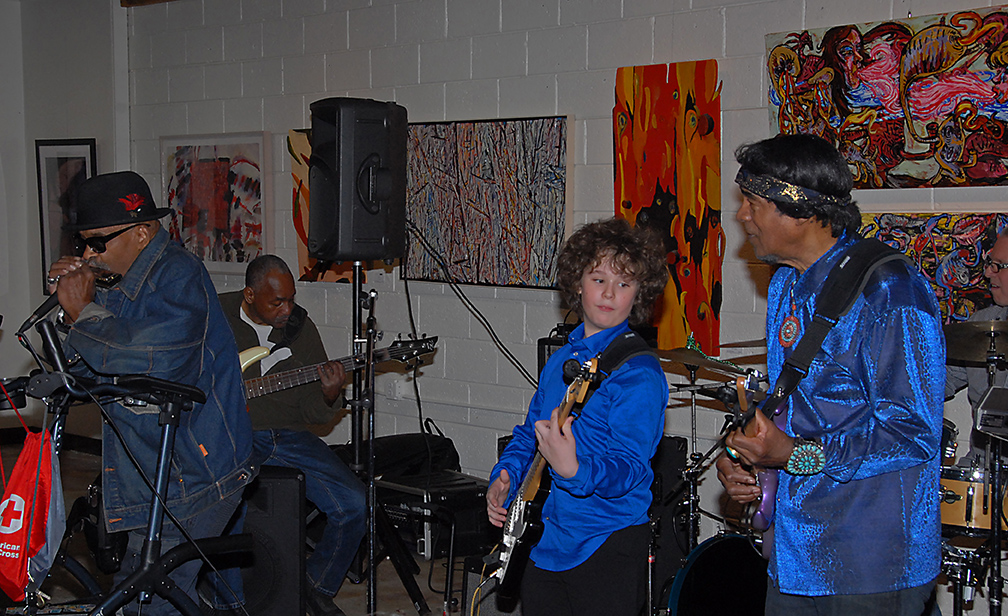 Billy Davis Rhythm Machine continues to perform, often with Mighty Michael Mendelson, around the Detroit and Ann Arbor area. “I do the best I can,” says Billy.

Note: more images of entertainers are available for email sale at: www.davidclementsproductions.com