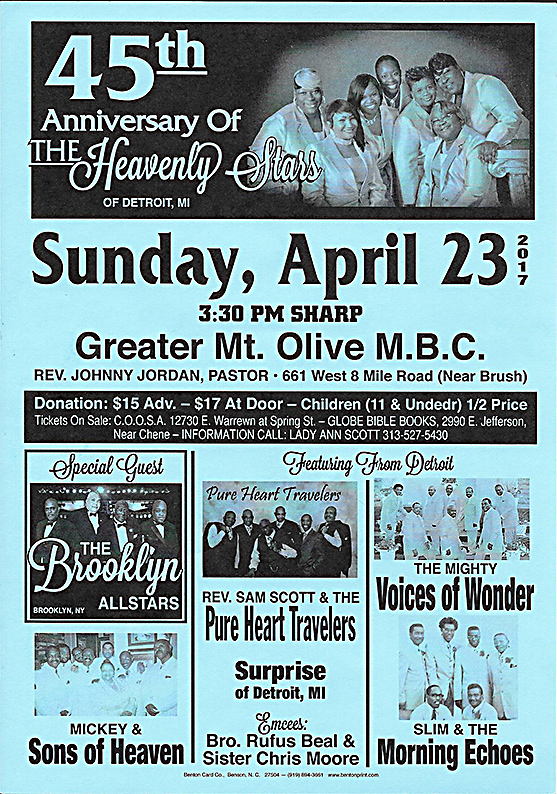 The flyer for the 45th Anniversary of the Heavenly Stars of Detroit is reminiscent of the large posters that gospel music promoters used to staple and nail to telephone poles and wooden walls around Detroit. A national gospel act – The Brooklyn Allstars – will headline the show. This group has been performing since 1950 and is led by Thomas Spann, age 94. 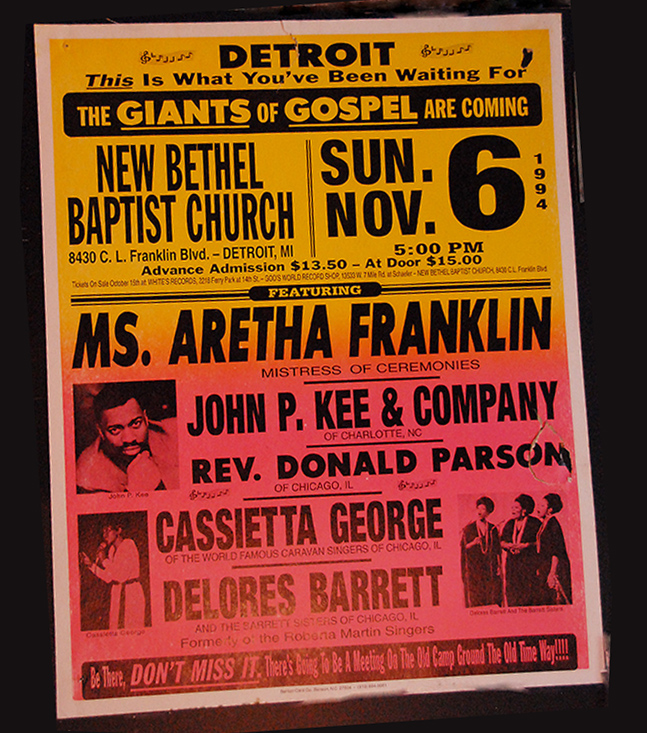 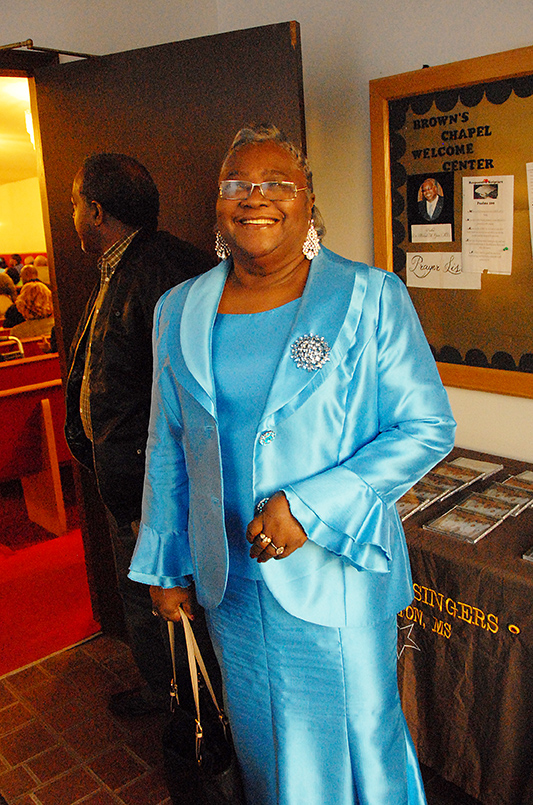 You can be assured that Heavenly Stars leader Ann Scott, 76, will start this show on time. She is a stickler for punctuality. 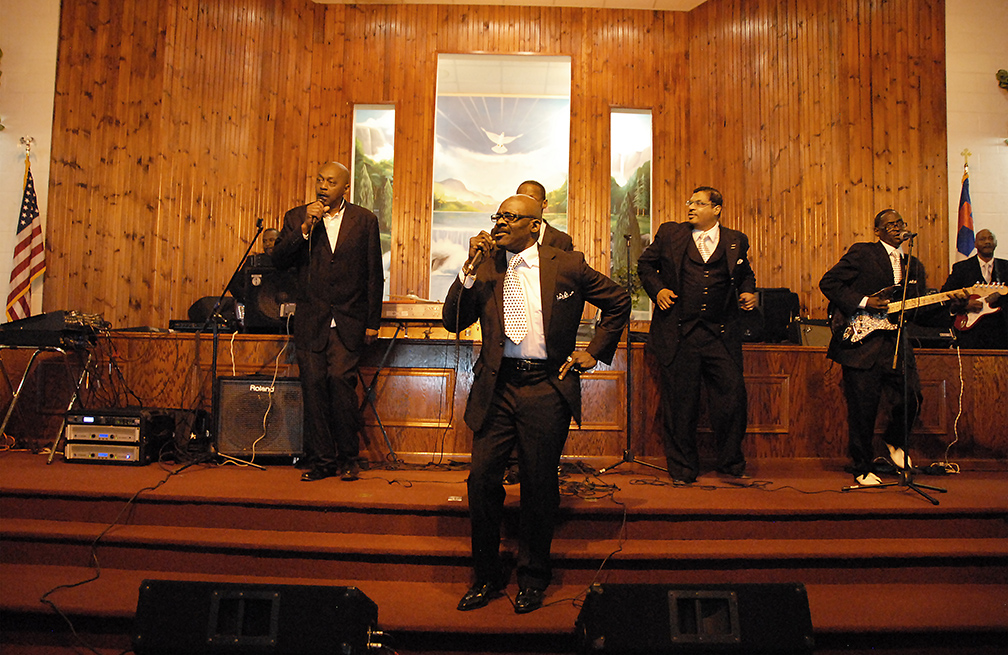 The flyer also announces Mickey and the Sons of Heaven, a surefire crowd pleaser. Lead singer Mickey Redmond, at age 65, is a professional performer who tears up the aisles. 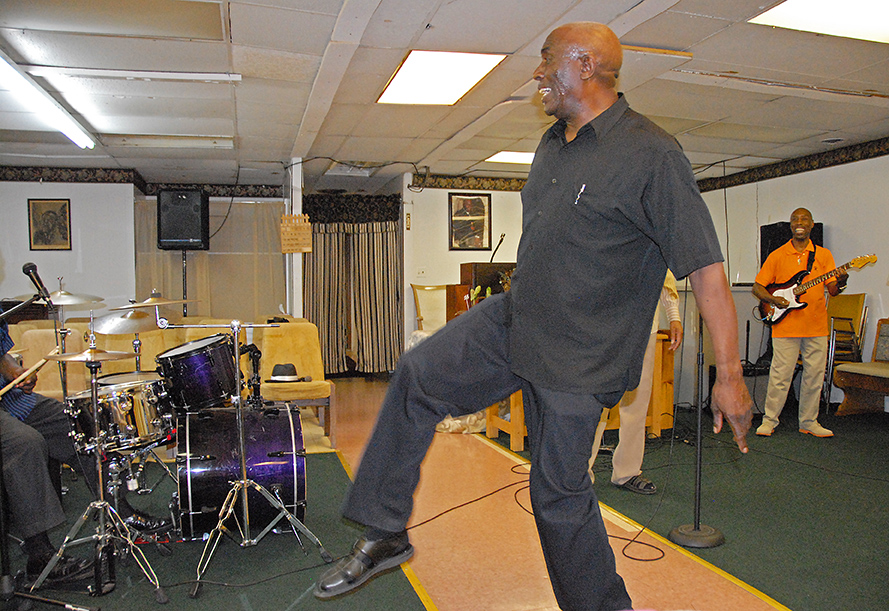 Ann’s husband, Sam Scott, and the Pure Heart Travelers,  rehearsing, are on the bill. At 76, Sam has the persona of a stern and dynamic singer with the unique ability to leap into the air unexpectedly and kick up one leg. He has been performing for over 40 years. 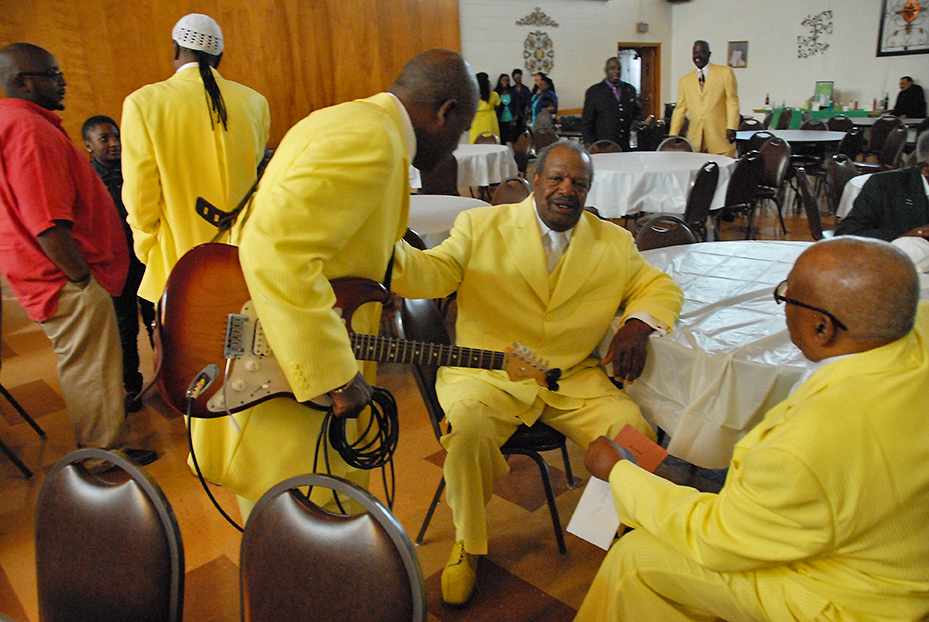 The Mighty Voices of Wonder is one of the most colorful groups, often wearing matching canary-yellow suits. They have multiple lead singers. 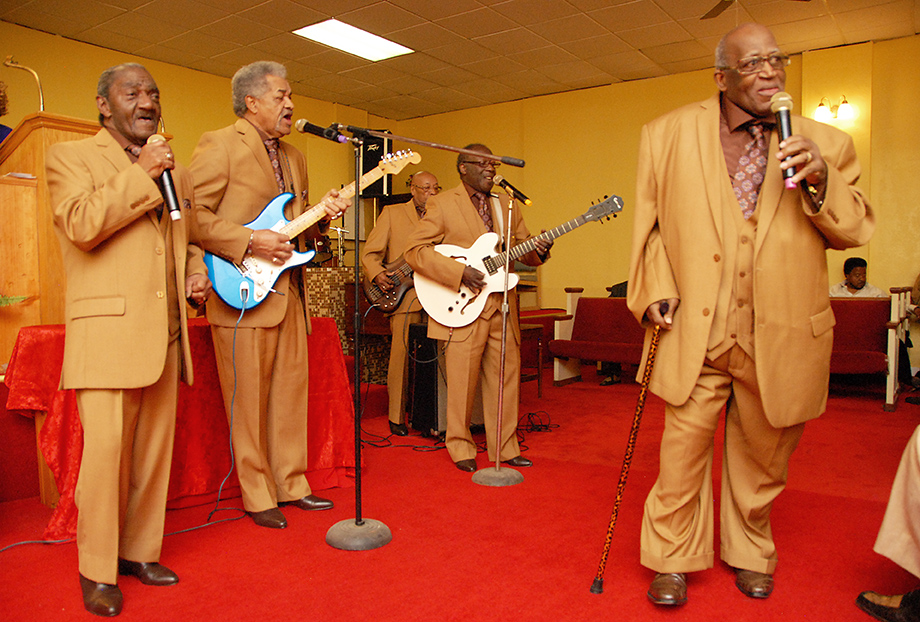 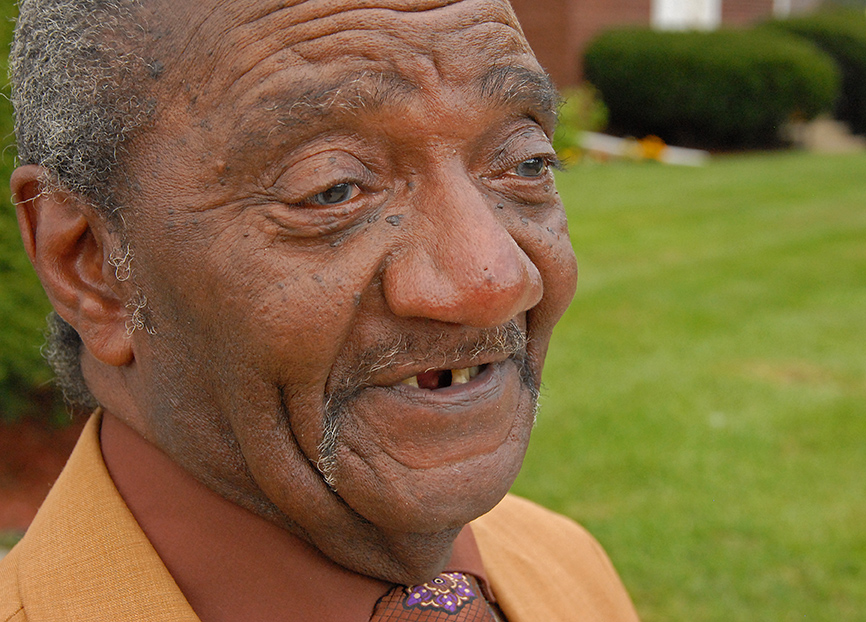 Slim and the Morning Echoes have been performing for over 60 years. The group’s name is a bit misleading: Slim has been dead for at least four years. Sonnie Massey, at 86, is the group’s last original member. 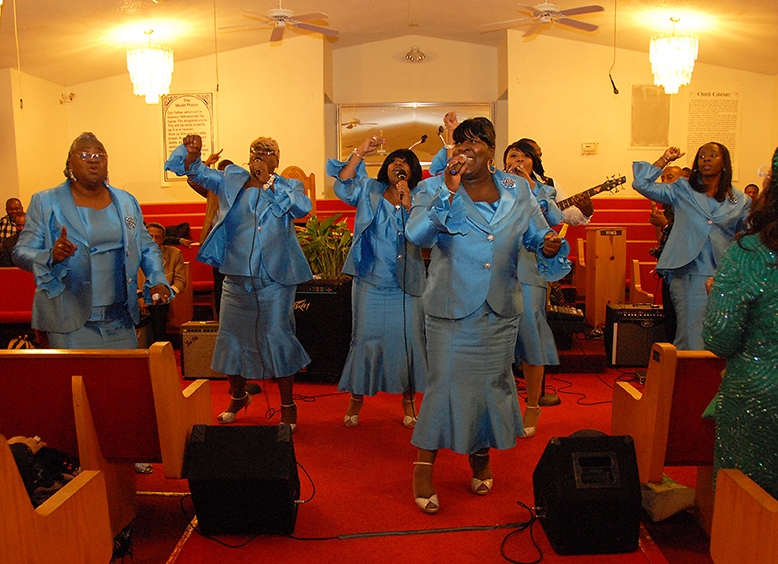 This will be a great show to see and feel. I encourage readers to come. Nice crowd, great church, and an occasion to experience the center of gospel quartet music in Detroit and the U.S., a sound that is at the roots of R&B and Rock ‘n’ Roll.

Images of several of these groups can be seen at the upcoming  Detroit Giants of Gospel Music documentary photography exhibition, April 28 – June 16, 2017, at the Ellen Kayrod Gallery in Detroit. The Masters of Harmony will perform at the opening April 28 at 7:00 p.m. The leader is Thomas Kelly, age 103. Mr. Kelly has led Detroit gospel acapella quartets since 1926! Perhaps he is the oldest performing musician in Detroit.

You may review exhibition photos at:   www.davidclementsproductions.com